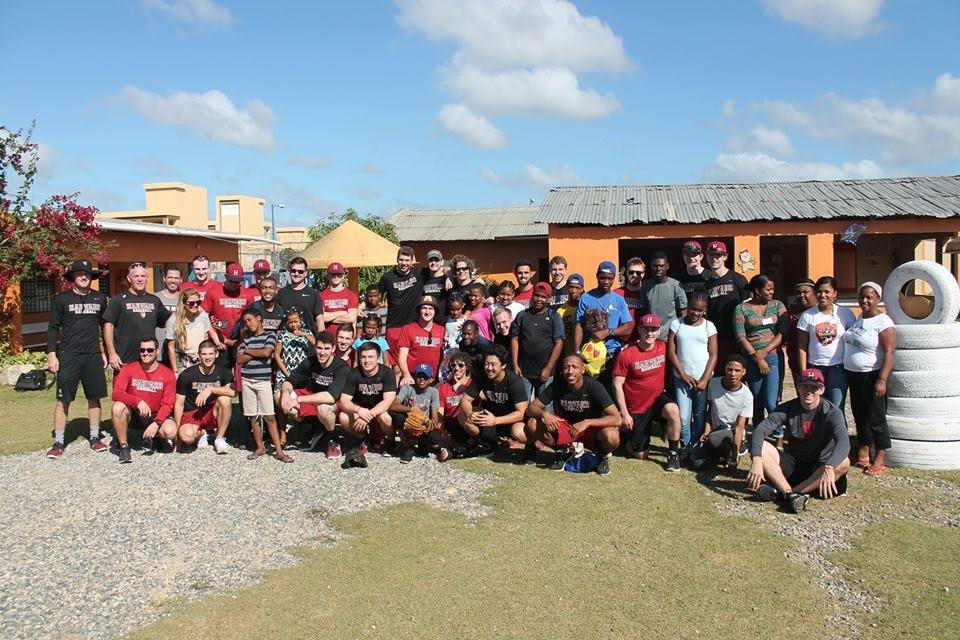 In the five days following Christmas, the Harvard baseball team left behind the mistletoe and eggnog to travel to the Dominican Republic for a trip that proved to transcend baseball.

“It was an amazing opportunity,” said coach Bill Decker. “It was really a tremendous experience — baseball was obviously part of that experience — but I think the more meaningful things might have been everything we did off the field.”

“We really packed a lot into those couple of days,” added sophomore pitcher Chris McGrory. “Each day, we played a game and then did some sort of community service.”

Over the course of the trip, the team participated in various community outreach projects, from painting a house in an impoverished village to visiting a local orphanage. The time spent playing with the children at the Casa de Amor orphanage was especially meaningful for the Crimson squad.

“The orphanage was probably the most impactful part of the trip for me,” said McGrory. “To see the fun that the girl I met, Maria Luisa, had with a slide and an inflated ball reminded me of the relative unimportance of material goods.”

“It was powerful; it was really powerful,” noted Decker about the experience. “When you look at your teammate with the child he’s teamed up with, and he looks at you with the youngster you’re teamed up with, it’s really meaningful. And for me, it was really awesome to watch our guys and their interactions with the kids.”

“There was a healthy, friendly competition on the field,” Decker said. “But through other interactions like the lunches that we had afterwards, [our players] really got to know who they were. After the game, it was picture-after-picture, getting to know some of the players from the other squad.”

“[The Dominican teams] played with great energy and passion,” added McGrory. “They had a really stress-free and loose style of play, one that I hope we can take back to Ivy League play. They played very confidently, and were just having fun with everything they did on the field.”

The matchup against the LBL Allstars stood out in particular due to the venue — a local field that proved that passion for the game is much more important than the quality of the dirt.

“The game was in an awesome environment — a village ballpark — and the whole neighborhood came out to watch the game,” added McGrory. “There was a ton of energy, a ton of passion.”

The competition was top-notch as well, and served as good preparation for the season as the team began the early stages of training.

“We played against three teams that were loaded with former minor leaguers and major leaguers,” Decker said. “There were also the guys that were coming up, some young kids that are going to be signed for quite a bit of money. I thought we trained fairly well — our guys did a particularly nice job in the second two games — and while we never over-extended anybody, the training that they did was awesome.”

Beyond the physical training that came with three days of baseball and one sunrise workout on the beach, the team experienced the mental and emotional training of becoming one unit.

“The things that we did down there were collectively team bonding things,” Decker said. “We were trying to create a culture where guys can invest in each other.”

“I think that getting outside of our comfort zone is going to make us a much closer team, both now and come springtime,” McGrory said. “When we face challenges during the season, it’s good that we got to know each other outside of the everyday Harvard life of baseball and academics.”

Coach Decker summed up the trip quite simply: “I thought our guys did a nice job on the field, but I thought they were fantastic off the field.”