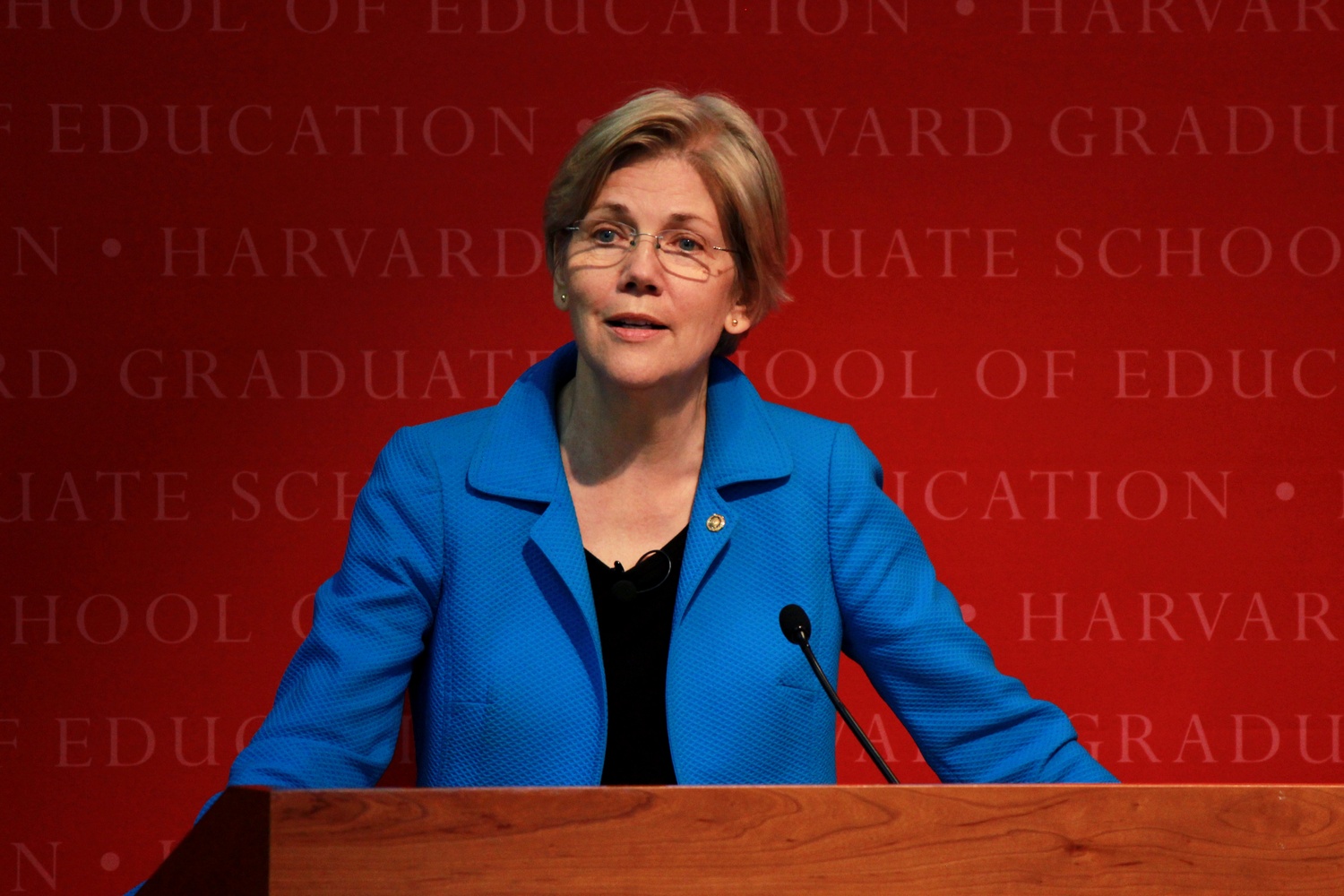 Massachusetts Senator and Law School professor emerita Elizabeth A. Warren announced her bid Monday for the United States presidency in 2020 by establishing an exploratory committee, one of the first formal steps to launching a presidential campaign.

Warren, a Democrat who began her career at University of Pennsylvania Law School and taught bankruptcy law during her time at Harvard Law School, released a video on her campaign website on New Year’s Eve declaring that she is “launching an exploratory committee for President.”

In the announcement video, Warren vowed to “rebuild America’s middle class,” recalling her background growing up in rural Oklahoma and her work to establish the Consumer Financial Protection Bureau — a federal consumer protection agency — in response to the 2008 financial crisis.

“America’s middle class is under attack,” Warren said in the video. “Billionaires and big corporations decided they wanted more of the pie. And they enlisted politicians to cut them a fatter slice.”

Warren’s campaign did not immediately respond to a request for comment Thursday.

Warren received tenure at the Law School in 1993 after serving as a visiting faculty member during a time when the school had just five tenured female faculty members out of a total 50 tenured faculty. She assumed her tenured position in 1995 and was “very popular with students,” according to a Crimson article from that time.

Though Warren’s announcement did not explicitly declare her bid, filing an exploratory committee with the Federal Election Commission allows a candidate to start fundraising and tests the feasibility of their candidacy without having to formally declare themselves a candidate, according to Steve Jarding, a public policy lecturer at the Harvard Kennedy School.

“Technically once Elizabeth Warren, or anyone, files an exploratory committee, that is their presidential committee,” Jarding said. “Elizabeth Warren is effectively now a candidate; she has filed her committee papers to run for President.”

Jarding said he thinks Warren used the early announcement to assert herself as a progressive candidate in what is likely to be a crowded Democratic field.

“The belief is that Elizabeth Warren can make money. If she can do that she will make it into that top tier candidate,” Jarding said. “She is not running to explore, she is running. She knows she can make enough money to be competitive.”