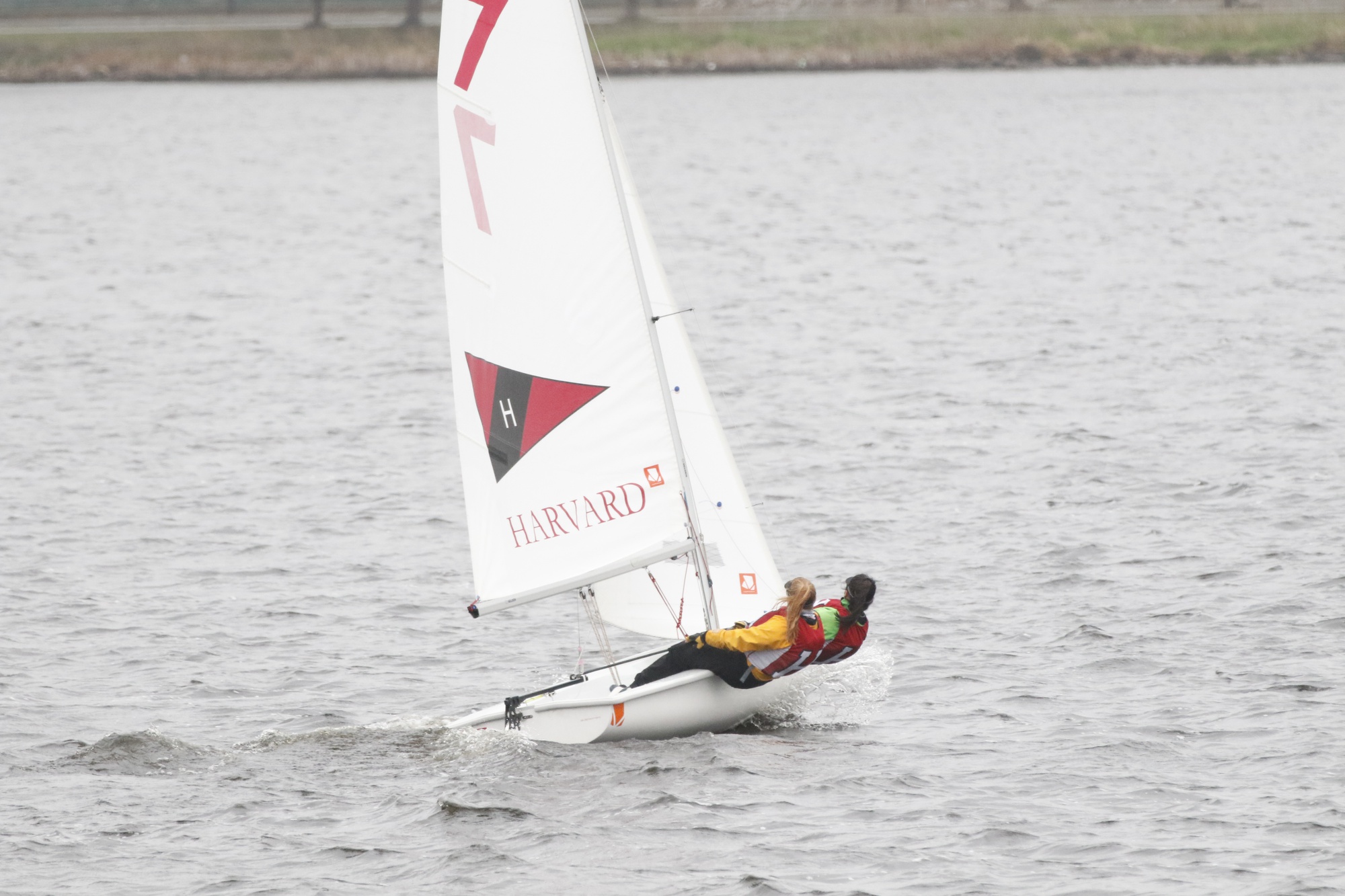 The sailing team competed in three regattas over the weekend: the Women’s Showcase, Danmark Trophy, and the Lark Invitational. By Timothy R. O'Meara
By Jasper G. Goodman, Contributing Writer

With a pair of high-profile podium finishes over the weekend, the Harvard sailing team hopes that it has finally found its groove.

The Crimson picked up its first regatta victory of the season at the Danmark Trophy and finished second at the Women’s Showcase, which both took place in New London, Conn., over the weekend. The two podium finishes highlighted Harvard sailing’s most successful weekend yet this Fall. The first and second place showings are the top two results the Crimson has posted this year. It is just the third time in the last two years that Harvard has posted multiple podium finishes in different regattas during the same weekend.

“Our execution was good, our speed was good, our handling is really improving,” Harvard coach Michael O’Connor said. “We were very happy with the results.”

At the Danmark Trophy, junior captain Henry Burnes and senior Iulianna Taritsa blew away their competition in the B-Division, finishing a whopping 36 points in front of second-place Yale. Burnes and Taritsa scored 69 points over the regatta’s 18 races.

In the trophy’s A-Division, junior Eli Burnes, junior Emily Wang, and sophomore Eric Hansen finished in third place, with 130 total points — an average score of 7.2. The trio won five of the regatta’s 18 races, including a crucial victory in the final set.

In the Women’s Showcase, sophomore Emma Kaneti and junior Emma Jakobson won the A-Division by 16 points. The Crimson looked to be on track to win the regatta, but a last-place finish by Harvard’s B-Division boat in the regatta’s final race pushed them into second place overall, just four points behind Yale.

“We came really close to winning the [Women’s Showcase],” O’Connor said. “We had a little bit of bad luck at the end of the final race but they sailed well enough to win. Next time they sail that well, I’m confident they will.”

With the performances over the weekend, the Crimson established itself as able to compete — and win — in a big, interconference regatta. The question remains, however, as to whether or not they can keep it up. Prior to this week, Harvard had posted just two podium finishes and struggled at times to carry momentum forward.

“I think it’s a weekend where we really began to achieve our potential, but we have a lot of work left to do and we’re hoping to build on it,” O’Connor said.

Emily Wang and Eli Burnes, who hadn’t raced together prior to this season, have led the Crimson so far this year. Kaneti and Jakobson, the Crimson’s other top pair, “have picked up where they left off,” according to O’Connor.

“We’re very happy with the progress that our team is making,” O’Connor said. “Everybody is working hard towards our team goals. We’ve had some good performances on the weekends, but we have not been consistent enough yet. If we can get to the point where our execution, particularly on the starting line, is consistently good, we have a great deal of potential.”

Burnes, a philosophy concentrator, is coming off a successful sophomore season last year in which he was named an honorable mention on Inter-Collegiate Sailing Association’s All-American team.

“Eli is a very smart sailor,” O’Connor said. “He’s fast in a wide range of positions. He’s a really fun person to sail with. He’s really got a ton of potential, he just needs to be a little bit more consistent.”

Harvard features eight first-years on their roster, including several who are sailing competitively for the first time. Following the graduation of several small crews last spring, Eli Burnes says the upperclassmen put on “a full-court press to get freshmen to join the sailing team.”

“This year, we knew we’d have to train a lot of walk-ons,” Burnes said. “We basically just started to talk to as many people as possible at the activities fair. We had people talk to any freshman they knew.”

When first-year Chris Wang arrived on campus, he had “no idea” that sailing would become such a big part of his freshman experience. Wang was drawn to the team because he wanted to fulfill a life-long dream of his father’s, who has a passion for boats but has never had the opportunity to take up sailing seriously.

“My dad’s extremely happy that I’m doing it,” Wang said. “I felt like I was fulfilling a family goal because my dad never got to go through with it.”

There are three regatta weekends remaining in the fall season before the ICSA Singlehanded Championships on November 9.

“This is definitely a huge confidence-booster,” Eli Burnes said. “Great for momentum for the rest of the season.”