Led by senior captains Molly Lesser and Maria Boyle, Harvard women’s lightweight crew will look to open the season strong at the Head of the Charles Regatta this weekend. In advance of the regatta, Lesser and Boyle have worked hard to facilitate efficient practices and effective communication across the squad’s members.
Women's lightweight crew captain Molly A. Lesser '20 will participate in the Head of the Charles Regatta.By Pei Chao Zhuo
By Eliot Min

Led by senior captains Molly Lesser and Maria Boyle, Harvard women’s lightweight crew will look to open the season strong at the Head of the Charles Regatta this weekend. In advance of the regatta, Lesser and Boyle have worked hard to facilitate efficient practices and effective communication across the squad’s members.

“[Lesser] and I work together to communicate between our teammates and the coaches,” Boyle said. “[We] make sure that everyone knows what's going on.”

In the most collaborative of team sports, communication could not be more important.

“We organize team circles talks, which is when the entire team gets together outside of the boathouse and we discuss things like the race weekends, and everything that’s gonna be happening,” Lesser explained. “We will check in [our coaches] after practice, and these last few days, it's like, ‘okay, anything else you want us to do’? And they keep saying, ‘just bring the energy and get everyone excited.’”

If these instructions from the coaches are any metric by which to measure job performance, their teammates seem to think that their captains are passing with flying colors. As the coaches push the captains, the captains transfer that motivation onto the players.

“I think [Lesser and Boyle] have been great liaison to our coaches to make sure that we're pushing our training as hard as we can without pushing to injury,” junior Brigid Kennedy explained. “It's a fine line between training at the top level and retraining, so I think they've been excellent in terms of keeping communication open.”

In her fourth and final year of the squad, Boyle feels as though she has taken on more responsibility as a captain and as one of the older members of the team, even as the entire team does the same.

“I think that naturally as you get older on the team, you want to take on more ownership over results and ownership of how the team is doing,” Boyle said. “But that's not to say that freshmen or sophomores don't feel that way either.”

As part of this added responsibility, Boyle and Lesser also strive to foster a sense of community among the team members both on and off the water. Their efforts have proven helpful, especially for the team’s first-years.

“[Over the summer] they both reached out to all the freshmen and they talked to us on the phone and answered any questions,” first-year Alexa Jacques said. “[It] was really great going in and already kind of knowing somebody, and then also having an idea of what the team would be like.”

These efforts have not been lost on the fresh recruits.

“In general, I just think they're really great leaders,” Jacques added. “They're super approachable, they're super helpful, and especially to all the underclassmen and the first years, they've been really welcoming and making sure that we feel like we're part of the team.” 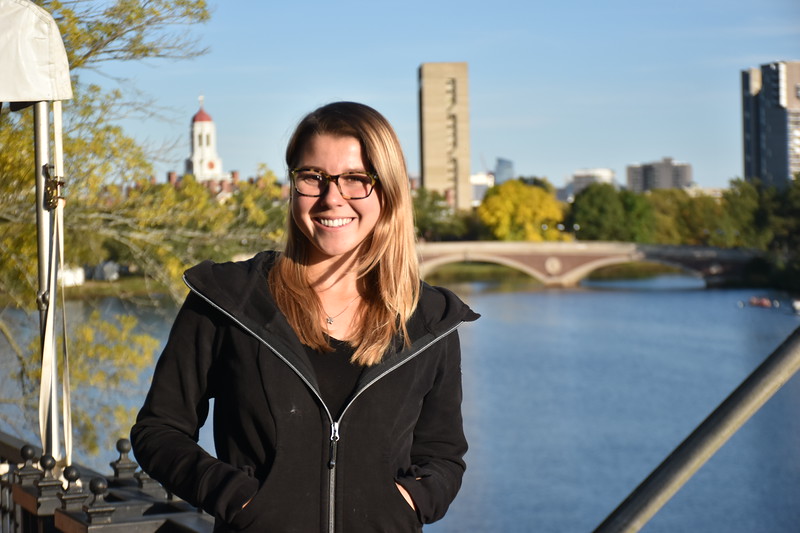 With the pressures of the daunting challenge of starting a college career, both on the team and in the classroom, the open environment made its mark on the incoming first-years.

“I think [Boyle and Lesser] have been very, very good at integrating our first-years this year.” Kennedy added. “It's been a super welcoming environment [and] they've made sure everyone feels included.”

Also key to Lesser and Boyle’s leadership is the mutual respect the two share for each other as co-captains, teammates, and friends.

“[Boyle] is very trustworthy — she'll get stuff done and we've, we communicate a lot and about very different things, but we don't always see eye to eye and everything.” Lesser said. “But I always feel like I can really like voice my opinion and talk things out.”

This admiration is clearly a two-way street. Even if Lesser refrains from saying so herself, Boyle is quick to point out her partner’s laurels.

“I think that [Lesser] is a really amazing mentor to people on the team. And I think that she leads by example and therefore people are really attracted to her quiet confidence.” Boyle said. “She's not someone to be boastful or anything like that. But I think people seek her out because they know that she is such a strong rower and such a great teammate and therefore seek her advice.”

Boyle and Lesser see a bright outlook for this year’s squad, lauding the team’s work ethic and new talented first-years as reasons to be excited for the year ahead.

“We have a lot of really past freshmen that came in,” said Boyle of the team’s new additions. “So it's a pretty exciting time for us and they're really contributing to our top end speed, which is super great.”

All of this preparation will hopefully pay off on the Charles.

“We're looking to showcase our speed and go up against some of the fastest teams in the country on our home court.” Boyle said. “It should be a good race.”