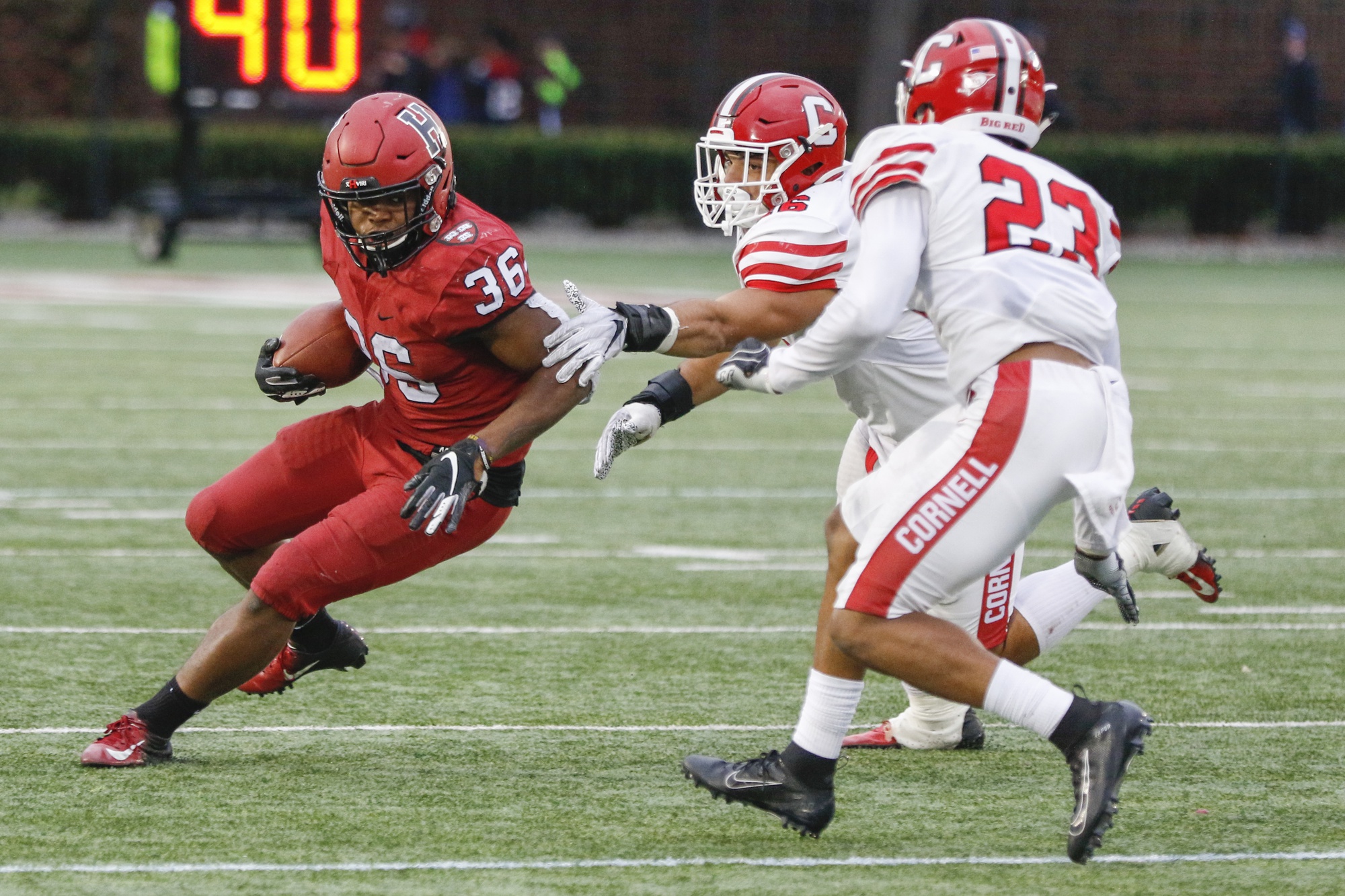 When calculating Ivy League standings, non-conference games are given no weight. From the vantage point of an Ancient Eight title, then, Harvard’s football game at Holy Cross this weekend means nothing.

If precedent is any indication, the Crimson (3-1, 2-0 Ivy) might be thankful come Saturday. The Crusaders have been an unforeseen difficult opponent on the schedule. Last season, Harvard’s win came in the form of a game-winning field goal from senior Jake McIntyre as time expired. The time before, in 2016, the Crimson lost by 10.

While Saturday’s game is the 71st meeting between the two teams, and the Crimson leads the series 43-25-2, Holy Cross (3-3, 1-0 Patriot) has won four of the last five home games against Harvard. Meanwhile, the Crimson’s loss to San Diego is the only other time this season the team played outside of Harvard Stadium.

The Crimson arrives in Worcester, Mass., propelled by the momentum of a three-game win streak. After dropping its first contest to San Diego by eight points, the team has not faltered again, downing Brown, Howard, and Cornell. The wins came by margins of 35, 45, and 13, respectively.

“We handled business at home,” said junior defensive back Isaiah Wingfield “We lost on the road the first game of the season. Now it’s our chance to be road warriors.”

Harvard’s offensive explosion has propelled it to the top of the division in scoring offense, averaging 40.5 points per game. The team also leads the division in first downs per game and red-zone offense.

The stat leaders for the Crimson offensive front are juniors quarterback Jake Smith and running back Devin Darrington. Smith is averaging a 238.5 yards per game with 11 touchdowns through the team’s four games. When dished the ball, Darrington averages 92.8 yards per game having barreled his way to five touchdowns on the ground.

When other teams’ quarterbacks have taken their three-step drop, they’ve been largely unsuccessful at converting. Harvard leads the nation and division in team sacks. Sophomore Truman Jones is third in the nation and first in the Ivy League in tackles for a loss. He also leads the league in sacks.

This dominance will face a test in Holy Cross quarterback Connor Degenhardt. The one opponent in common the two teams have is Brown, and the six foot six inch junior put up 315 yards and four touchdowns in the Crusaders’ 47-31 routing of their Ivy League opponent last week. That’s five more points than the Crimson managed in it’s own contest against the Bears two weeks ago.

“They’re going to pass that ball, they throw the rock,” Wingfield said “I’m just excited to compete, make some plays, and just come back with the win.”

Given Degenhardt’s and his success throughout the season, it’s no wonder that the team hardly runs. The team’s leading rusher is Domenic Cozier, a senior that averages just 48.4 yards per game. Even Degenhardt has more rushing touchdowns than his leading running back, with two.

On Saturday, Cozier will likely run for even less. Harvard leads the nation and league in rushing defense. In addition, to defense, the Crimson has been stellar on special teams through four games. The team leads the nation in blocked punts.

When Degenhardt throws, he’s not particular about where he passes so long as the man that grabs the toss is wearing purple. Four Holy Cross receivers have over ten catches on the season — Tenio Ayeni (25), Spencer Gilliam (22), Derek Mountain (18), and Ayir Asante (11).

On Harvard’s side, each win is important as Murphy marches closer to becoming the winningest coach in Ivy League history. Right now, the Crimson coach is three wins away from passing Carm Cozza of Yale.