A highly-anticipated 2019-2020 season kicked off Friday with the Crimson's annual fan event.
By Timothy R. O'Meara and Henry Zhu 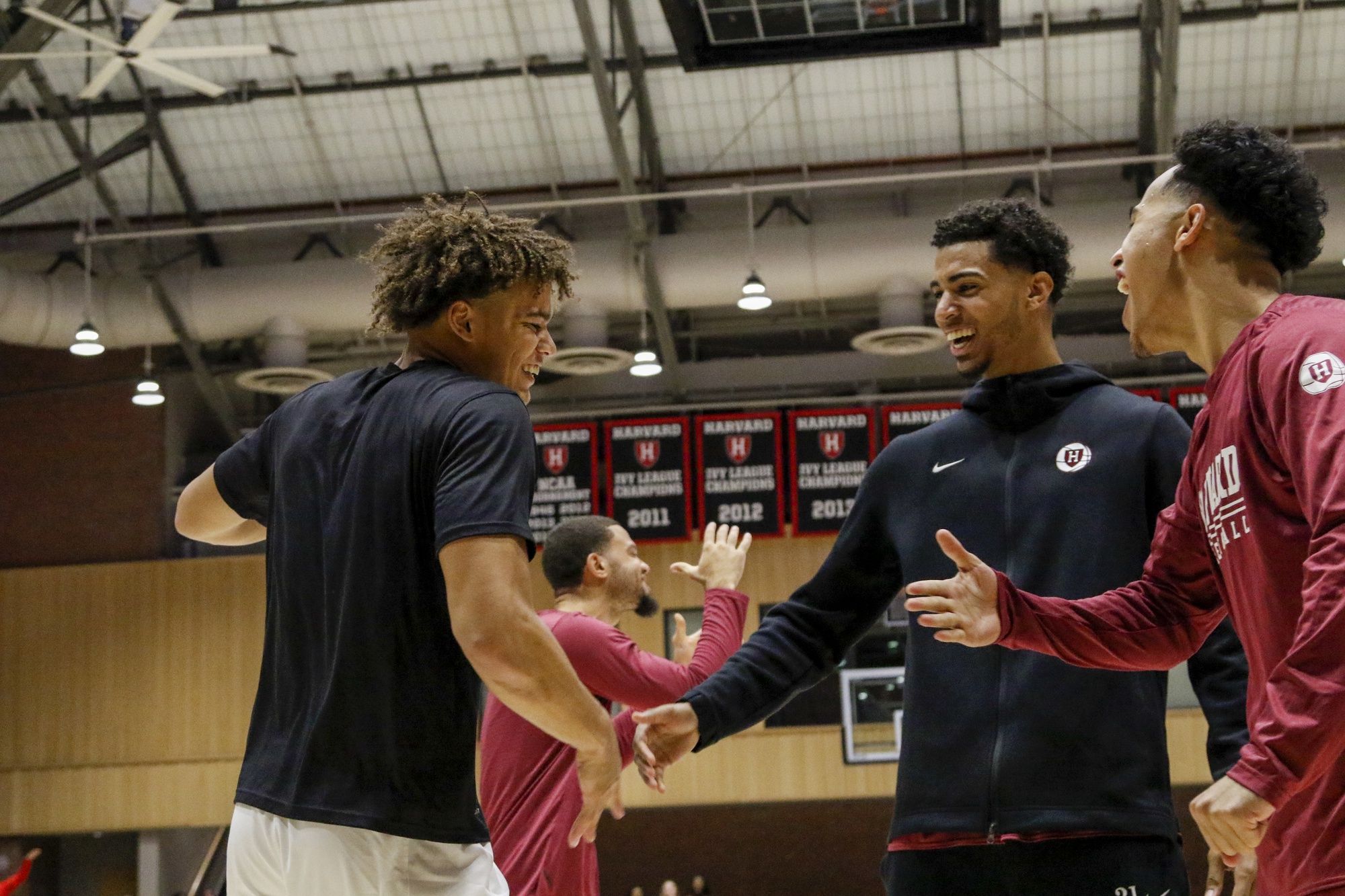 It is almost November in Cambridge, which can only mean one thing for those who frequent Lavietes Pavilion — the start of the Harvard Basketball season. Fans were treated to an entertaining Friday night at the Crimson Madness fan event as excitement continues to build around the men's basketball squad.

As always, head coach Tommy Amaker began the festivities by welcoming all who came out on the chilly Friday night. This season will be Amaker's 13th at Harvard. 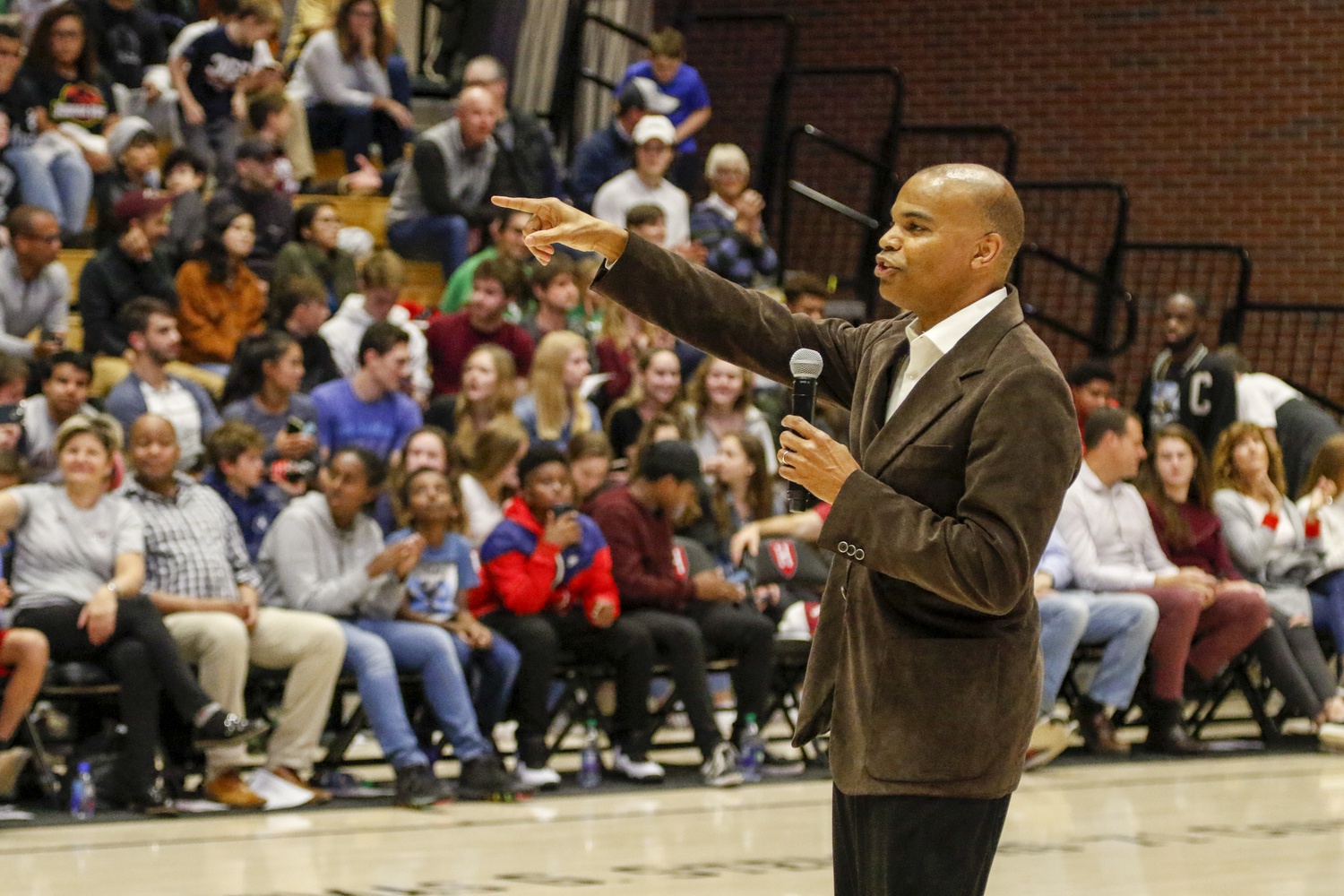 First-year Chris Ledlum and junior Danilo Djuricic were among the participants in the slam dunk contest and impressed the crowd with acrobatic finishes. 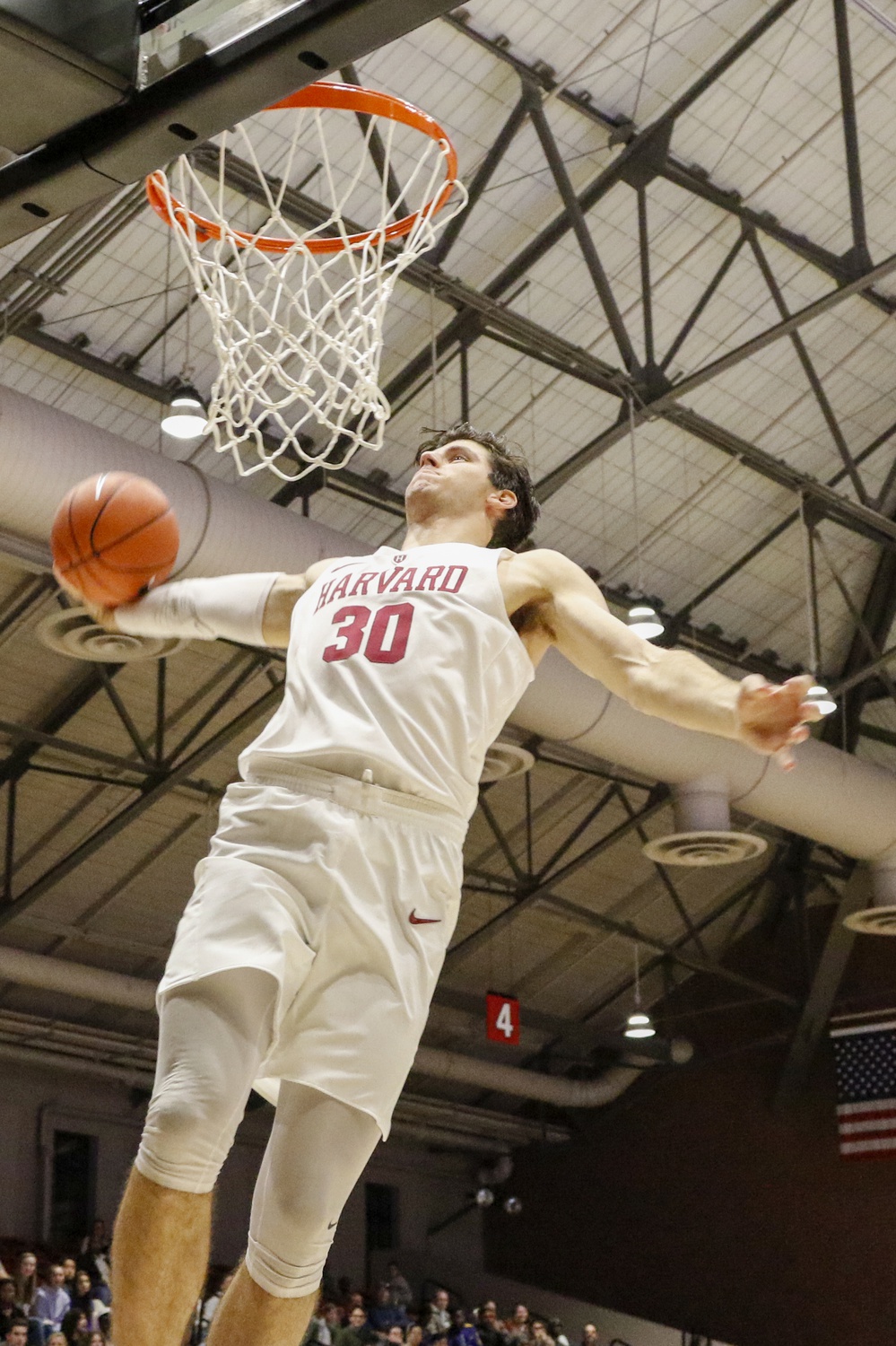 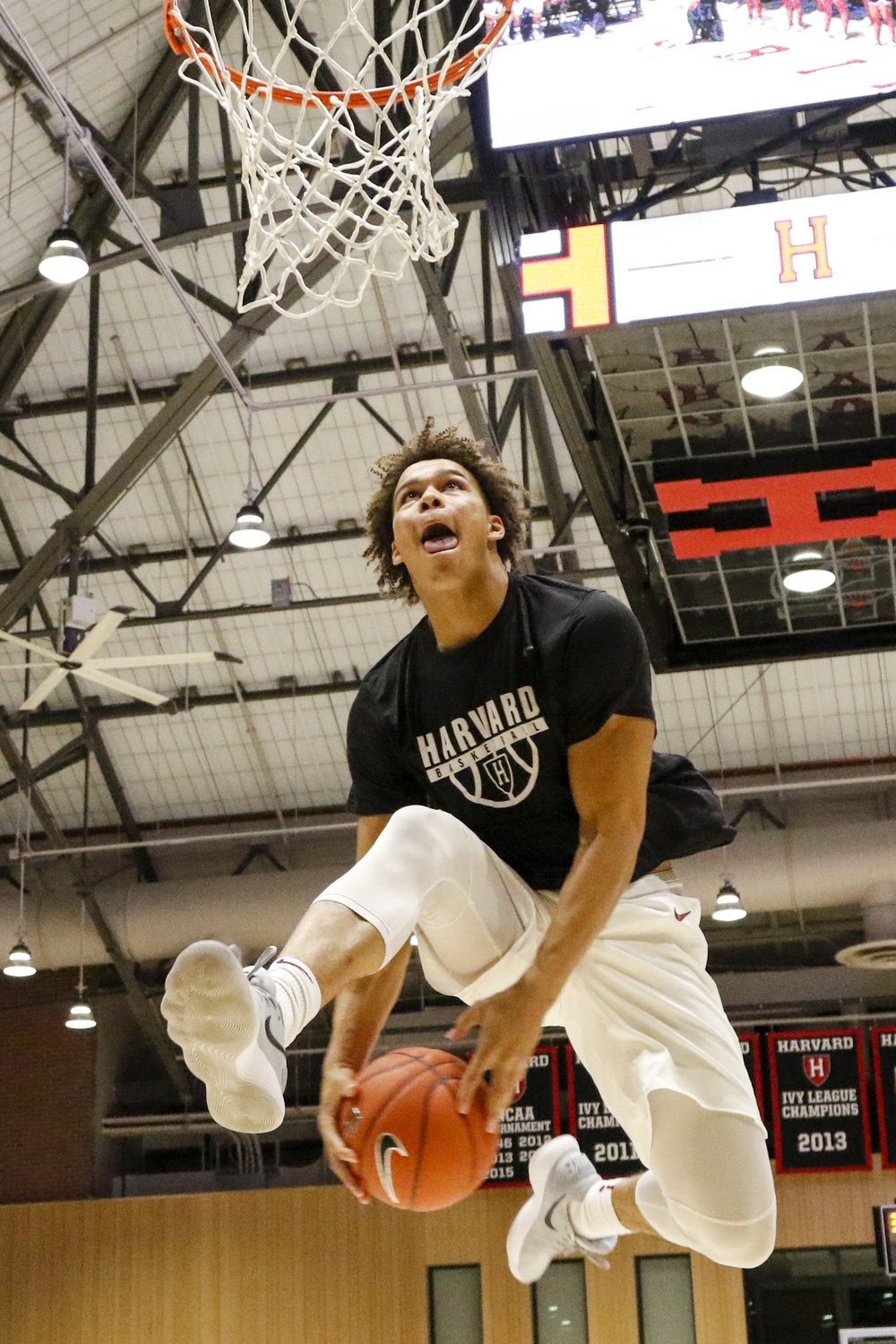 A few special guests were in attendance from the hometown Boston Celtics: Jaylen Brown, Grant Williams, and Tacko Fall. The trio served as guest judges during the slam dunk contest alongside recent graduate Robbie Feinberg '19. 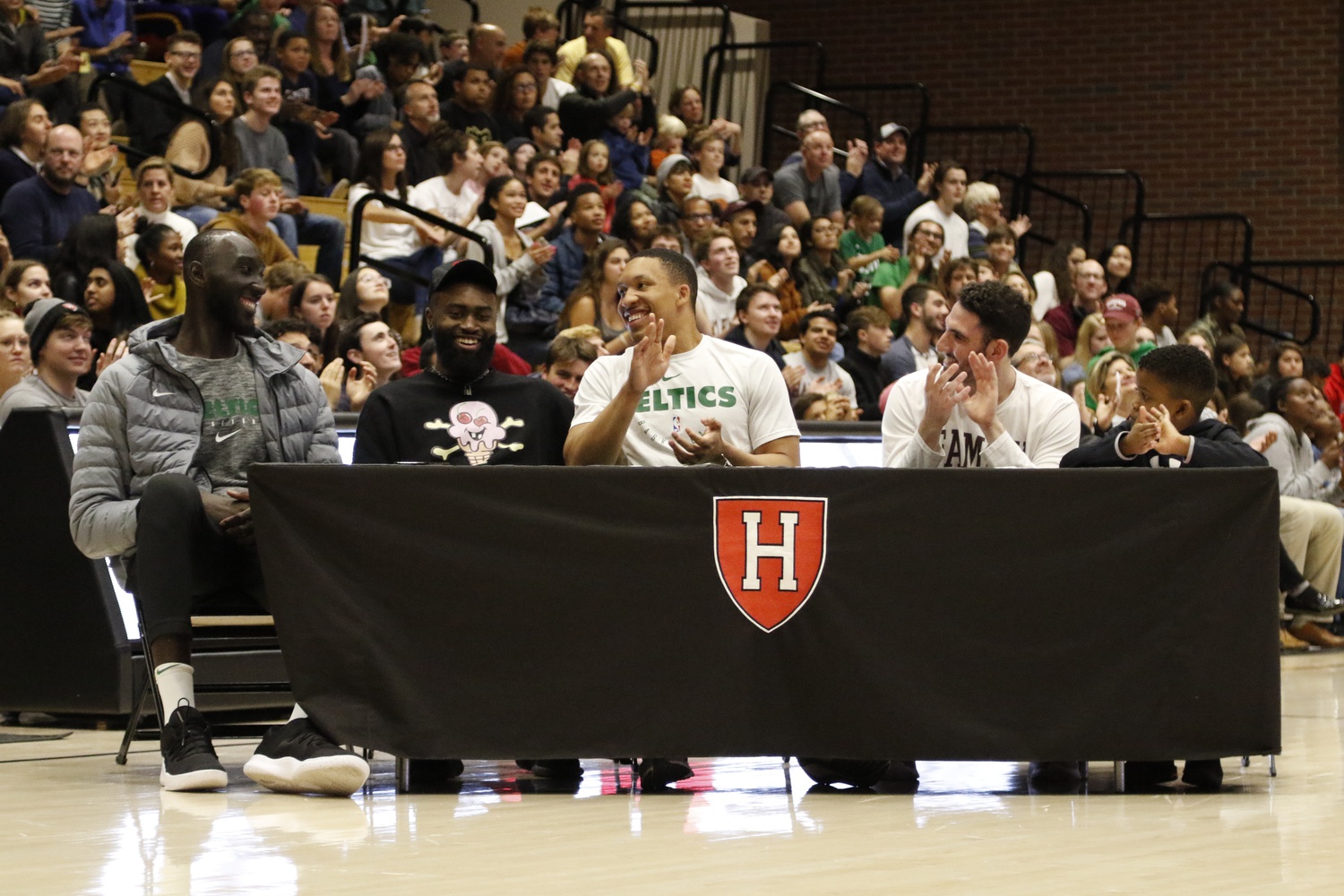 Ultimately, senior forward Robert Baker defended his title and capped his night off with a near-free-throw-line jam. 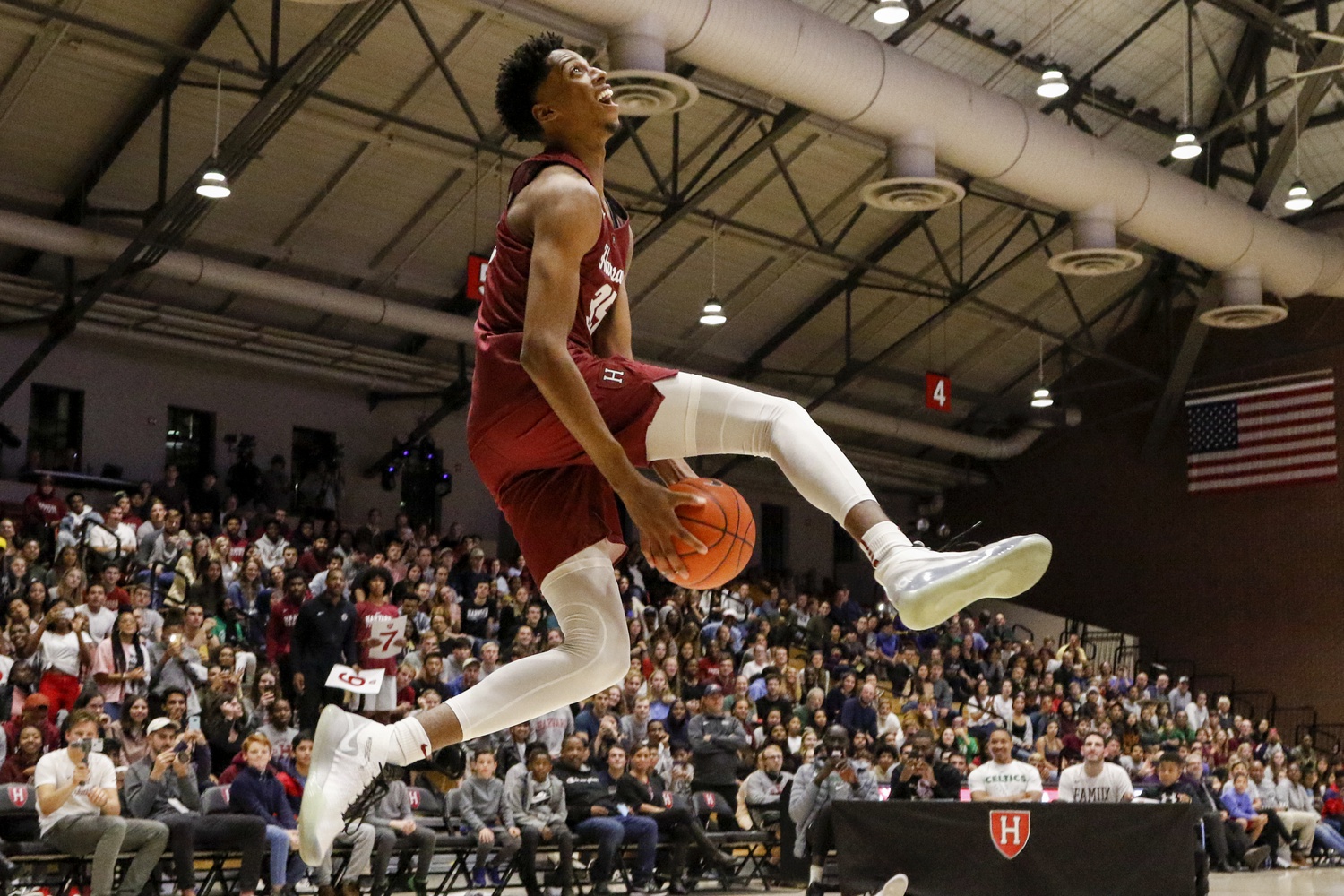 Co-captain Seth Towns returned back to the court in bold fashion, edging out classmate Christian Juzang in the three-point competition. The Columbus, Ohio native missed his entire junior season due to a knee injury and looks to regain full health soon. 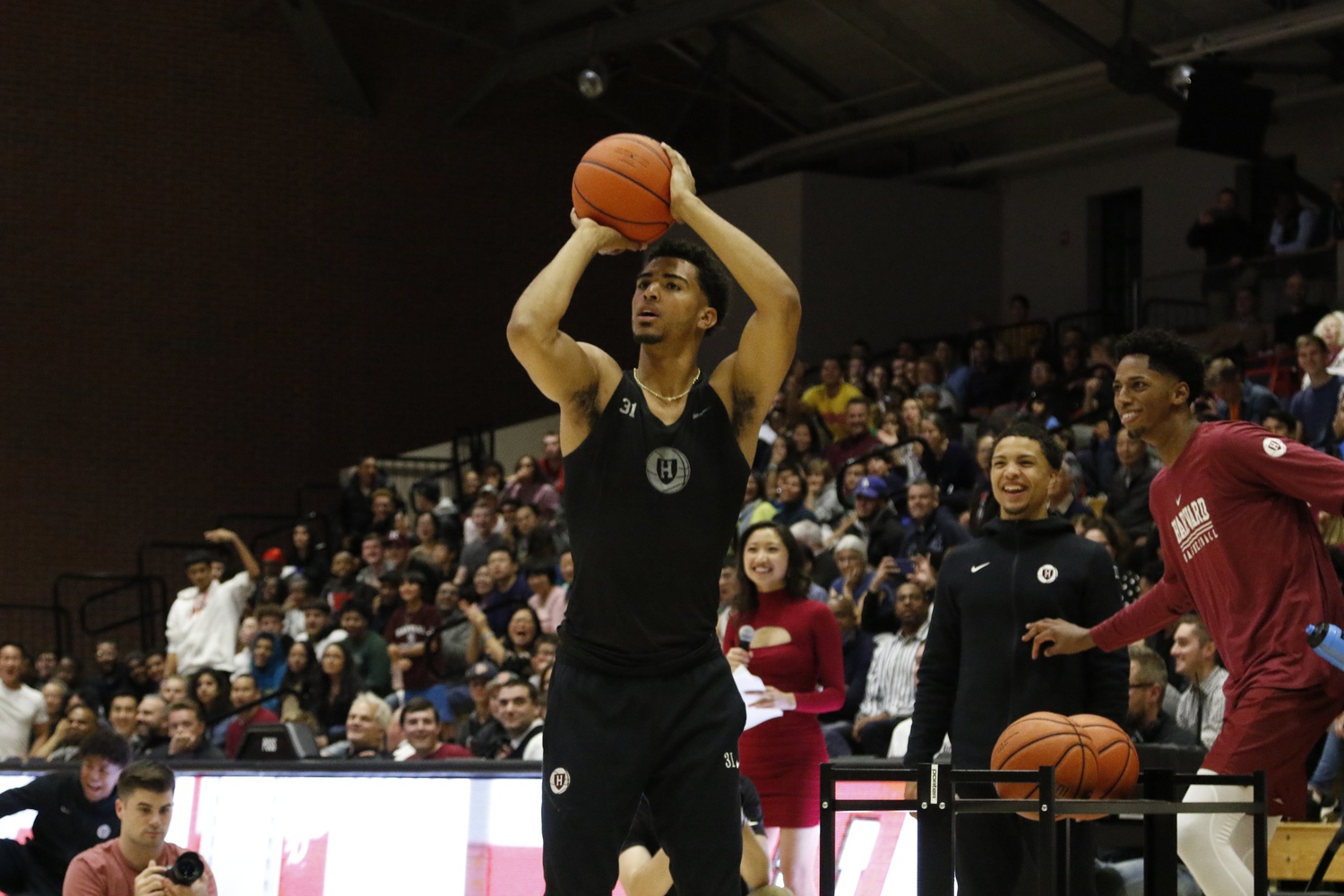 An intrasquad scrimmage closed out the evening as Team Crimson bested Team White 39-36. This brief session offered a sneak peek into what may arguably be one of Amaker's deepest squads in his time at Harvard. Among those vying for minutes include first-year Luka Sakota and sophomore forward Mason Forbes. 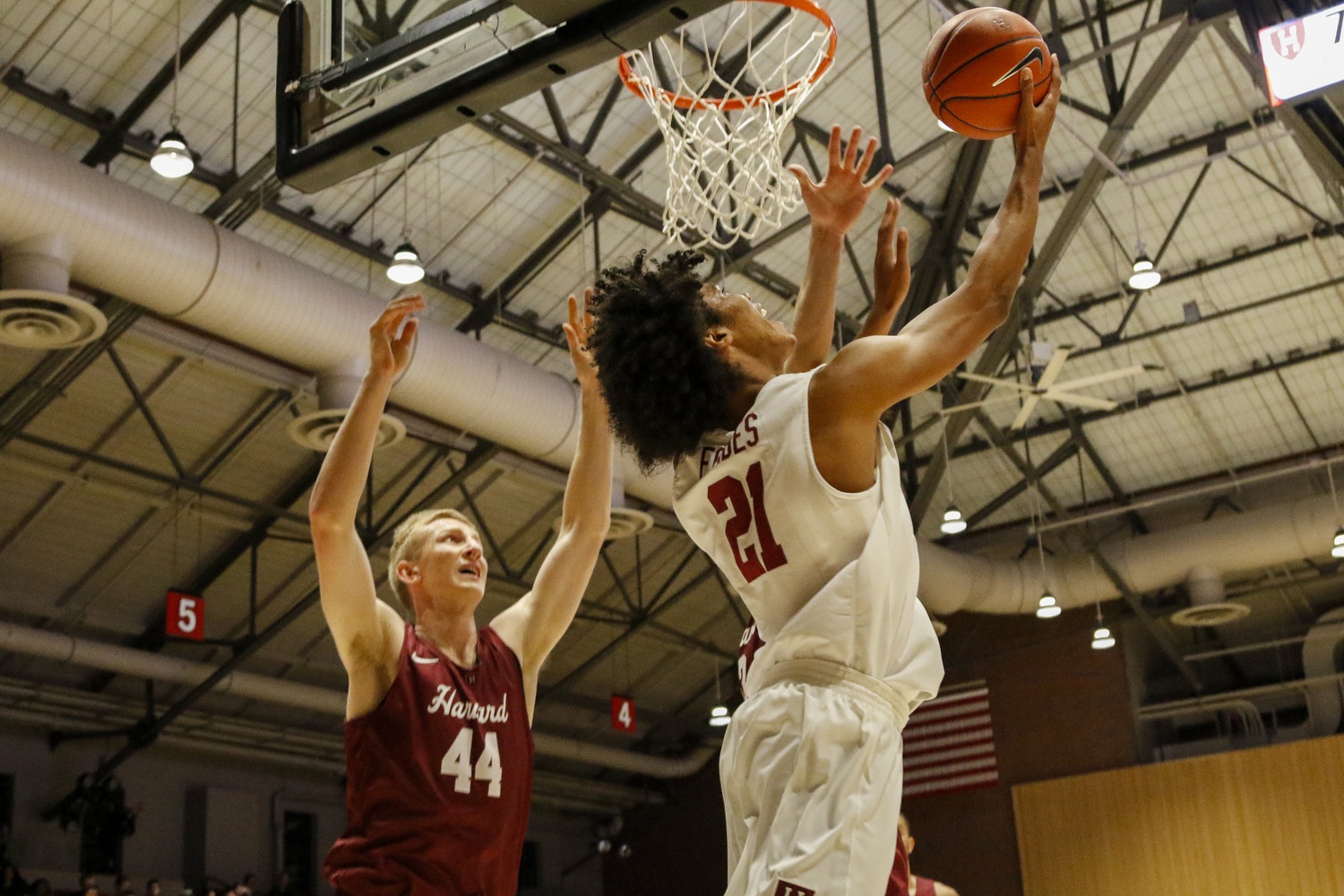 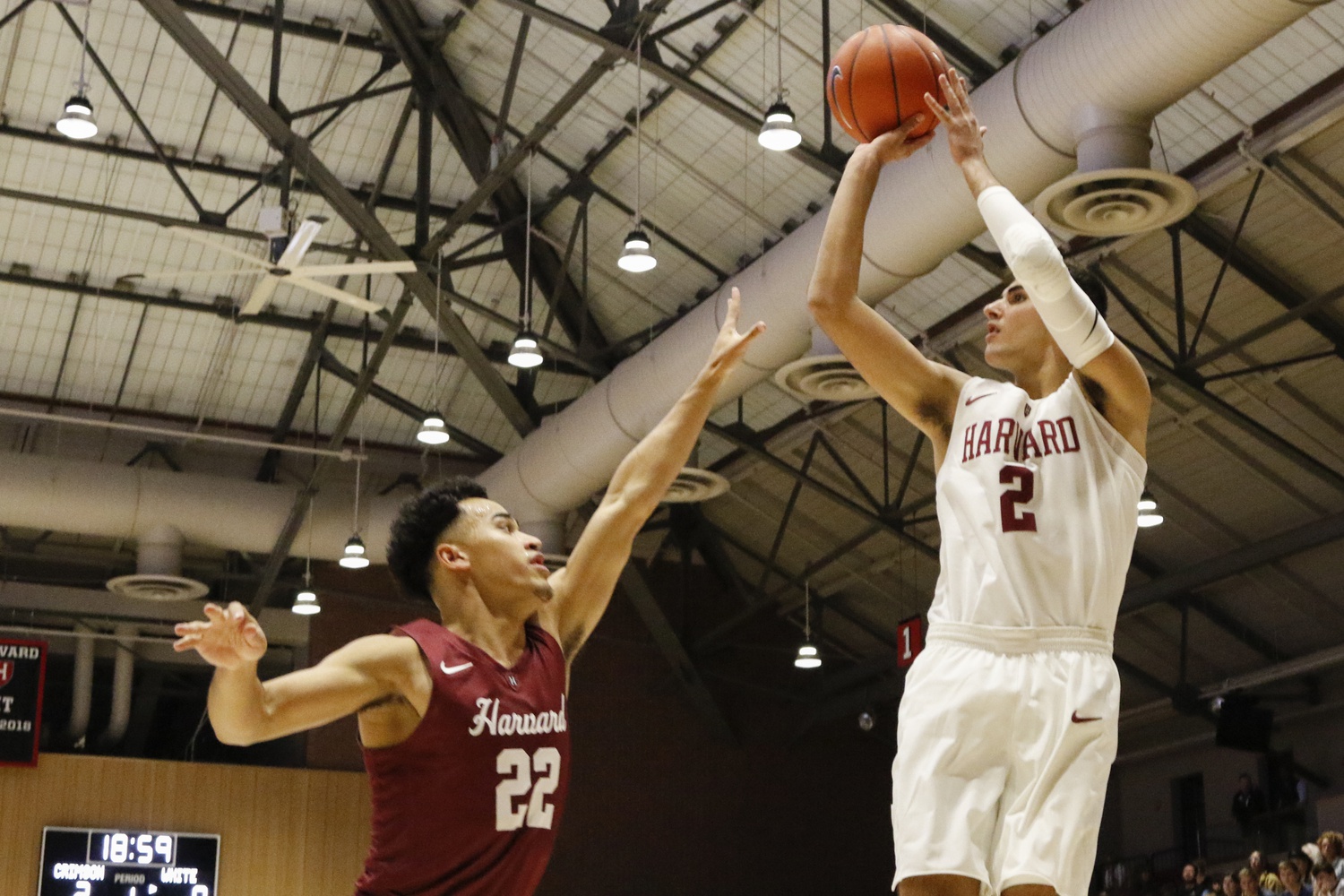