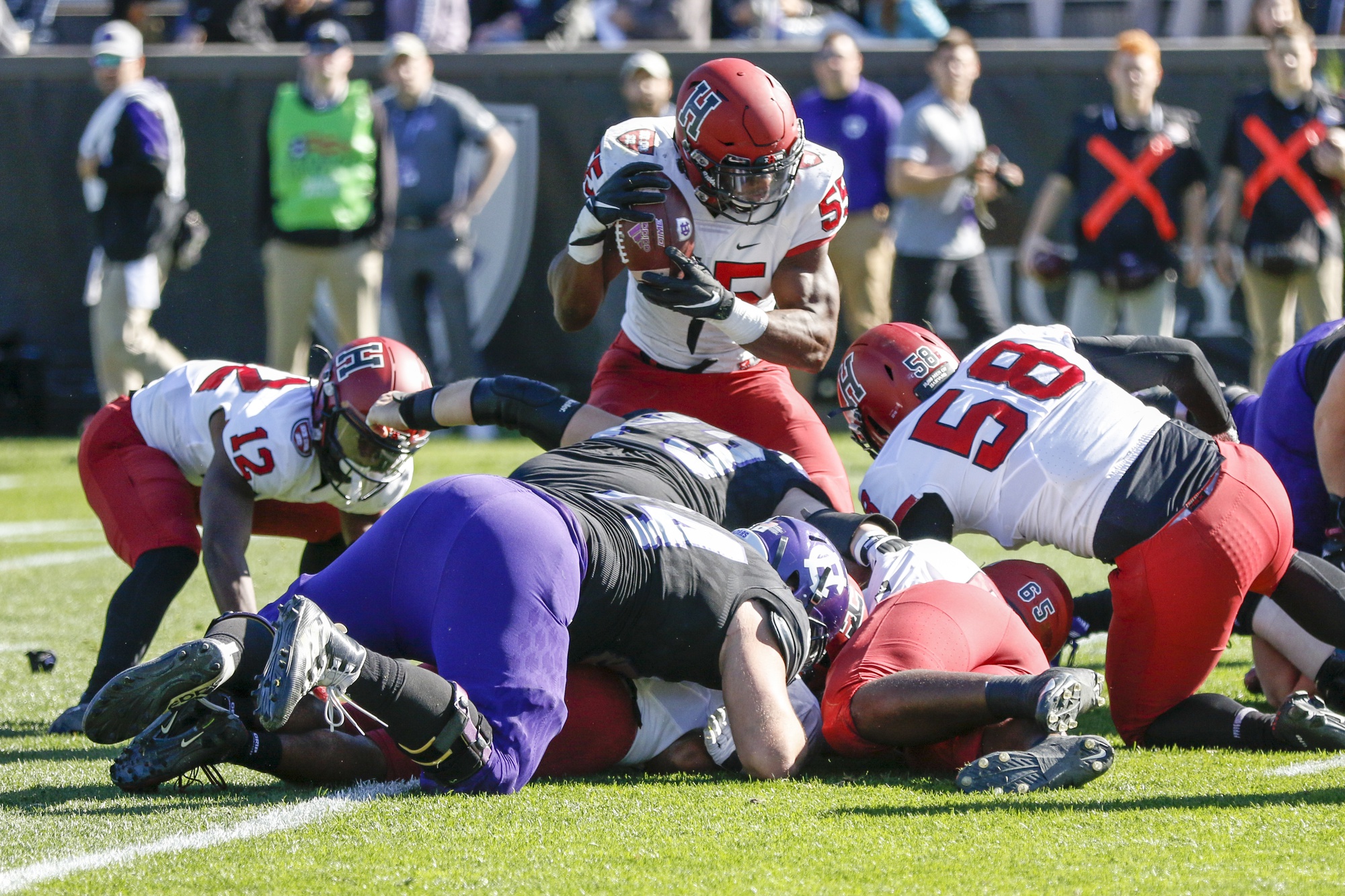 The Crimson’s win streak increased to four on Saturday with its 31-21 victory over Holy Cross. Visiting the Jesuit school in Worcester, Mass., Harvard (4-1, 2-0 Ivy) picked up its first road win of the season with the Crimson’s opening loss in San Diego representing the only other time this team has competed outside of Harvard Stadium.

On paper, the Crusaders (3-4, 1-0 Patriot) looked to be a more worthy opponent. It took a boot in the dwindling seconds of the fourth quarter from Crimson record holder, senior kicker Jake McIntyre to win the contest in 2018. In 2016, the only other time anybody on the current Harvard football roster played Holy Cross, the Crimson lost.

At home, the Crusaders are traditionally better against the team from Cambridge, having won four of the last five contests on its own field — prior to Saturday. Factor in this year’s homecoming crowd and the competent Holy Cross team looked stout.

Harvard did just that on Saturday afternoon.

PUNTERS ARE PEOPLE TOO

After last weeks victory over Cornell, Murphy was joined at the postgame presser by two unfamiliar faces to the media, sophomore punter Jon Sot and junior punter Sean McKeogh.

“Suffice it to say, 33 years as a head coach, this is the first time I’ve ever invited two punters to the press conference,” Murphy said.

If last week didn’t showcase the adeptness of the Crimson’s duo of punters, this week did. Punting statistics are notoriously difficult to read. Average kick distance isn’t informative given the different field positions that punters are required to adapt to. A 30-yard boot downed at the one is far better for the team than a 60-yarder that rolls out the back of the end zone.

The one clearly positive statistic is the number of kicks that are downed within the opponent's 20-yard line. Against the Crusaders, McKeogh kicked six times, five of which landed within the 20.

Working a duo of McKeogh and Sot, it seems that the former is brought in to try to get the ball as close to the end zone as possible without going over. Sot, last year’s first team All-Ivy honoree as a freshman, is sent in exclusively to send the ball as far as possible down the field.

Like McKeogh, Sot is good at his job. Early in the third quarter, Harvard faced a 4th-and-14 at its own 14-yard line. Sot was trotted out to take the kick. His punt sailed over the head of Holy Cross returner Jon Jon Roberts and was finally downed at the Crusaders’ own 10-yard line — a 76-yard punt.

“It got over our kid’s head,” Holy Cross coach Bob Chesney said. “Our kid was at 55, not thinking [Sot] could kick 70 something in the air and he did.”

For comparison, the longest punt in professional football this season is the Chicago Bears’ Pat O’Donnell’s 75 yarder, one yard short of Sot’s.

“You feel like you're in an alternate universe, the way that our punter’s are punting the ball,” Murphy said. “We knew they were good...We knew they were talented, all of a sudden they're really embracing their role as being able to impact the game.”

Despite the 4-1 overall record, the Crimson hasn’t been the most adept at starting games. This week was no outlier. Three plays in, Crusader running back Domenic Cozier drew first blood, taking a give 66 yards for the score. Holy Cross wouldn’t score again for almost 30 minutes.

“We still do this thing where we seem to give up a touchdown in the first series, and then we seem to play pretty much lights out for the rest of the game,” said senior defensive lineman Brogan McPartland. “...we're going to try to cut that out.

Ivy League rival Brown scored in less than a minute. On the third play of the opening drive, Allen Smith weaved between Crimson defenders to log the 22-yards needed for the score. In the opening week, San Diego quarterback Reid Sinnet didn’t even bother waiting for the third play. On the opening snap, he found receiver Michael Bandy on a 65 yard toss. The drive took eight seconds.

Cornell had to wait four minutes to score first — though it still managed to do so on its first drive — as Big Red wideout Eric Gallman hauled in a 10-yard pass from Richie Kenney.

Howard stands as the only team so far this season that hasn’t beaten Harvard to the end zone.

“It all starts with defense,” Murphy said. “That’s always been my philosophy. If you can’t play defense, I don’t care how good your offense is, even in the PAC 12, you’re in big trouble. Bottom line is, you’ve got to get off the field. You’ve got to make stops.”

The permeation of Harvard’s defensive excellence was most visible this weekend in the first-down stat line.

The Crusaders didn’t manage a first down that wasn’t a touchdown until over halfway through the third quarter. The box score showed Holy Cross with a single first down in the first half. That first down was technically the rushing score on the third snap of the game.

The team did finally convert without scoring in the third quarter when Holy Cross quarterback Connor Degenhardt hit Ayir Asante across the center of the turf for 15 yards.