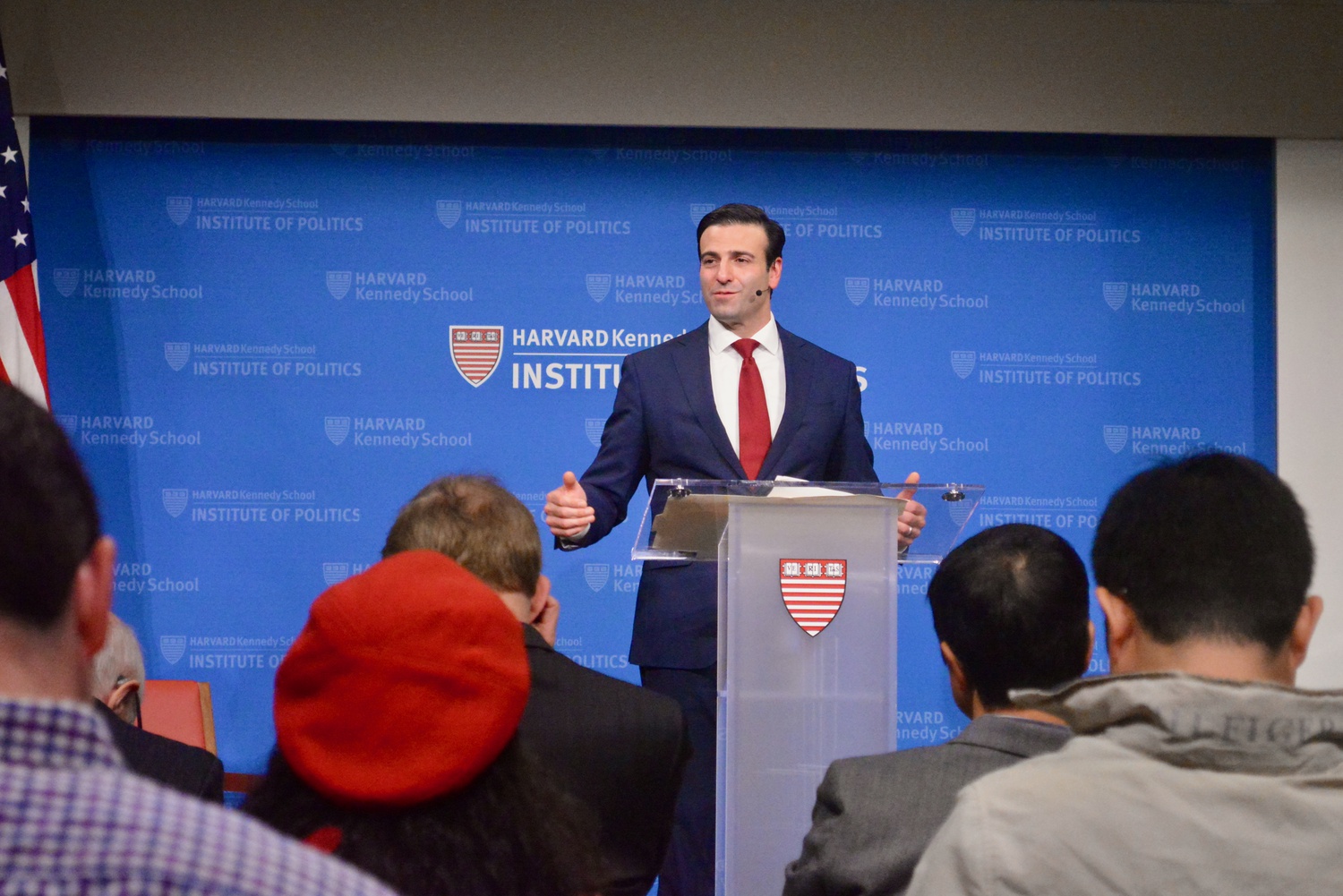 Harvard Kennedy School lecturer Robert R. Glauber moderated the talk, which was open to the public and drew roughly 50 people. He introduced Tarbert as a prime example of someone involved in both the private and public sectors.

“Heath’s career which spans private practice as a lawyer and public service in a number of senior financial policy and regulatory positions is really a paradigm career path for our graduates,” Glauber said.

Tarbert stated that the mission of the CFTC is to “promote the integrity, resilience, and vibrancy” of the American derivatives markets. He added that the organization strives to set the “global standard for sound derivatives regulation.”

Tarbert said he defines sound regulation as “using the right tools, at the right time, for the right reasons.”

Tarbert added that though these two ideologies are sometimes considered to be opposing, he believes it is possible to reconcile both sides and employ a hybrid form of regulation.

To demonstrate the impact of sound regulation, Tarbert asked the audience to identify which regulatory approach to use in specific real-world applications.

“Unless we take the time to really think about it — what should we use — we could end up spending a lot of time on things that could be ineffective,” Tarbert said.

As he concluded his talk, Tarbert referred to the belief of former U.S. President John F. Kennedy ’40 that one should pursue not the Republican or the Democratic solution, but the right answer.

“I hope today that by at least articulating some principles for rules, and some rules for principles, I’ve at least gone a step in the right direction to focusing on that right answer, and I hope that in so doing, I’ve perhaps shed a little light in making a little sense of financial regulation,” Tarbert said.

Some of the attendees said they were interested in the talk because they seek to pursue careers in the finance sector.

“It was interesting to hear the sort of almost psychological framework behind how these rule-makers come to these specific pieces of legislation,” attendee Zachary U. Buttenwieser ’20 said.