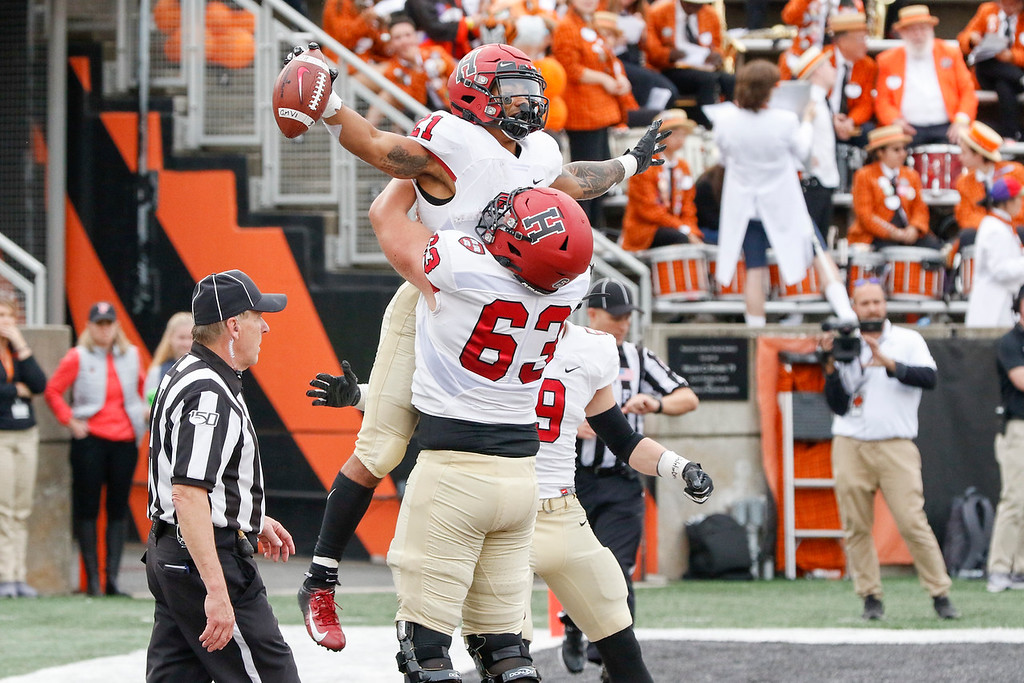 The Crimson will host nationally-ranked Dartmouth at home this weekend. By Timothy R. O'Meara
By Cade Palmer, Crimson Staff Writer

Harvard’s Ivy League title hopes are on the line this weekend as the undefeated, Ancient Eight leading Dartmouth Green arrives in Cambridge Saturday. With the loss to Princeton last weekend, the Crimson (4-2, 2-1 Ivy) no longer controls its own destiny in the league rankings. To earn a share of the title Harvard needs to win out — and Princeton needs to lose.

“As far as I’m concerned, it’s the biggest game of the year for us,” said senior defensive lineman Brogan McPartland. “This is definitely make it or break it. We’ve got to get this one done.”

Only two undefeated teams are left in Ivy League play, Princeton and the Big Green. If the Crimson wins this weekend, a Dartmouth (6-0, 3-0) victory over Princeton in Yankee Stadium the week after will be enough to put Harvard back in contention for the title.

Beating the Big Green, however, is a tall order. The team has eviscerated its opponents, winning by an average of 31 points across its six games. Penn (2-4, 0-3) gave Dartmouth its most competitive contest this season, losing by only 13 points. Among the Ivy League, the Big Green has downed Yale, Columbia, and Penn.

“I don’t let that get to me really, I just play like it’s any other team,” said junior running back Devin Darrington. “My mentality coming into this game is just to do I what I do: run down hill, don’t think too much, use my speed, get past these guys, and just tote the rock.”

The Big Green currently leads the nation in both offensive production, scoring 41.8 points per game, and defense, as competitors average only 10.8 points against the Big Green Defensive Machine.

“Everybody on our team understands we’re going from the proverbial frying pan to the fire, just the way the schedule the last couple of years was set up,” Crimson coach Tim Murphy said. “This may be the best Dartmouth team I’ve seen definitely in my 26 years. They’re definitely one of the best FCS teams in the country. I don’t think anyone has even given them a game yet.”

At the helm of that offensive production is the dual threat quarterback situation. Dual threat not in the traditional sense where the play caller can both run and throw, but that there are two quarterbacks. Both senior Jared Gerbino and junior Derek Kyler share time behind the center.

The former, Gerbino, is a dual threat quarterback in the tradition sense. In addition to his 694 passing yards, the senior leads the team in rushing yards with 266.

Among rushers, the team is fairly evenly distributed. Five of the team’s rushers have more than 100 yards on the season including Kyler, who has 108. The most effective running back in the bunch is junior Dakari Falconer with 225 yards, but only two touchdowns. His teammate, Caylin Parker has 195 yards and four touchdowns.

“It’s normally a more physical game,” McPartland said. “Against a team that passes a lot, you might leave the game and feel like you’re not even that banged up. But a game like this, it’s going to be a lot of banging each other, a battle at the line of scrimmage, and just who’s stronger, who’s more physical up front.”

For a comparison, Harvard’s top two rushers both have posted better numbers than the Big Green’s leader, Gerbino. Junior Devin Darrington has 548 yards to his name while freshman Aidan Borguet has logged 286. Despite this, Dartmouth has posted 270 more yards than the Crimson on the season.

In passing, Harvard’s Jake Smith has outpaced his division rivals thus far, throwing for 1404 yards while the Big Green’s Gerbino and Kyler have combined for 1200. What they lack in yards, they compensate for in efficiency, each completing over 70 percent of attempted passes.

“They have done such a great job running the football that they’ve thrown the fewest passes of any team in our league,” Murphy said. “But their pass efficiency, because they’re running the ball so well and the play action aspect of it, has made them able to create a lot of really big plays in the passing game. They don’t throw it a lot, but they make up for it.”

Ironically, while eviscerating opponents, the Dartmouth defense has struggled getting into the backfield, posting only seven sacks on the season. The Crimson’s McPartland has 5.5 by himself, while the team has logged 30, a number that paces the nation.

Harvard also leads the nation in blocks. So far this fall, the special teams unit has managed to touch seven kicks.

Defending against the rush is another category in which the defense from Hanover has struggled relative to the Crimson. The Big Green has ceded 823 yards to opponents this season on the ground. Harvard, despite its two losses, has yielded only 445.

Important to consider as well is the return of Crimson football to Harvard Stadium. After a two-game stint on the road, the Crimson returns to Cambridge where it is undefeated on the season.

“I love playing at home,” McPartland said. “I think we just get very protective at home. When we come in here, we don’t think anyone can beat us here.”