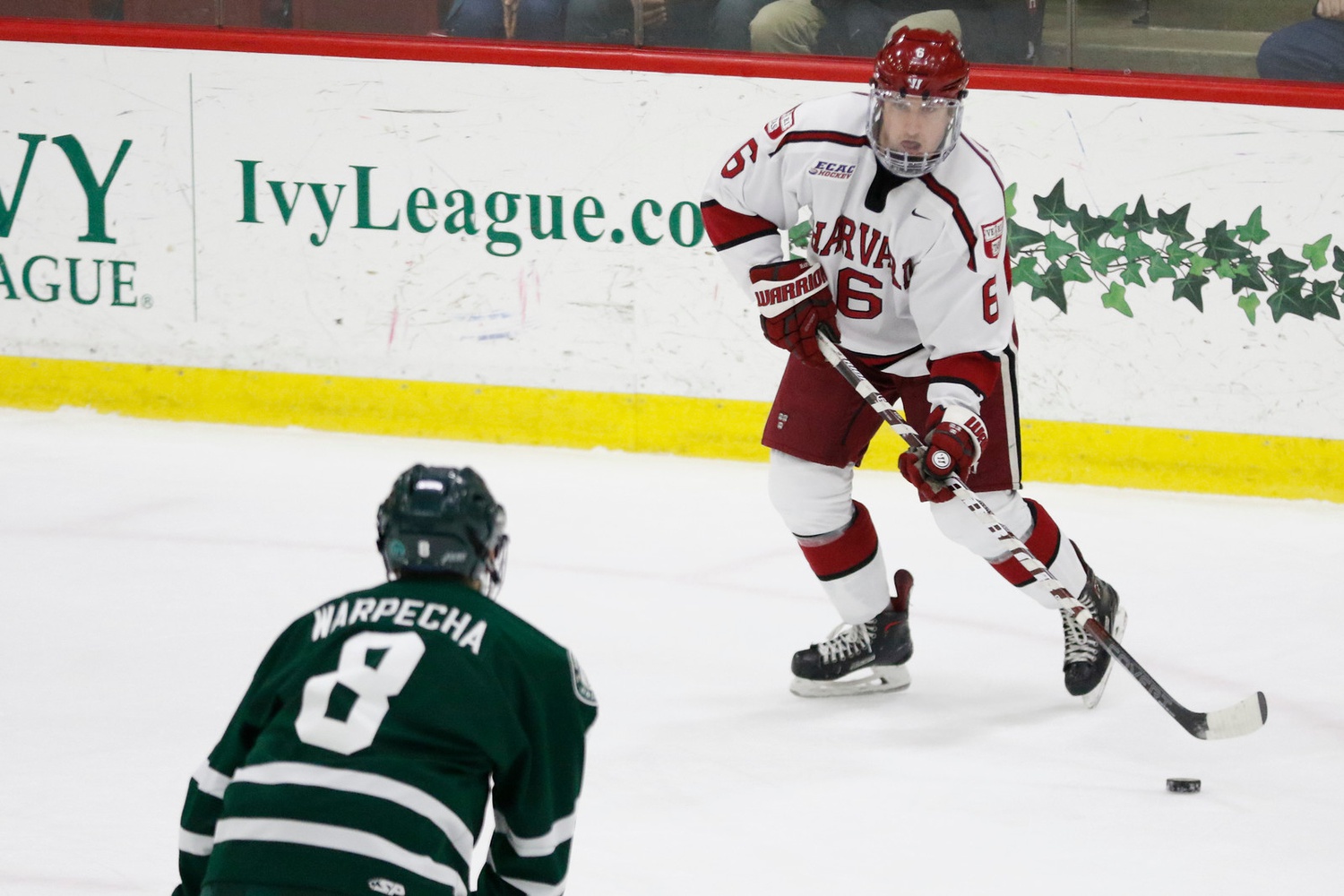 On Friday, the Crimson is hoping for a better result than last year's season-opener against the Big Green, a 7-6 overtime loss. By Timothy R. O'Meara
By The Crimson Sports Staff

The Harvard men's hockey team begins its quest to return to the NCAA Tournament tonight with a season- and home-opener against Dartmouth. The No. 19 Crimson (0-0-0) embarks on the 2019-2020 campaign with a talented young core hoping to replace the contributions of six seniors and two pro-ready juniors who departed the program over the summer.

Friday's bout with the Big Green (0-0-0) marks the third consecutive year in which the two Ivy League rivals will duel to start the campaign. The teams have split the past two season-opening decisions, with Dartmouth taking last year's October tilt in a 7-6 overtime barn-burner. Returning an effective top forward trio, the Big Green will once again vie for a statement victory and challenge a Crimson blue line that lost four of its top six skaters from 2018-2019.