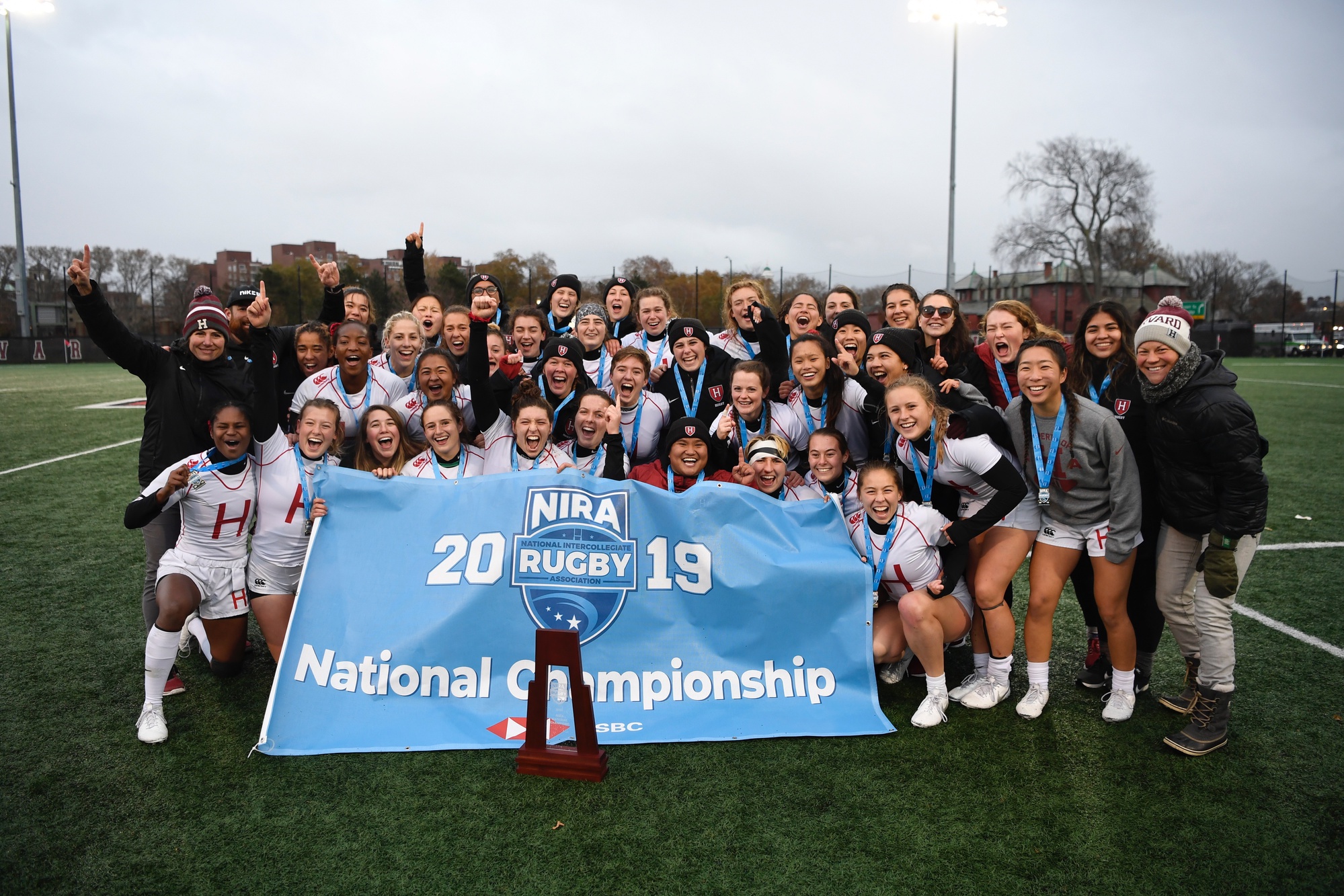 The Crimson celebrate on Mignone Field on a snowy Sunday afternoon. By Courtesy of Gil Talbot/Harvard Athletics
By Lucy Connor, Crimson Staff Writer

The Harvard women’s rugby team was named the NIRA National Champions for the first time in program history this past weekend. The Crimson defeated Army West Point, 18-7, at Mignone Field in front of Harvard’s home crowd.

“The team and program could not be more excited and proud,” junior Gabrielle Fernandopulle said. “We talked all season about hitting our peak at Nationals, and it was incredible to see it all come together.”

The Crimson fell to Army West Point in September, 34-10, which would turn out to be the team’s only loss of the regular season.

“We knew that they were going to be a really tough team physically and have some really strong runners,” senior captain Emily Prentice said. “But I think that we were really confident in our ability to manage the game and stay mentally strong the whole time, regardless of what might happen.”

The Black Knights came out aggressive and scored first, taking the lead 7-0. After many defensive stops by Army West Point, sophomore Sofie Fella was finally able to breakthrough the opposing defense with a dodging run toward the end zone. Right before crossing the line, she passed the ball off to Beese who dove into the end zone, making the score 7-5. The first half was a defensive battle as both teams were unable to break into the endzones once more; the score remained 7-5 until the break.

At halftime, Harvard’s focus was on minor technical adjustments and increasing the intensity level in the second half. Although the Crimson was down two points, its confidence remained high. 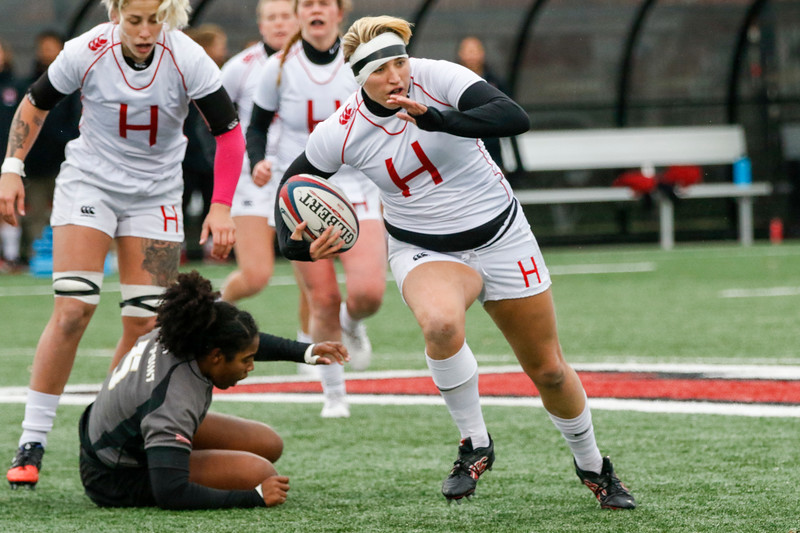 After avenging its previous loss to Dartmouth with a semifinal win, the Crimson took home the national championship with a victory over Army. By Timothy R. O'Meara

“Even though we needed to make a few changes, such as getting a bit more depth, attacking the ball more and getting into space, we were feeling pretty loose and ready at halftime,” Prentice said. “We felt good; we play our best rugby when we are loose and we are just playing for each other.”

“The penalty kick was definitely a turning point because it showed us that we were able to get ahead. We finally trusted that we could be in control for the rest of the game,” Prentice said. “It gave us the confidence to take a breath and just focus on playing our game. We really kept adding on pressure after that.”

First-year Achele Agada scored with about eight minutes left to extend Harvard’s lead, 13-7. With time winding down, the Crimson managed to hold of all of Army West Point’s attacks. Dominique Cantave scored a try with almost no time left, making the final score 18-7.

“This championship was built by more than just this team, but by the generations of Radcliffe Rugby before us that brought our team to this level through their hard work and example,” said Fernandopulle. “We are most proud that we won together, as a family.”

The miserable, snowy weather did not deter the attendance of Harvard fans and thus, the team was able to really experience a home field advantage. Its stadium was filled with energetic Harvard fans, providing extra support and encouragement to secure the win.

“The crowd we had was amazing; having fans who showed up even in the weather created such an incredibly unique experience for all of us,” Prentice said. “Having all of that support from the department, the student body, other teams and our friends made all the difference. It meant so much for us to win the National Championship in front of everyone.”