Modern Art: How a Figure Skater Found Her Home in Golf 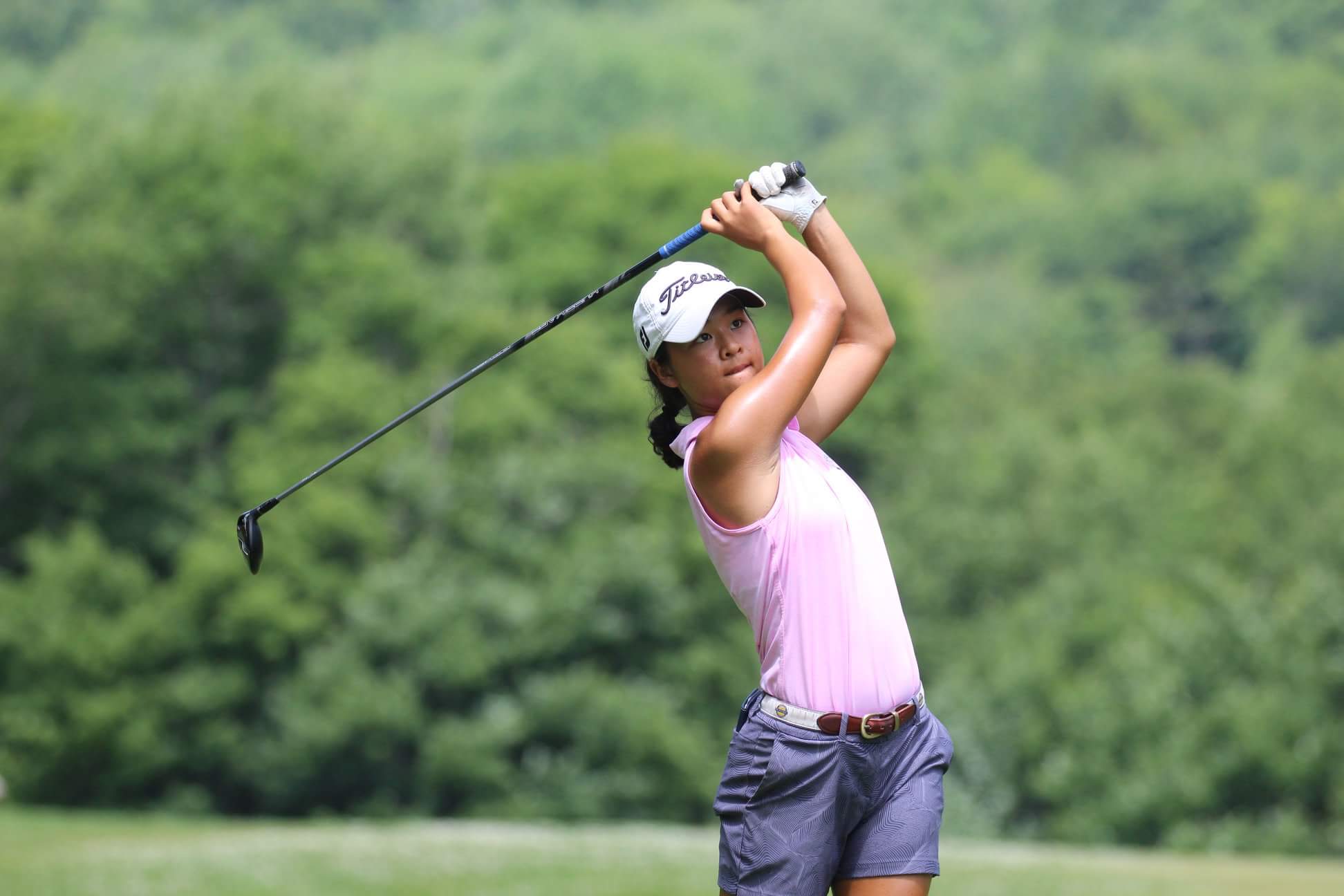 First-year Meiyi Yan was a competitive figure skater for much of her childhood before making the switch to golf. By Courtesy of Meiyi Yan
By David Aley, Contributing Writer

“At first, I hated it,” said Meiyi Yan, a first-year on the Harvard women’s golf team. “But looking back on it now, I wouldn’t be where I am today without golf.”

Yan, who spent her early childhood in Beijing, did not follow a typical path to playing golf at the collegiate level. While in China, she barely even touched a single golf club.

Yan began her athletic career as a figure skater, competing for five years in China. Her brother was an ice hockey player — and without a strong team sports culture in Beijing — she decided to try out figure skating.

Yan would train four to five times every week while living in Beijing, making a 45-minute commute to practice each way. She remarked that she is thankful that her parents sacrificed so much for such a high stakes activity.

But around the age of 11, Yan and her family decided to move to Connecticut. The relocation to the other side of the globe prompted her to experiment with some new athletic interests, and so she tried out her brother’s longtime sport.

“With the new environment, my parents wanted me to make new friends, so they suggested that I try ice hockey,” she said.

Yan went on to play ice hockey competitively for a year and a half, suiting up for her local team in Connecticut. It was also there that she first started to pick up golf, as she would occasionally go to the driving range with her father.

Still, Yan was all-in on playing ice hockey. But after an encounter with a new community down south, Yan’s athletic endeavors flipped completely.

“It was kind of funny, actually, my family went on this cruise to Florida, and we had this family friend in the Orlando area,” Yan said. “We saw the community they were in, which was very golf-heavy, and my parents were like ‘Wow, we really love the environment that Florida has to offer.’”

The warm and bustling golf community of Florida certainly made a remarkable impression on Yan’s parents. With little to go off of besides this visit, Yan’s parents decided to move yet again, this time to a small town right outside Orlando called Windermere. Her parents had already recognized that she had immense athletic talent and potential, and while they had not given her much of a chance to showcase her talent in golf or even see if she liked the sport, they decided that a transition to the new community and sport was best for her.

Yan was not a fan of leaving Connecticut, nor was she a fan of switching sports again. At first, she noted, the switch felt like it was forced onto her. But as she trudged her way through the first few months of frustration, she began to feel more connected to the community and to the sport. Because golf is so huge in Florida, there were many kids around her age competing in tournaments, so she was able to meet a large number of peer golfers very quickly.

Around the age of 12, Yan began competing in tournaments all across Florida. She faced off against many great golfers from the state in addition to golfers from all over the country. Yan noted that the mindsets needed going into golf competitions varied greatly from any figure skating competition.

“For figure skating, you train the entire year and you have at most two competitions a year. And that’s it,” Yan said. “You have a couple of minutes to show people what you trained for. And if you mess up, you mess up. It’s a make or break.”

With golf in Florida, competitions were much more frequent. Taking advantage of the massive junior golf community in Florida, Yan had the opportunity to compete in over 20 tournaments every year. Almost every other weekend of hers was spent on the courses, working on her game.

“You learn so much in competition,” the first-year said. “It’s a learning process and it gives you feedback on what you need to work on and how you can improve in different areas. I had to realize this about every tournament. I had to come to terms with the fact that playing badly is inevitable, but playing badly in one round does not determine who you are or what your skills are.”

Golf, like figure skating, requires an immense amount of focus and precision. Knowing that it is okay to make mistakes and that every swing of the golf club is not the be-all and end-all was initially a tough realization for Yan, but she gradually learned to adopt a growth mindset.The big difference between the two sports, however, is the sheer number of opportunities one gets in golf versus in figure skating.

Although figure skating and golf do seem like polar opposites, there are a few striking similarities, Yan pointed out.

“There are a lot of artistic aspects, and while I was training and competing, I also had to do ballet. Flexibility was also super important,” Yan said about figure skating. “ [The flexibility] helped me in golf because of all of the rotation involved in the swing and follow-through.” 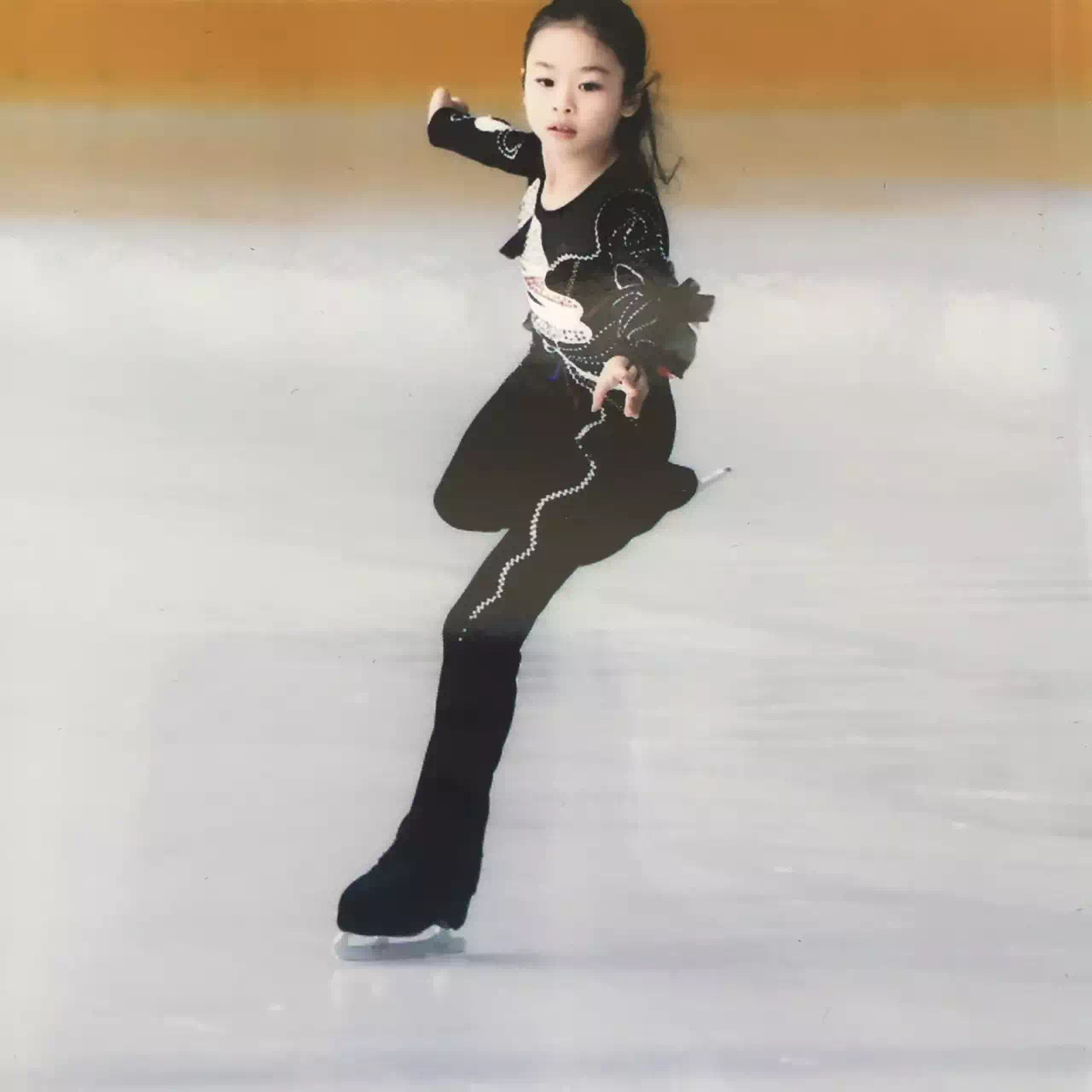 Yan noted similarities between the sport of figure skating and golf. By Courtesy of Meiyi Yan

Both sports are elegant in their own ways, and though golf is not quite as physically demanding in the immediate sense as figure skating, it is equally challenging in golf to improve and maintain a winning mentality.

In regards to the individuality of each sport, Yan noted that competing in both sports yielded some sense of loneliness, but the golf culture felt different.

“Being in America, having that really supportive environment made golf feel less like an individual sport and more like a team sport,” said Yan.

It was in high school that Yan started to fully realize how important it was to have a supportive community. At higher levels of competition, it can often get even lonelier, so having close friends on the team was vital for Yan’s success. In high school competitions, individual scores are combined to come up with a final team result, helping her to develop camaraderie with her teammates and to buy into the community.

Now at Harvard, Yan’s experience with golf has been slightly different. In high school, she would only compete with other members of her team, and she would practice independently. On the Crimson team, she not only competes but also practices with the team.

“The first few weeks were a bit of a struggle because back home I was used to practicing by myself and being in charge of my own time,” said Yan.

But, she quickly adjusted to her new way of life in Cambridge, learning how to manage her time more wisely, both in the classroom and during practice. And now that the fall season is behind her, she feels even more connected to the team.

After a successful inaugural season of collegiate golf playing in tournaments at Dartmouth, Princeton, Yale, and Delaware, Yan said that the training is starting to slow down, but it will pick back up in February for the start of the spring season.

With the spring season comes the Ivy League Championship in addition to an abundance of other tournaments scattered throughout the coming months. Yan hopes to continue her growth as an athlete and as a person by watching the upperclassmen and learning from their experiences.

But for now, Yan seeks to take in everything Harvard has to offer, from spending time with peers at the university to trying her hand at a few other activities, like volunteering or Model United Nations.

Yan has constantly been inspired by others around her, from her time on the ice to her continuing experience playing golf at elite levels. And for someone who has come to embrace and make the most of the unexpected, it is hard to imagine a world where she does not continue to make a name for herself.