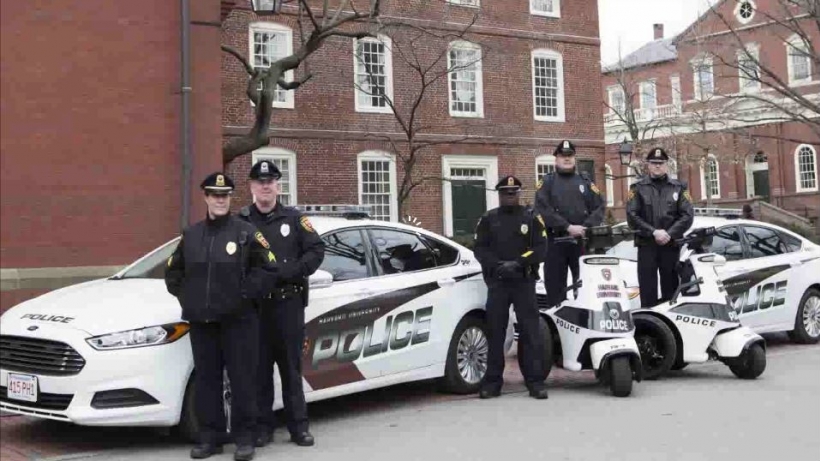 At about 6 p.m. Tuesday, the alleged victim saw Fung “walking laps” around the open showering area of the locker room, behavior he described to Harvard University Police Department responders as “suspicious,” according to the incident report.

Andrea M. Lapointe, Harvard’s Assistant Director of Athletics, said the University is committed to safety in its athletics facilities and responded quickly to the incident.

“The safety of our members and guests is the number one priority at all of our recreational facilities. Upon learning of this incident at Blodgett Pool, per protocol the Harvard University Police Department was contacted immediately,” she wrote in an emailed statement.

While being questioned by HUPD officers, Fung misidentified himself and repeatedly apologized, but did not directly acknowledge he had photographed the affiliate. Fung told officers that “he likes to take pictures, but he hadn’t taken any pictures today,” according to the report.

“He kept stating that he was sorry and that he ‘wouldn’t do it again’,” the incident report reads. “Mr. Fung further stated, ‘I promise to delete everything’, while stating he was sorry over and over again.”

Fung was placed under arrest for “photographing, videotaping, or electronically surveilling partially nude or nude person,” a violation of Chapter 272 Section 105 B of Massachusetts’ general laws, according to the incident report.

If found guilty, Fung could face up to two and a half years in prison, a fine of no more than $5,000, or both.

Fung did not respond to multiple requests for comment.

Fung is a lecturer at the Gordon Institute, Tufts University’s engineering school. He previously taught courses at Columbia University and New York University.

At an arraignment Wednesday, Fung was released from police custody on personal recognizance to await trial. A hearing is scheduled for Mar. 28. Fung was issued a trespassing warning for all Harvard property as part of the terms of his release, according to the criminal docket.

—Staff writer Ema R. Schumer can be reached at ema.schumer@thecrimson.com.