In Wake of Climate Survey, SEAS Administrators and Students Reflect on Diversity Initiatives 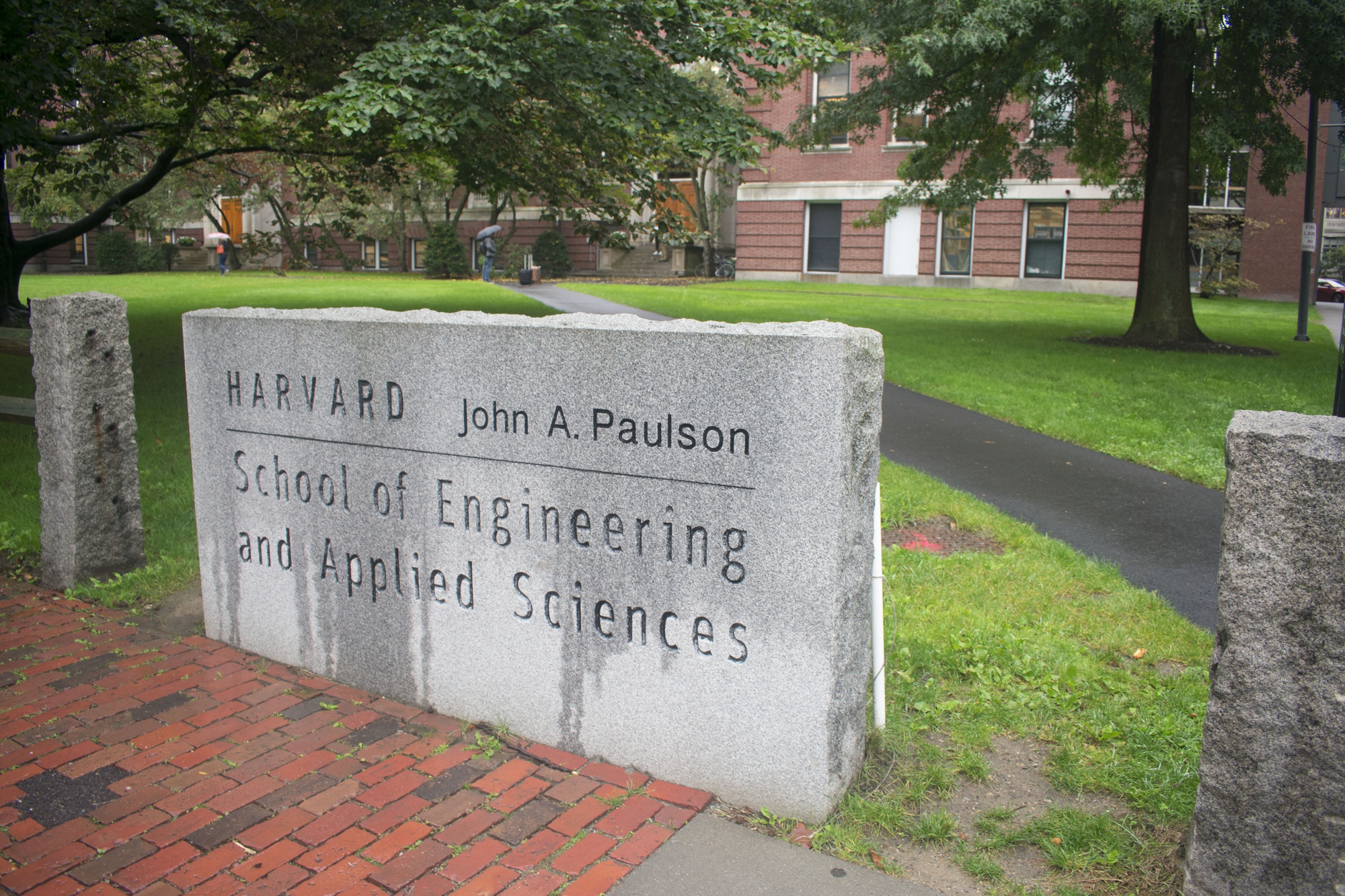 The John A. Paulson School of Engineering and Applied Sciences sign stands in front of Pierce Hall.
By Ruth A. Hailu and Amy L. Jia, Crimson Staff Writers

The John A. Paulson School of Engineering and Applied Sciences sign stands in front of Pierce Hall. By Karina G. Gonzalez-Espinoza

In light of results from a School of Engineering and Applied Sciences climate survey that found more than a quarter of respondents have experienced harassment or discrimination, SEAS administrators have implemented a number of diversity and inclusion measures.

Stokes said SEAS affiliates are working to develop specific recommendations for each priority area, which will be published by the end of the semester in the form of a five-year plan.

In addition to the trainings, SEAS administrators have started requiring a “diversity statement” from all new faculty applicants. They also plan to host their second annual BRIDGE week in April, a weeklong program celebrating diversity in STEM and educating affiliates about diversity and inclusion best practices.

Both Stokes and Kathryn A. Hollar, who has served as director of community programs and diversity outreach at SEAS for the past 15 years, said they have seen increased engagement with issues of diversity, inclusion, and belonging at SEAS in response to the survey’s results.

Hollar has helped coordinate the Research Experience for Undergraduates program, which works to elevate recruitment of diverse graduate school candidates within SEAS. She is also a member of the Graduate Admissions Diversity Subcommittee, which she described as “a group of faculty and staff who read applications and make recommendations to faculty.”

“To do really creative science and engineering research that has a positive impact on all populations requires that we have people who come from different backgrounds and life experiences,” Hollar wrote in an emailed statement. “This committee points out the value of those different experiences during the grad admissions process.”

The presidents of two student organizations at SEAS — the Harvard Society of Black Scientists and Engineers and Women in Computer Science — said the results of the climate survey have reinforced the need for diversity and inclusion initiatives at the school.

“The results of the SEAS climate survey only highlight what we have known to be historically true of STEM fields, that they have a past rooted in practices that often discriminate against women and minorities,” HSBSE President Arin L. Stowman ’19 wrote in an email.

“Knowing this only leads to the firm resolution that organizations like HSBSE, SHPE, WiCS, and SWE need to exist on this campus not only as forms of support, but also so that efforts can be made to change the environment at SEAS,” she added, referencing the Society of Hispanic Professional Engineers and the Society of Women Engineers.

Both Binney and Rao said that while SEAS provided significant support for their organization in terms of publicity and event programming, they believe that many of the diversity initiatives are student-driven.

“I think that [SEAS serves] maybe a more supportive function, and a lot of the initiatives that we’ve come up with have come largely from within WiCS,” Rao said.

“In some ways, it seems like they’re trying to take the burden off of us so we can focus on other new initiatives and not have to do things where it’s like, ‘Hey, if every CS concentrator is coming, that’s probably something [SEAS] should be providing,’” Binney said.

“I think it’d be really great if SEAS as a whole could offer more training to professors and to TFs about what an inclusive classroom looks like,” Binney said.

Stokes said she hopes to increase on-the-ground programming — for example, by bringing in more speakers and organizing more events — in the future and wants to make sure SEAS affiliates feel involved in the process.

“My hope would be that we have some programs in place that all stakeholders within SEAS can get involved in,” Stokes said. “To show that all of these initiatives are for our community, and we’re all taking ownership of our community and the diversity, inclusion, and belonging of our community.”