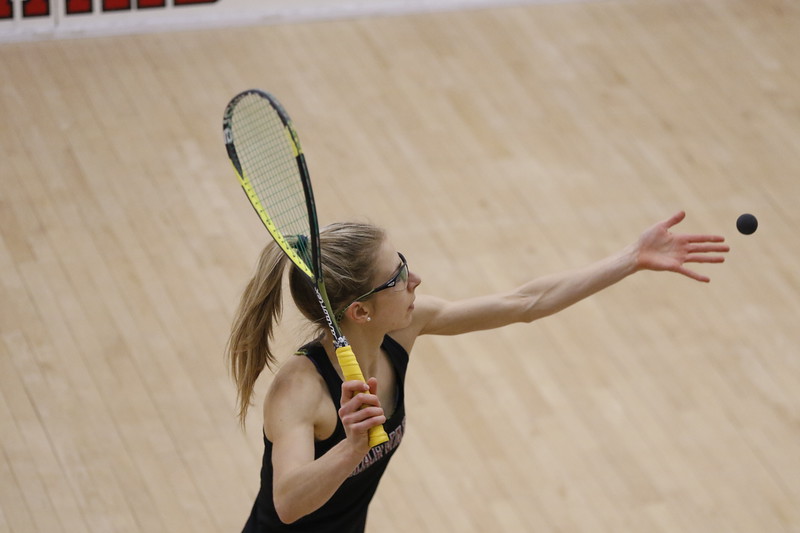 Harvard’s squash teams continued to dominate over the weekend, with both teams taking home their respective Men’s and Women’s Ivy League titles. The victories concluded their seasons in perfection.

The women’s Crimson team clinched its fourth straight Ivy League Title. While it clinched a share of the Ivy League title last Friday at No. 4 Yale, Harvard won the title in its entirety with its win over No. 12 Brown on Sunday.

“We have won it the past four years in a row so we have some expectations for us,” said junior Gina Kennedy. “We do all that we can to prepare and then just do our best to perform on the match day.”

The Crimson continued its dominance over the weekend against Yale and Brown. The team cruised to the finish, as Harvard won both matches 9-0, as they have done in every other match this season.

Senior Sabrina Sobhy started off her final regular season match with a win against Brown’s Alexa Jacobs, 11-8, 11-6, 11-1. Kennedy followed suit dominating her opponent Isabel Young, 11-1, 11-5, 11-7. Similar scores were seen across the board for the following seven games. Harvard has yet to ever lose to Brown, with an all-time record of 49-0.

Consistent trust in each other is how the team has managed to maintain its superiority over the course of this season.

The Crimson’s unbeaten streak was extended to 62 games, which dates back to the 2014-2015 season. Kennedy credited the dominance to the incredible recruiting of the coaching staff.

“The recruiting is amazing; our coaches recruit from all over the world,” said Kennedy. “We’ve done so well with getting the strongest players to come to Harvard.”

With the continued success over the past few years, it could be perceived as nit-picky to determine how the team could improve. However, in her third year on the team, Kennedy believes this is the strongest squad she’s been apart of.

“I think this year it feels like we know exactly what to do,” she explained. “Our team is so strong this year, probably the strongest team since I’ve been here. There’s just a nice air of confidence around us.” 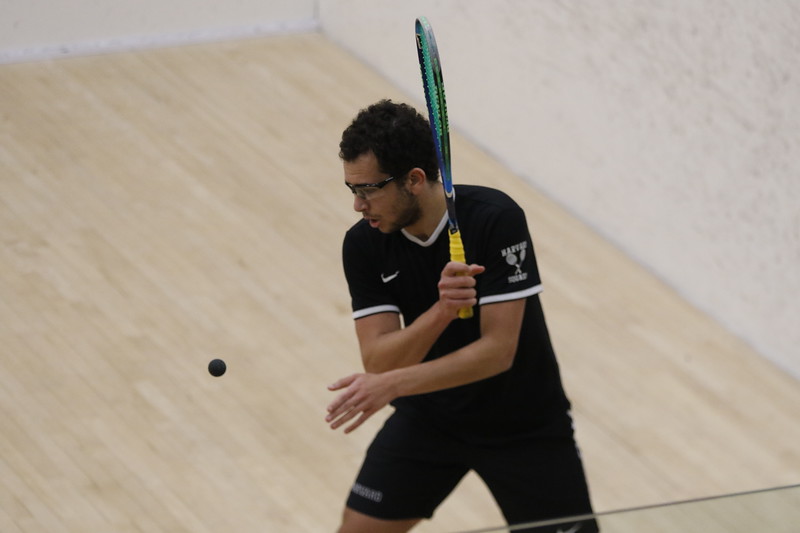 Men's squash captured its fifth conference title in the last seven years with a win over conference rival Brown. By Timothy R. O'Meara

Though it is Harvard’s fifth Ivy League title in the last seven years, the team was particularly motivated to win it this time around.

“It was really important to get this title, especially since we didn’t win the title last year,” said freshman Victor Crouin. “We just wanted to get the trophy back home.”

The success continued for each of Harvard’s players, with only one loss of a game to a Brown player. Just like Harvard’s women’s team, the men’s team has never dropped a contest to conference foe Brown, with an all-time record of 29-0.

The victory resulted in the 42nd Ivy League title for the team.