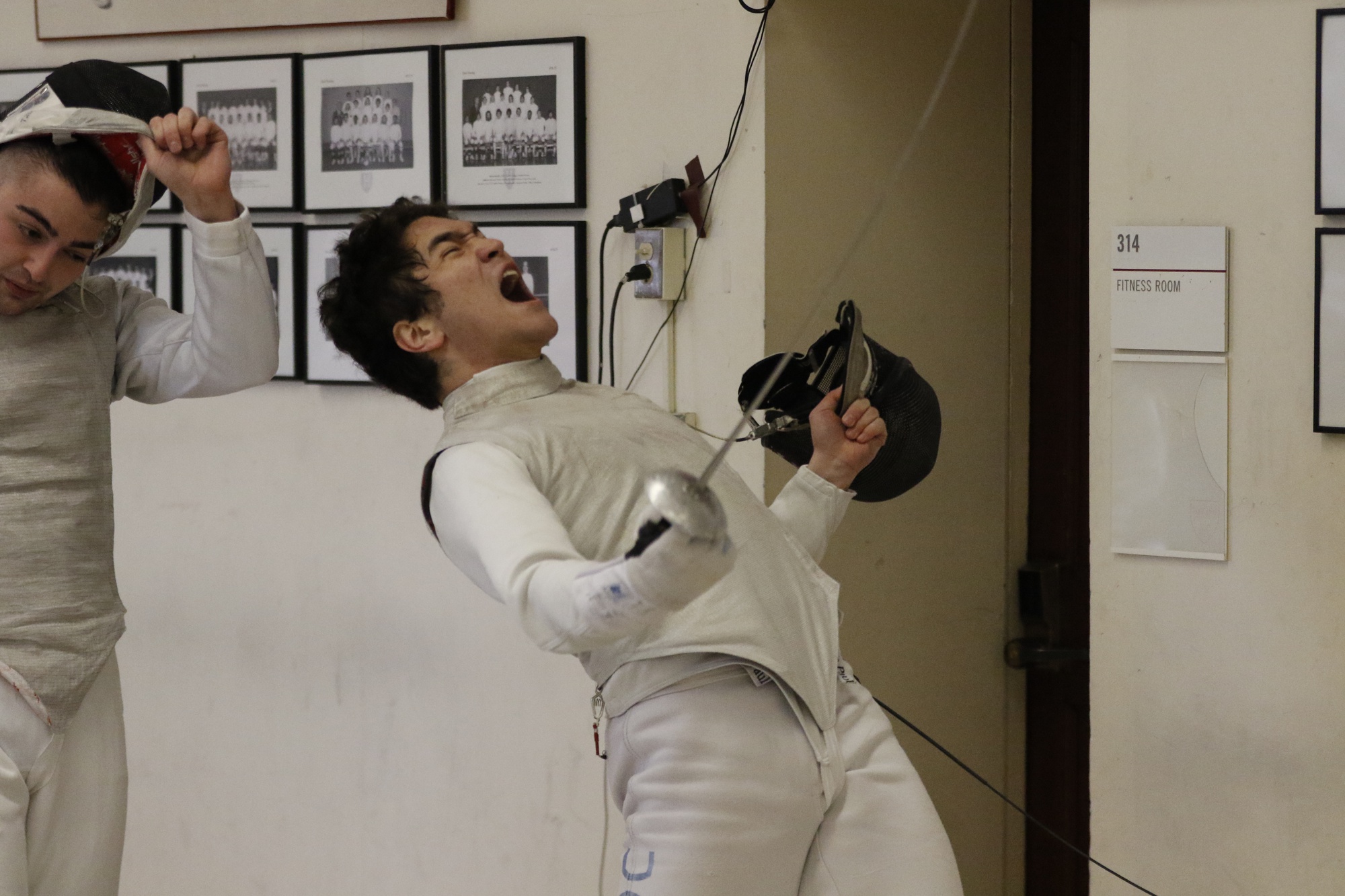 After a strong performance at the St. John's Invitational in Queens, N.Y., Harvard fencing traveled back home to take on NYU. With a dominating performance from both No. 2 men’s fencing and No.7 women’s fencing, the Crimson marked another tally in the win column. Dating back to December, the men’s side has won eight out of its last ten bouts while the women’s has come away with 10 out of its last 13.

“We have Ivy League Championships next week,” junior co-captain Duncan Rheingans-Yoo said. “But you can never look ahead to the next match. You always have to focus on who is in front of you. So I was extremely happy today, the team was able to come out and have a strong showing.”

The No. 2 Harvard men’s team got off to fiery start against NYU, racking up multiple early victories against its visiting opponents at the Malkin Athletic Center.

“It felt really good, this was my first college meet in a long time,” said sophomore Geoffrey Tourette, who had competed internationally at the Junior World Cup over winter break, earning bronze. “It was good to get out there and fence really well. [I] started out and fenced really strongly out the gate.”

The Crimson continued to sustain that initial fire and eventually beat out NYU with a score of 23 to 4. Harvard’s dominance was in part lead by the men’s foil squad consisting of sophomore Geoffrey Tourette, junior co-captain Duncan Rheingans-Yoo, junior George Haglund, and junior Matt Branman.

The foil squad went a perfect 9-0, with Tourette netting the highest team touch differential of the day of +11 and moving to 14-0 on the season.

“First bout, Geoffrey goes out and gives a dominating performance and it really sets the tone for the day,” Rheingans-Yoo said. “It makes everything easier on the rest of us to get that confidence built.”

The No. 7 Harvard women’s team showcased a commanding performance against NYU, with junior and foil fencer Natalie Yang netting a team high touch differential of +12.

“Our performance was really great today,” senior and co-captain Shawn Wallace said. “The whole team came back early for J-term and this performance shows how much work we put in.”

“Women’s epee definitely pulled through today,” Gao said. “We did not lose any bouts and we were not worried that we were gonna lose.”

Home field advantage also played a key part in both victories, with the Harvard crowd providing a large wave of support throughout the entire competition.

“Atmosphere is everything,” Wallace said. “The Harvard fencing team, we put a big emphasis on our teammates around us and the level of energy in the room, so home-field advantage is a great addition to that atmosphere.”

Both teams head to New Haven, CT., next weekend for the Ivy League Championship where its main competition will likely be Columbia, ranked nationally inside the top-four for both men’s and women’s.

— Staff writer Mohamed Ahmed can be reached at mohamed.ahmed@thecrimson.com.