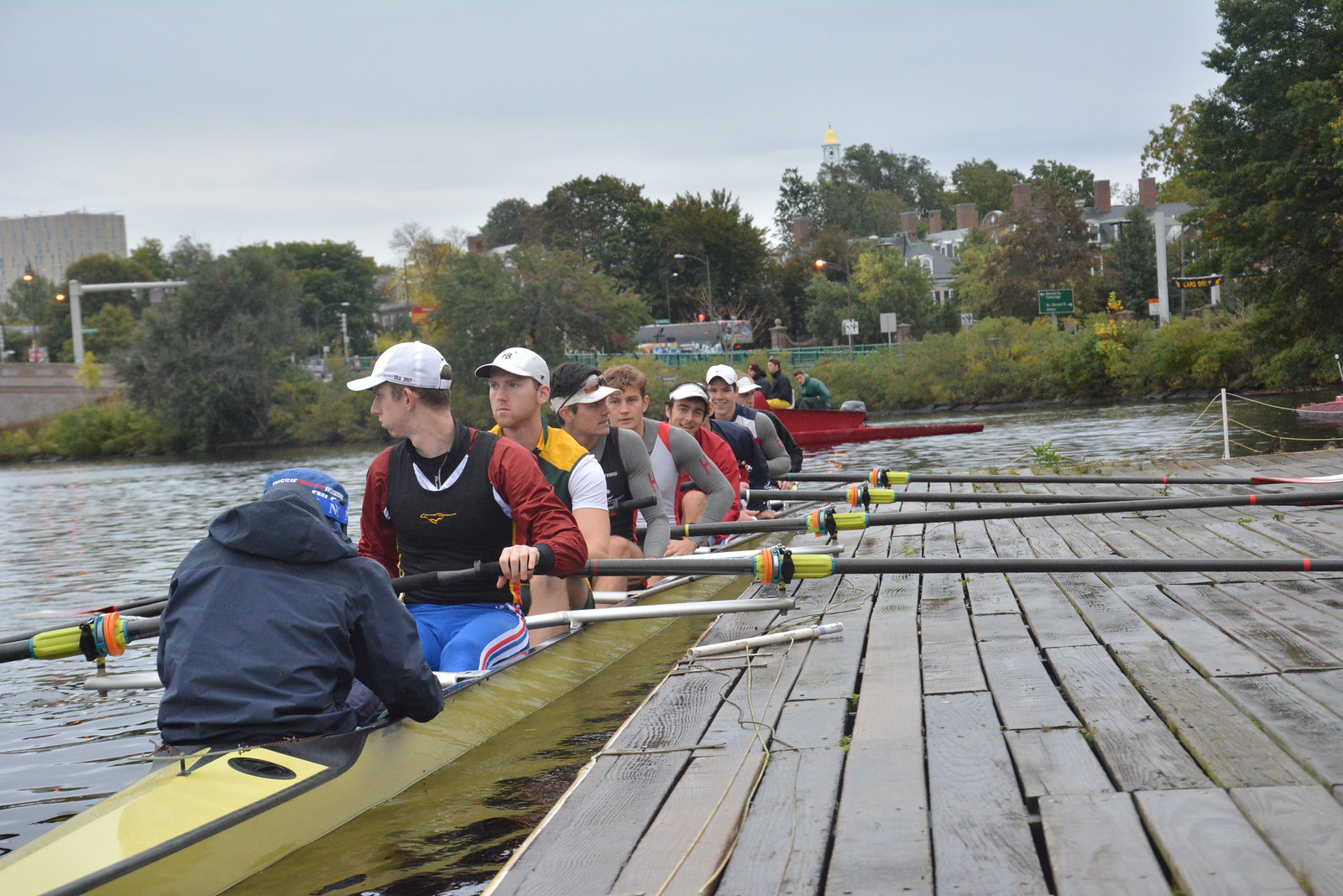 Harvard Crew puts in their 10,000 hours of practice in their quest for perfection.
By Leon K. Yang, Crimson Staff Writer

As the ice of the River Charles thaws and recedes, the Harvard crew programs look to rejuvenate the waters with intensive competition and spirited drive. On the heels of competitive seasons last year, each team looks to embark on an even more successful campaign this spring.

The Radcliffe lightweight crew placed its first varsity boat fifth at last year’s IRAs in 7:33.483. The team also captured the Muri Cup. For senior Tessa Buchan, the development of the younger rowers in the program was a theme of last year and will continue to play a large role this coming spring.

“We gave a lot of speed and kept that through until this past fall, and in the fall for the Head of the Charles, we won the lightweight four event, so that was a pretty big highlight,” Buchan said.
“We were able to field two eights in the lightweight eight event; in the previous year, we only had one eight there.”

“I think we’re seeing a lot of people have personal records right now,” Buchan added.
“The team overall is getting speedier from the 3V to the 1V. We’re going to be in Florida in three weeks for winter training, and that’s a pretty exciting time. We really see all the work we put on the erg show on the water, and we’re going to be in D.C. on March 30 for the first race. Hopefully we’ll get a W there.”

New assistant coach Mary Foster will join head coach Sarah Baker at the helm after serving as a volunteer coach in the past.

The Crimson men’s heavyweight third varsity boat finished second at the IRAs last year and also took first at the 153rd Harvard-Yale Regatta. The team took the Smith Cup over Northeastern and the Compton Cup over Princeton as well.

Radcliffe’s heavyweight team placed fourth at the Ivy League Championships and took the Eastern Sprints title after winning the first and second varsity eight and the first varsity four.

The Harvard men’s lightweight crew took bronze at the IRAs last year after starting the season red-hot, including a string of victories against then top-ranked Cornell. The team took the Biglin Bowl from Dartmouth and MIT and capsized Navy to take the Haines Cup.

The men’s crew looks to build on the momentum of a strong senior class. Senior Jack Stone, the coxswain for the 1V, emphasized the significance of the the older leaders on the team.

“It’s phenomenal that we have such a huge senior class, and I think we have had very few seniors leave the team over the last four years,” Stone said. “We’re now seeing a lot of leadership from everyone across the class, and I think the seniors, all of us, will really help make this team even better through our final year and leave a good legacy.”

At its core, each and every one of the members of Harvard’s crew team is a driven athlete. The strenuous and continuous year-long training regiment is hard to fathom. Yet every morning, these rowers will awaken in the wee hours to take on the training challenges of the day, pushing themselves to greater heights.

“I can just say that the guys that I’ve met on the team are easily the hardest working people on campus,” Stone said. “There’s no one who is slacking off in class; [they’re] taking incredibly advanced courses, and it’s really a challenge because unlike most sports, there’s really no offseason, so during the entire year, there are guys doing research with professors, writing theses, taking classes like Math 55 as well as doing a sport that continues throughout the whole year.”

Rowing is clearly not just a physical sport, but one that necessitates incredible mental fortitude and persistence. The qualities and discipline of the sport require laser focus and immense composure during races.

“They just have to keep pushing themselves throughout the entire race,” Stone said. “When you think about a sport that requires you to be in such good physical condition throughout the year, the vast majority of the year you’re training and races are months away, so I think the sport attracts people who think really far ahead and stay disciplined with their fitness.”

Daniel James Brown’s The Boys in the Boat is the epic retelling of the University of Washington’s crew triumph at the 1936 Berlin Olympics. The camaraderie and companionship of that Washington crew parallels Harvard’s own. From waking up early in the morning to spending many hours a week at practice, the sport welds the most driven of people into the most formidable of athletes.

“Rowing is a bit of a crazy sport,” Buchan said. “I actually did the math the other day that we’re going to do 20,000 minutes of training in the spring and only 42 minutes of competition. So I think the dedication to the team as a whole, and that you’re pulling for the girl in front of you, behind you.”

“I think rowers are generally those who love the feeling of the workout and the feeling of having the team there, and as much as we’re super competitive, that inner drive, our ability to compete within ourselves and beat our own personal records is something that keeps us so in love with the sport.”