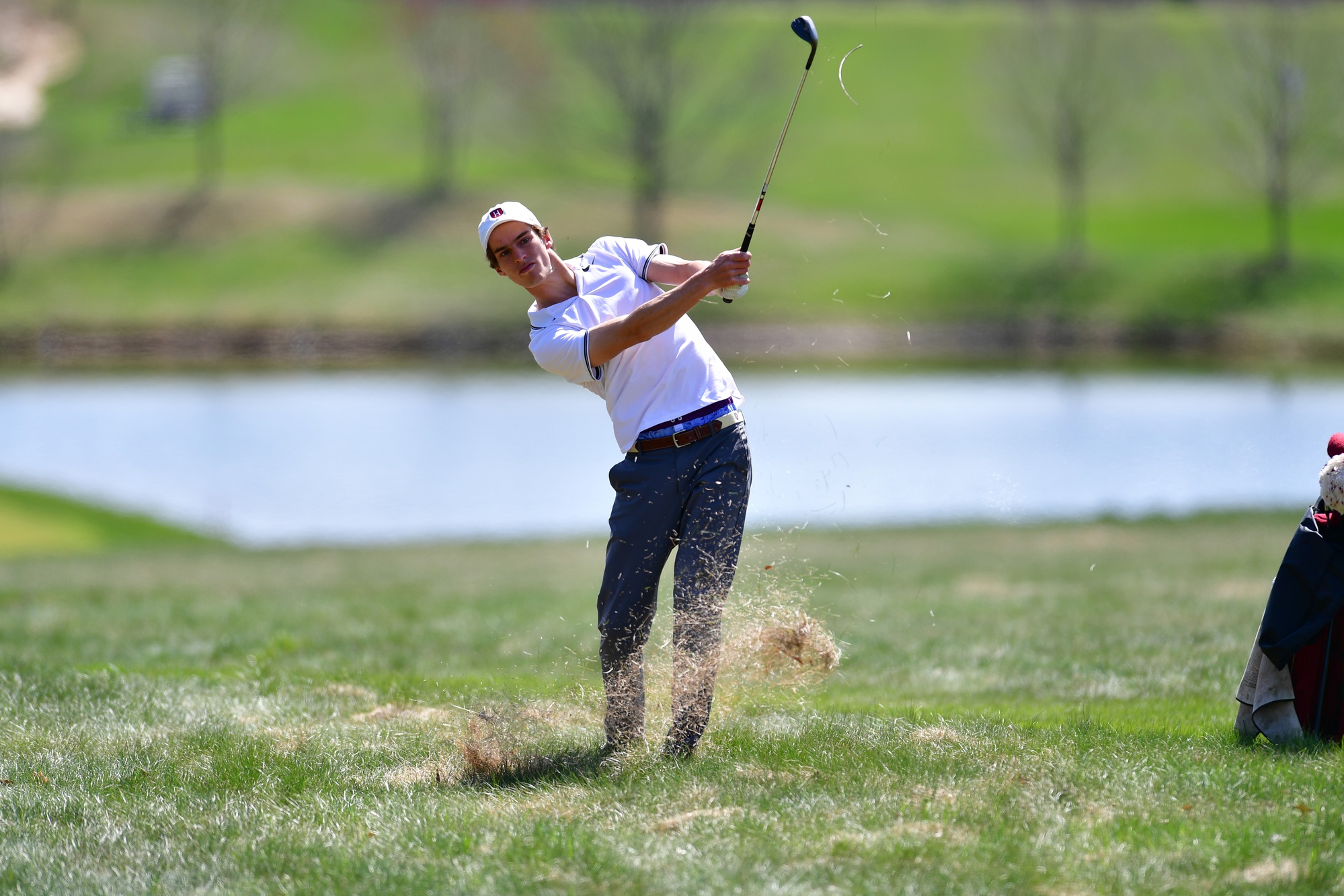 Harvard kicked off its spring season with a trip to Scottsdale, Ariz. over the weekend. By Courtesy of Harvard Athletic Communications
By Kostas Tingos, Crimson Staff Writer

This past weekend the Harvard men’s golf team opened up its 2019 spring campaign in Scottsdale, Ariz. at the Michigan Desert Mountain Tournament. If you just consider the scoreboard, it would definitely appear to be a slow start for the group.

The Crimson placed last in a field of 12 teams with a total combined score of 929. Mississippi State pulled out the victory with a score of 856, while Kansas (862) and Marquette (871) rounded out the top three.

The Bulldogs were led by junior Garrett Johnson who appeared at the top of the individual leaderboard as well. Through three rounds he shot nine under par, which included a 66 in his first round, for a total score of 207.

However, considering the circumstances, the result is not as bad as it seems for Harvard. The inclement weather this season has prevented the team from playing and practicing outdoors. Furthermore, this trip to Arizona was much earlier in the season than is customary.

“Usually our first tournament isn’t until a week after spring break,” junior Rij Patel said. “This was a very interesting experience in that we basically just started off our year with one day of [outdoor] practice. We got to play one round of golf before jumping into a tournament.”

A positive of this early competition, no matter the final standings, is that now the Crimson has direct and valuable feedback about where it stands. It will allow the players to focus on what’s required as they head into spring break.

“It was really good for us to go out to Arizona and compete to see where our games were at,” sophomore Grant Fairbairn said. “All of our games were trending in the right direction and we all found super positive things to take away, so it was a really good learning experience overall.”

Despite the team not performing well as a whole, Fairbairn’s play proved to be a bright spot over the weekend. The sophomore found himself tied for 17th on the individual leaderboard with a score of 221. A mediocre second round was sandwiched by two impressive scores of 70 in the first and third.

“In those conditions he played outstandingly,” Patel said of Fairbairn. “To go out in your first round of the year, without playing outdoors, and to shoot two under par at this demanding of a golf course requires you to hit the ball super straight. There is very low margin for error and Grant was hitting it on a string.”

Over the tournament Fairbairn notched 13 birdies with seven of those coming in the final round. Only five other golfers topped this mark.

“My game really clicked for me,” Fairbairn said. “I’m usually a pretty good ball striker. The only real question was whether I was going to putt well, and luckily I found my putter. I was able to convert on a lot of birdie opportunities.”

The second best Harvard performance was turned in by freshman Brian Isztwan. His score of 231, good for 54th at the tournament, was highlighted by a 73 in the first round. The first year student achieved this with 30 pars and eight birdies in total.

That being said, the group will not be completely satisfied with how the event transpired. There are several things that will need to be adjusted as the Crimson gears up for the rest of the season. Even Fairbairn, who had a strong showing, knows that he can be even better.

“I need to follow my routine and my process a little bit more,” Fairbairn said. “I kind of lost myself out there on a couple shots. Overall if I can clean up my process and my routine, my game will be a lot tighter.”

The general feeling after the trip is a positive one. The group is putting aside the 12th place finish and instead focusing on how they can use the experience to their advantage. They gleaned a lot of information from their play, both good and bad. There is still a lot of golf to be played and Harvard is eager and excited for the rest of the season.

“I can’t wait to see what the rest of the season has in store for the team,” Patel said. “All of us had a round below 77. In a tough course like this in your first week out playing golf, that’s a really good sign.”