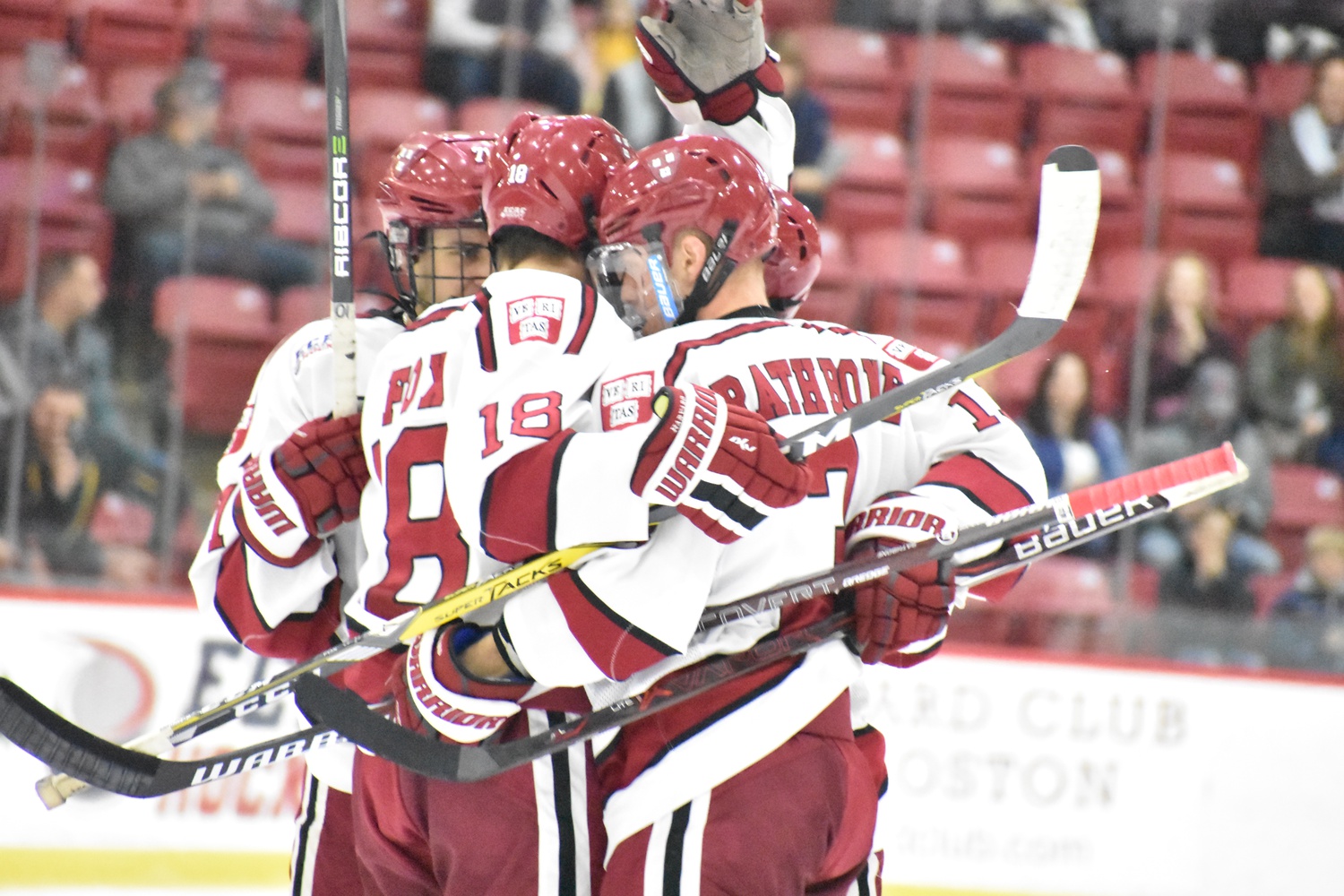 Manchester, N.H. — The Harvard men's hockey team returns to NCAA Tournament play for the first time since its 2017 Frozen Four this Friday, at the Northeast Regional. As a four-seed, the Crimson (19-10-3, 13-7-2 ECAC) starts off the road back to the Frozen Four against regional top seed UMass Amherst (28-90, 18-6-0 Hockey East).

The Minutemen pose a formidable challenge as a whole, but this clash will also pit two Hobey Baker Top Ten finalists against each other — Harvard junior defenseman Adam Fox (9–39—48) and UMass sophomore blue-liner Cale Makar (15–31—46), inarguably two of the nation's biggest talents on the back end, if not the biggest. This game will also see the nation's best power plays go head-to-head. A 3 p.m. puck drop makes this one-four matchup the first contest of the day, with the winner progressing to tomorrow's game while the loser's season comes to an end.