From Manager to Midfielder: The Story of Michael Calabro 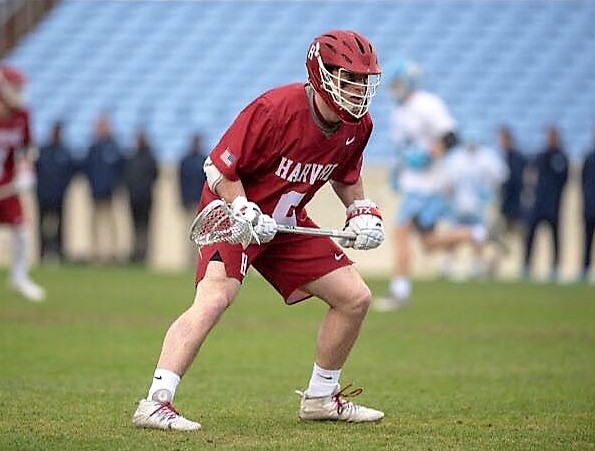 For most college students, the dreams of suiting up to play a varsity college sport are left back in high school. However, there are, every once in a while, exceptions.

Despite not receiving scholarships nor recruiting letters, these are individuals who are willing to dedicate their time and energy, while balancing other life activities, to a sport simply because of a love for the game.

Walking on to a team requires an immense amount of diligence and hard work that not many are willing to put in. This is a story on one of the few dream chasers. This is the story of Michael Calabro.

Calabro, now a junior, moved into his first-year dorm room in the fall of 2016. It just so happened to be that his roommate was current junior defenseman Beau Botkiss. Botkiss, who still remains roommates with Calabro to this day, had a major impact on shaping the Dunster resident’s future. The pair grew close in the following months, and Calabro also developed close friendships with other freshmen on the lacrosse team.

Up until college, Calabro had never played lacrosse, but he wasted no time getting involved with the Crimson program.

“One day, the coaches mentioned that the team was looking for a manager to film practices, and the guys convinced me to take on the gig,” the Andover, Mass., native said.

As the lacrosse manager, the St. Sebastian’s product trekked down to Jordan Field alongside the rest of the team. Every day during the season, he would help set up and take down the field, as well as film the practices, rain or shine. Calabro was very appreciative of the experience, as it allowed him to become closer with a lot of the team members and coaches.

The new team manager continued to maintain an active role around the team for the rest of his freshman year, as well as all throughout his sophomore year. While he very much enjoyed his time as manager, something changed for the Andover, Mass., native towards the end of his sophomore year.

“I came to the realization that I really missed competitive sports and decided that I wanted to try out for some team in the fall,” Calabro said.

Up until attending Harvard, Calabro had played football, basketball, and baseball for his entire life. He especially missed the camaraderie and competition and sought to reattain it heading into his junior year. After pondering over which sport to attempt trying out for, Calabro ultimately decided to try to join his friends on the lacrosse team.

During his sophomore year, Calabro gained a bit of experience playing lacrosse in some club games, but found that he needed to better prepare himself both mentally and physically.

“I knew that learning a new sport would be a huge challenge, and would make for an exciting way to push my boundaries over the summer,” Calabro said. “Regardless of whether or not I ultimately made the team.”

Calabro knew he had a lot of work ahead of him, but he was fully committed to achieving this goal. After getting approval from head coach Chris Wojick ‘96 and head strength coach Tim Mullen to participate in strength and conditioning workouts in the summer, the incoming junior began the seven-week process of early morning lifts, speed work, and conditioning. At the same time, Calabro took summer classes and worked for Harvard Student Agencies.

Outside of the actual summer sessions, Calabro sought the advice and guidance of some of his friends on the team. He would practice as much as he could, and when he had any free time, the midfielder would spend it studying the game and learning little tips and tricks to help him improve. Calabro kept up this routine all summer in preparation for tryouts in the fall.

Finally, tryouts came around, and all of the hard work that Calabro put in paid off.

“Ultimately I tried out for and made the team as a defensive midfielder this fall,” Calabro said. “Making the team was the craziest, coolest, and most important thing that has ever happened to me.”

At the end of those tryouts, Coach Wojick had a special surprise announcement given in front of the entire team.

“Calabs you have been with us for two years now and have done an awesome job,” Wojick said in a locker room video posted on Instagram. “You have been a great manager and someone I don’t know how we will replace...Today, rather than filming, you will be wearing Crimson, my man!”

However, Calabro knew that the journey was not over, rather, it was just getting started. The transition to playing a varsity sport, especially one that Calabro was still picking, was not an easy one. “There were a ton of nuances of the sport that I still did not know, and I was extremely blessed to have a group of awesome teammates who would always encourage me whenever I screwed some detail up in practice.”

Calabro continued to work all fall and winter with the team, and when opening day came on Feb. 16 against No. 12/14 North Carolina, he was suited up alongside all of his teammates. Thus far, Calabro has played in all four games of the young 2019 season. He continues to train hard to develop his skills and studies as much lacrosse as he can to learn more about the game.

Looking back, Calabro credits all of his success throughout this long journey to his teammates.

“They’ve been insanely supportive of me throughout all of this, and I am lucky to have these 38 guys as my best friends on campus. They’re the best.”