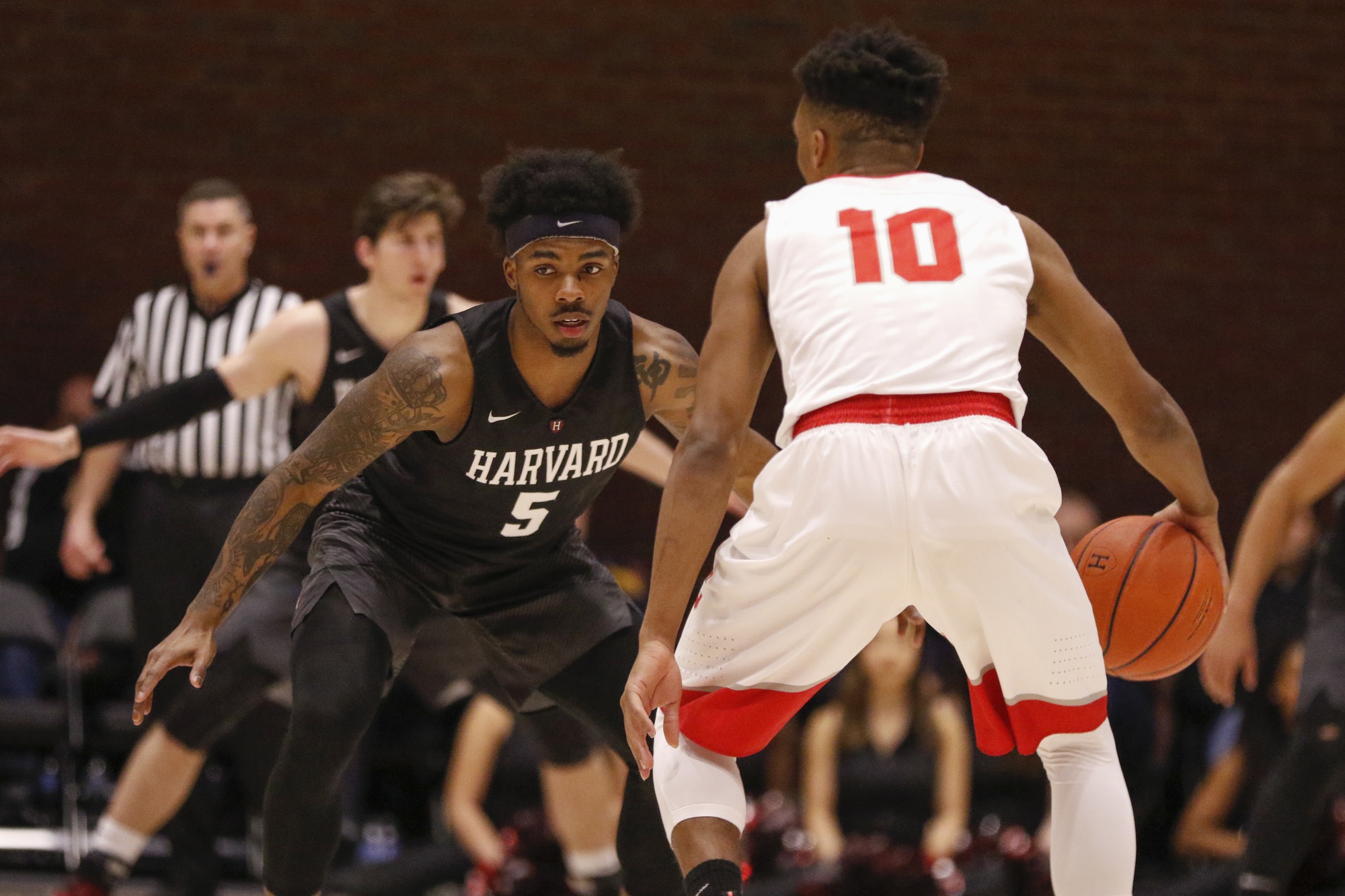 If you had told the casual Harvard men’s basketball fan that the team would sweep the season series against Yale, Penn, and Princeton, but lose both games to Cornell, you might be hard pressed to find someone that would believe you. Yet, sure enough — on Friday night —the Crimson fell to the Big Red by a 72-59 score, postponing a potential clinching of the Ivy League title until tomorrow night in New York City.

Cornell (14-15, 6-7 Ivy) entered play Friday night needing a victory, and help from Yale, to keep its slim tournament hopes alive. Despite the Big Red’s strong effort against Harvard, the Bulldogs fell to Penn at the Palestra, ending Cornell’s season and ensuring that Friday night would be senior guard Matt Morgan’s second to last game in a collegiate uniform.

The senior guard, largely unrecruited throughout high school, will graduate Cornell as the school’s leading scorer, and didn’t disappoint against the Crimson, scoring 31 points on 9-of-16 shooting. The Concord, N.C., native entered Friday night’s action averaging 22.3 points per game, a shade under his 22.5 points averaged in the 2017-2018 season.

Morgan was the lynchpin in the Big Red’s upset victory at Harvard, scoring crucial points late, and knocking down several free-throws to help hand the Crimson its first and only home loss in Ivy League play, and tormented the visitors for a second time this season.

“Matt Morgan is a gifted offensive player, he makes you pay for every mistake,” Harvard coach Tommy Amaker said. “His shotmaking, his confidence that he has, gives everybody else on their team confidence.”

In a matchup largely billed on Harvard’s Ivy League championship clinching possibility, as well as the intriguing head to head between Morgan and junior guard Bryce Aiken, the latter struggled mightily in Ithaca. Aiken finished with 17 points to lead the Crimson, but did so on just 4-of-18 shooting, knocking down merely one of his 10 shots from within the three-point arc. Aiken was the subject of several double teams and ferocious defense by multiple Cornell defenders, and labored along with the rest of his teammates, who shot under 30 percent as a group.

“We just had a tough night shooting the basketball,” Coach Amaker said. “We didn’t do a good job of defending them on the other side.”

Despite entering play as the third worst defense and the worst offense in the Ancient Eight, the Big Red came out fired up in front of their home fans. Morgan wasted little time getting it going at Newman Arena, drilling a triple just over a minute into the game. The senior was anchored to the bench for the final three minutes of the first half, however, after picking up two ill-advised fouls, both of which were of the loose-ball variety.

With Aiken scuffling, junior guard Christian Juzang stepped up in a big way in the early going, exploding for 11 points in the first half, to lead all scorers. Juzang would finish with 15 points and four rebounds, in 33 minutes. Despite a quick start from the Tarzana, Calif., native, and Chris Lewis, who scored six early points, the Crimson and Cornell entered halftime knotted at 29 points apiece. The hosts’ ability to keep the game close was largely thanks to nine first-half points from Morgan, and a bench that tallied seven points.

Astonishingly, Harvard entered the intermission with not a single bench point — an anomaly for a Amaker-led team that prides itself upon bench and balance. By the time the final horn sounded, the Crimson bench had generated just three total points, all of which came on a three-pointer from freshman Spencer Freedman with under a minute to play in garbage time. While scoring might have come at a premium from the bench, rebounding certainly did not.

For a second straight weekend, Danilo Djuricic made his presence felt on the glass, snaring rebounds at will. The Brampton, Ontario., native put up an astonishing nine rebounds, good enough for a career-high, in the first half alone. The sophomore forward would finish play with 10 boards, unable to penetrate the scoring sheet on his five field goal attempts.

The Big Red’s struggles on the glass continued against an oversized Harvard team, Friday night. The Crimson were able to garner 19 offensive rebounds against Cornell, shockingly only tallying six second second chance points. Harvard’s rebounding performance was hardly a surprise considering the Big Red’s rebounding margin on the seasons rested at negative five per game, far and away the worst in the Ancient Eight.

Morgan came out of halftime firing, drilling back to back three-pointers to give the hosts a six point lead. Back to back turnovers from Lewis compounded the issue, and allowed the Big Red to extend its run out of halftime to 8-0. The junior forward finished with a staggering seven turnovers, part of a 16-turnover effort by the visitors.

A 9-0 run for the Crimson in the middle of the second half, bookended by a flagrant foul on Terrance McBride against Catchings, allowed the visitors to take control with 12 minutes remaining. Playing with the lead, Harvard faltered, allowing Cornell to take a lead with a 9-0 run of their own.

With its backs against the wall, and the season on the line, the Big Red buckled down, getting stop after stop, allowing the hosts to extend a double-digit lead in front of a raucous home crowd.

“Tough night for us,” Coach Amaker said. “Give credit to Cornell and how tough they played throughout.”

When time had expired, the Crimson was left with a 13-point loss that didn’t truly reflect up how close the game was from wire-to-wire. Regardless, with a Bulldogs’ loss to the Quakers, either a Harvard win at Columbia, or a Yale loss at Princeton tomorrow night, will seal yet another regular season Ivy League title for Amaker’s team.

Hot as of late, it will be imperative for the Crimson to hit the reset button after Friday night’s disappointing loss — both for the sake of winning the league tomorrow night, and carrying momentum into the Ivy League tournament in New Haven, next weekend.