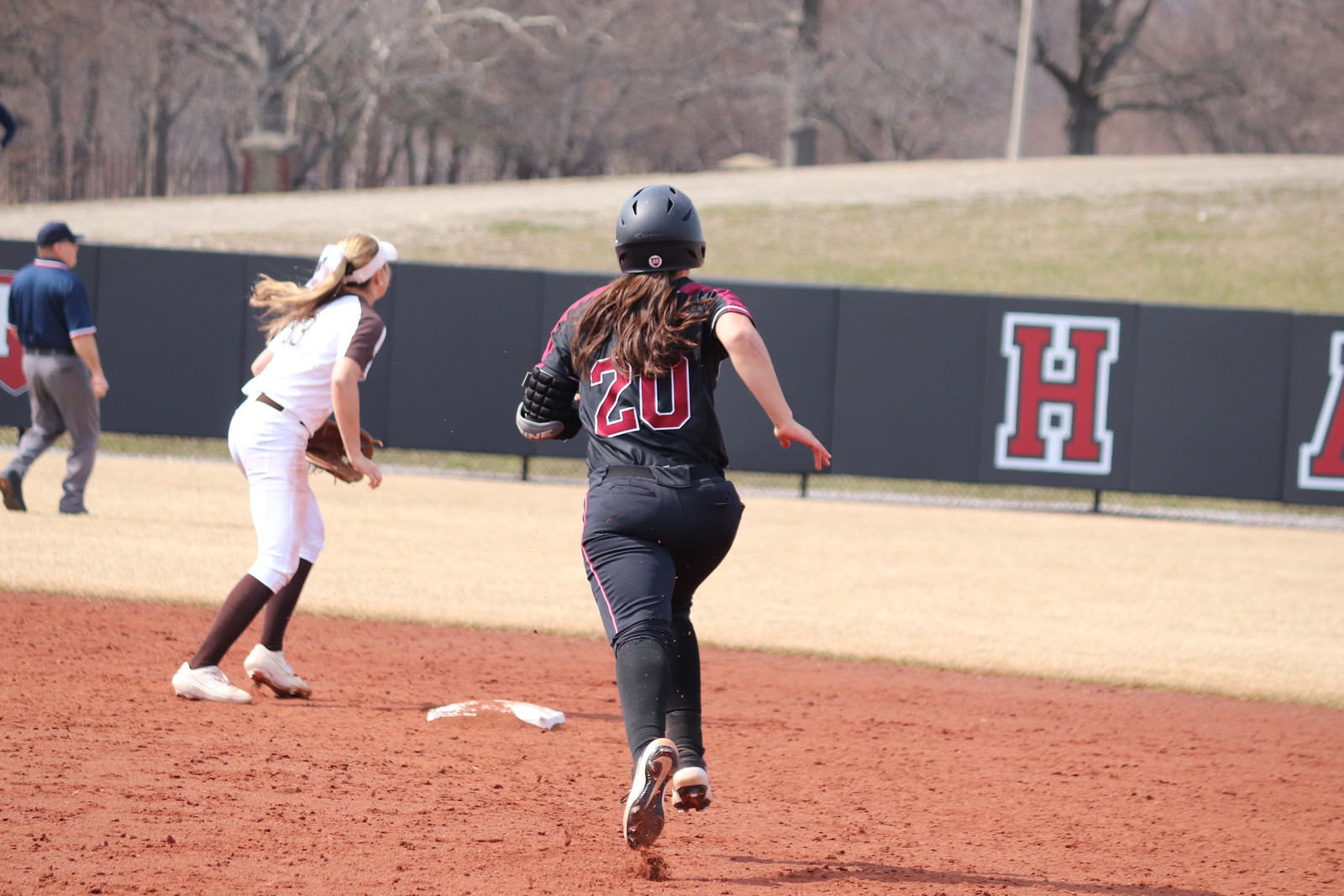 For the women of Harvard’s softball team, home ain’t hard to find. And for those who choose to make long-distance, persistence-requiring trek across the Charles to Soldiers Field, the team’s home green is certainly an easy place to locate as well – for spectators, the walk to the ballpark is more of a walk in the park.

The first thing that will draw any cheerer-of-the-Crimson to the squad’s home turf is the noise level. Sandwiched smack in between O’Donnell Field – home to Harvard’s baseball team – and the unnamed, unkempt remnants of a long-abandoned Little League diamond – home to a much older, albeit much more enthusiastic, men’s softball team – any reputable acoustician would sentence Soldiers Field to a lifetime of comparative soundlessness. However, this was not the case in this weekend’s games against Brown.

Fans of the ladies in Crimson are not ones to be silenced, shouting, at the top of their lungs, everything from “Show ‘em the money, Harvard!” to “Rhode Island isn’t even a real state!” (in response to that last putdown, one particularly-spirited dad from the Ocean State hollered, “Smallest state, biggest wins!” and proceeded to scout the bleachers for chuckles. Nobody laughed). For the Crimson, this home field enthusiasm may have been just what the team needed.

“We worked really hard this week to really bounce back from a tough opening weekend last weekend, so it’s always refreshing to be on our field and protect our house,” said Harvard captain Kaitlyn Schiffhauer. “We take a lot of pride in both the work we’ve done this week and wearing the Harvard name across our chest every weekend.”

Last weekend was certainly a tough one for Harvard (10-12, 4-2 Ivy). Though the team trounced Penn in their first match against the Quakers last Saturday, the Crimson fell to their Ivy League rivals in both of last Sunday’s games, provoking both the dreaded mercy rule and a series loss. However, a focus on hard work and perseverance this past week certainly paid off for Harvard, who swept Brown (8-13, 1-5) in this weekend’s games.

Being on [our home field] brings a sort of comfort and confidence,” said long-time Harvard coach Jenny Allard. “I think we had a really tough week of practice and we really worked on a lot of things, so it was nice to see the team carry those things into the game this weekend.”

The Crimson certainly did not expect an easy matchup this weekend. The Bears, coming off of three hard-fought battles against the Cornell Big Red, seemed ready claw at Harvard’s hopes of winning the series – but for Brown, this proved to be a task too hard to bear.

“I think all three [games] were a really tough battle,” said Crimson captain Katie Duncan. “Brown is a really good team and they’re going to do a lot of damage in the Ivy League this year. They swing really hard, so to be able to walk away with three wins was really huge for us.”

A Harvard sweep was far from set in stone earlier in the weekend. In fact, during the first few innings of Saturday’s matchup, the Crimson’s hopes of any sort of victory seemed to be lost. With Brown up 5-0 at the top of the third, the game seemed to be in the Bears’ hands – but that’s when Duncan took the mound. After a pair of rapid-fire strikeouts ended Brown’s hitting streak, RBI line drives by freshman Megan Welsh and junior Isabelle Haugh yanked Harvard out of the gutter. Morgan Melito’s mashing of a meatball-down-the-middle tied the game for the Crimson, and two more runs were added in the bottom of the sixth for emphasis. A flawless late-game performance by Duncan kept the Bears from rounding the bases, resulting in a 7-5 win for Harvard.

Sunday’s wins proved to be much more straightforward for the Crimson. Duncan’s matinee showing of “Shutout: The Sequel” held Brown to a 2-0 loss, and Schiffhauer’s sixth inning home-run in Harvard’s final showdown of the weekend neatly wrapped up the squad’s final, 6-2 victory.

Of course, with the this year’s star-studded leadership, it is not at all difficult to understand why Harvard’s games against Brown went so well for the Crimson. When both captains were asked to name the player they thought had the biggest impact on this weekend’s victories, each pointed to the other as series MVP.

“Katie [Duncan]’s start for us today was huge,” Schiffhauer said. “The big zero on the scoreboard was pivotal for us going into Game Three, especially to have the opportunity to sweep. The same thing with yesterday – I mean she came in when Grace [Krantz] had a tough outing and really picked her up this weekend so that was great for us.”

“I liked Schiff’s homerun,” responded Duncan with a laugh. “I thought it was really great.”

However, Harvard’s softball squad is not done just yet. Though the team certainly exceeded expectations this weekend, Coach Allard admits that there’s still work to be done.

“We got a lot of work to do,” Allard said. “For us, it’s all about getting to our best, so we’re going to identify, we’re going to watch a lot of film, we’re going to figure out what we need to make adjustments to – we’re still not having as many quality at bats as we’d like and we’re still giving some pitches away, so we just need to tighten those things up.”

“We’re going to enjoy these three wins, but then on Monday it’s back to work,” Schiffhauer added. “We’re working toward being the best team we can be, and we know we’re not even close to being there yet.”

A brisk Tuesday crusade against Holy Cross precedes the Crimson’s next Ivy League series against Columbia, but if this weekend’s games provided any indication, neither matchup will be a significant roadblock on Harvard’s journey to the Ivy League title. And with Coach Allard a single victory away from her 300th win, another weekend series at home may be just what the Crimson need.