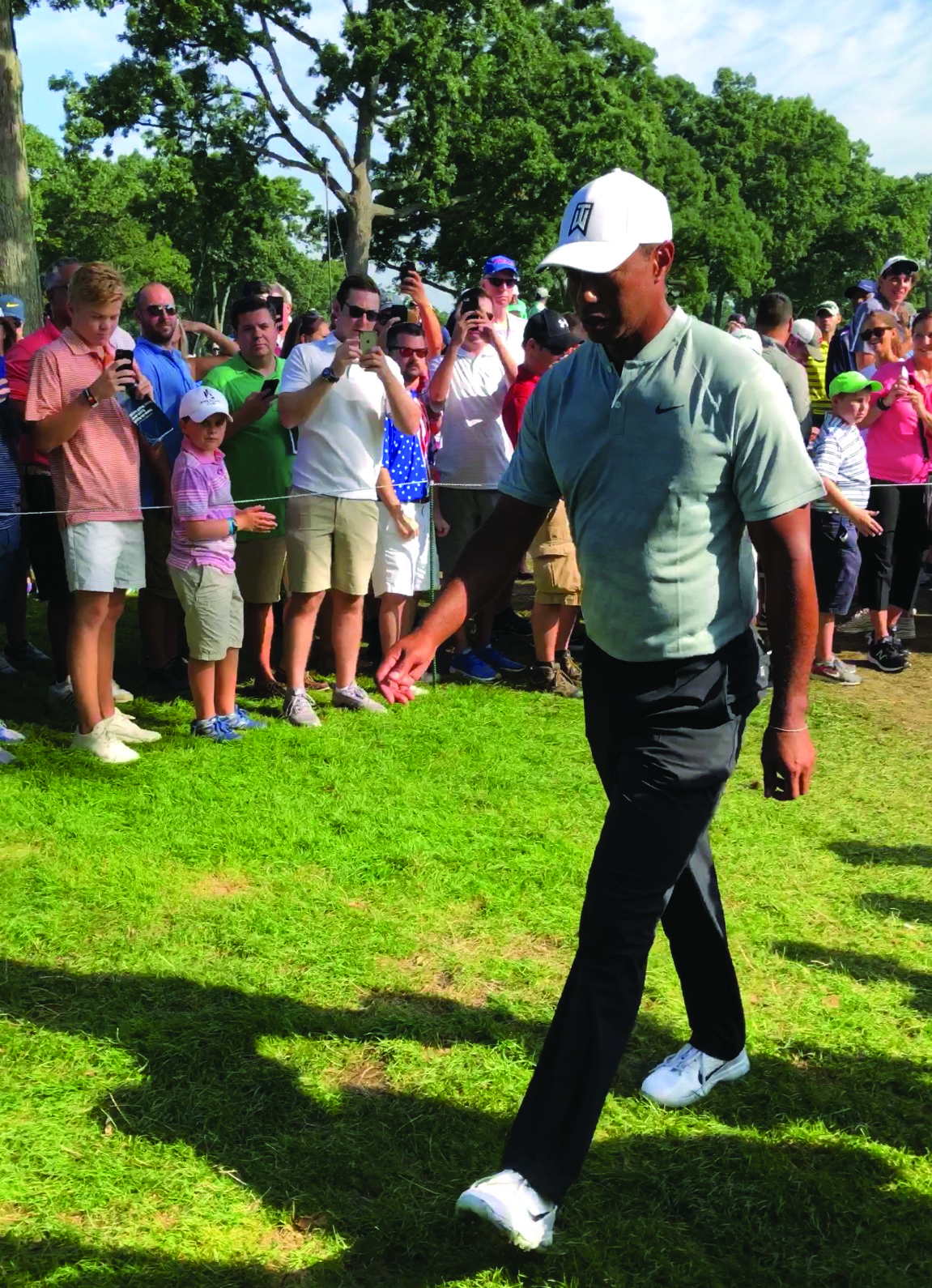 The 2019 Masters Tournament was one that will go down in history. This past weekend the world’s best golfers convened on Augusta, Ga. for arguably the sport’s biggest event.

“When you start hearing the commercials and you hear the music, it’s really that turning point where it’s spring now and the season’s going,” said Harvard golfer and sophomore Ollie Cordeiro. “It’s really great and there are so many historic moments from that tournament, so it’s a pretty big deal for most every golfer.”

What took place was something no one would’ve believed a few years ago. After four entertaining rounds of golf, the sports world erupted when Tiger Woods captured his fifth green jacket and 15th major championship overall. Only Jack Nicklaus, with six Masters and 18 major wins, tops Woods in those two categories.

“I’ve been watching a lot of pro tournaments over the last four years and I have never seen a crazier tournament in that time,” said Cordeiro’s fellow teammate Grant Fairbairn. “There were so many people in contention and in the hunt throughout the entire tournament, and for Tiger to come out on top, that was really special.”

The way it unfolded for Tiger was impressive. It was his first major championship victory without having at least a share of the lead through 54 holes. He began Sunday two shots back of Francesco Molinari, who sat at 13 under par. Six birdies in the final round, including back-to-back birdies on the 15th and 16th holes, propelled Woods to the top of the leaderboard.

“To see what he’s able to do on the course is reminiscent of the way he used to be, in a way that I had never really experienced before,” Cordeiro said. “That’s what made it such a cool moment, to watch what may be the greatest player ever do what he did in his prime, but today in this age.”

That being said, it was Tiger’s journey over the years that made this Masters victory truly special. A combination of personal issues and injuries derailed his career. It appeared he would never again return to good form and reach the pinnacle of the golf world.

However, Tiger slowly crawled his way back, taking on hurdle after hurdle, and experiencing setback after setback. His wait lasted longer than a decade, but eventually it all came together for him. This was Woods’ first major championship since 2008 and first Masters since 2005.

The grit he displayed by staying true to this course is an inspiration for athletes and non-athletes alike. Not many people have what it takes to replicate such a feat in the face of so much adversity.

“It’s super motivating,” Fairbairn said. “Golf is a mental battle in each round in every tournament. Just seeing how Tiger can persevere Fand come back from so many bad things in his life is pretty motivational.”

Woods’ influence on the game over his career has been undeniable. Wherever he’s gone and whatever he’s done, throngs of fans and media members have followed, both figuratively and literally.

That’s why his recent rise back to relevance has been a welcome sight for so many. This translated to Sunday’s final round having the highest metered-market ratings for a morning golf broadcast since at least 1986.

“This is huge for the game of golf, that Tiger won,” Fairbairn said. “It was a super improbable thing that many of us never thought we’d see again. Tiger brings in so many people to the game that wouldn’t really care about golf otherwise.”

Almost 900 miles away in New Haven, Conn., another golf tournament was taking place on the same weekend as the Masters. On Saturday, the Crimson men’s golf team placed fifth at the Yale Opener in a field of 12 teams.

Although the group was focused on its own tournament, thoughts of the Masters undoubtedly crept into the athletes’ minds. For young players, it’s impossible to ignore what’s occurring in the professional ranks, but this can be helpful, not a distraction.

“That gets you in the right mindset of competition,” Cordeiro said. “When you see such great golf it inspires you to try to play to that level. I would say it was beneficial for us to watch and enjoy the Masters in the days before [our tournament]. On Saturday there’s no time to watch but leading up to it I think it’s a good thing.”

This proved to be true for Cordeiro and Fairbairn. The two sophomores both recorded team-best scores of 70 in their second and first rounds, respectively. Fairbairn also notched an impressive 71 in his second round of the day.

Overall, it was an incredible weekend for Tiger Woods and for fans of golf. The whole situation was almost a storybook return to the top that could not have been scripted much better. Tiger’s journey has, and will continue to inspire generations of young golfers who will face challenges in their own respective journeys.