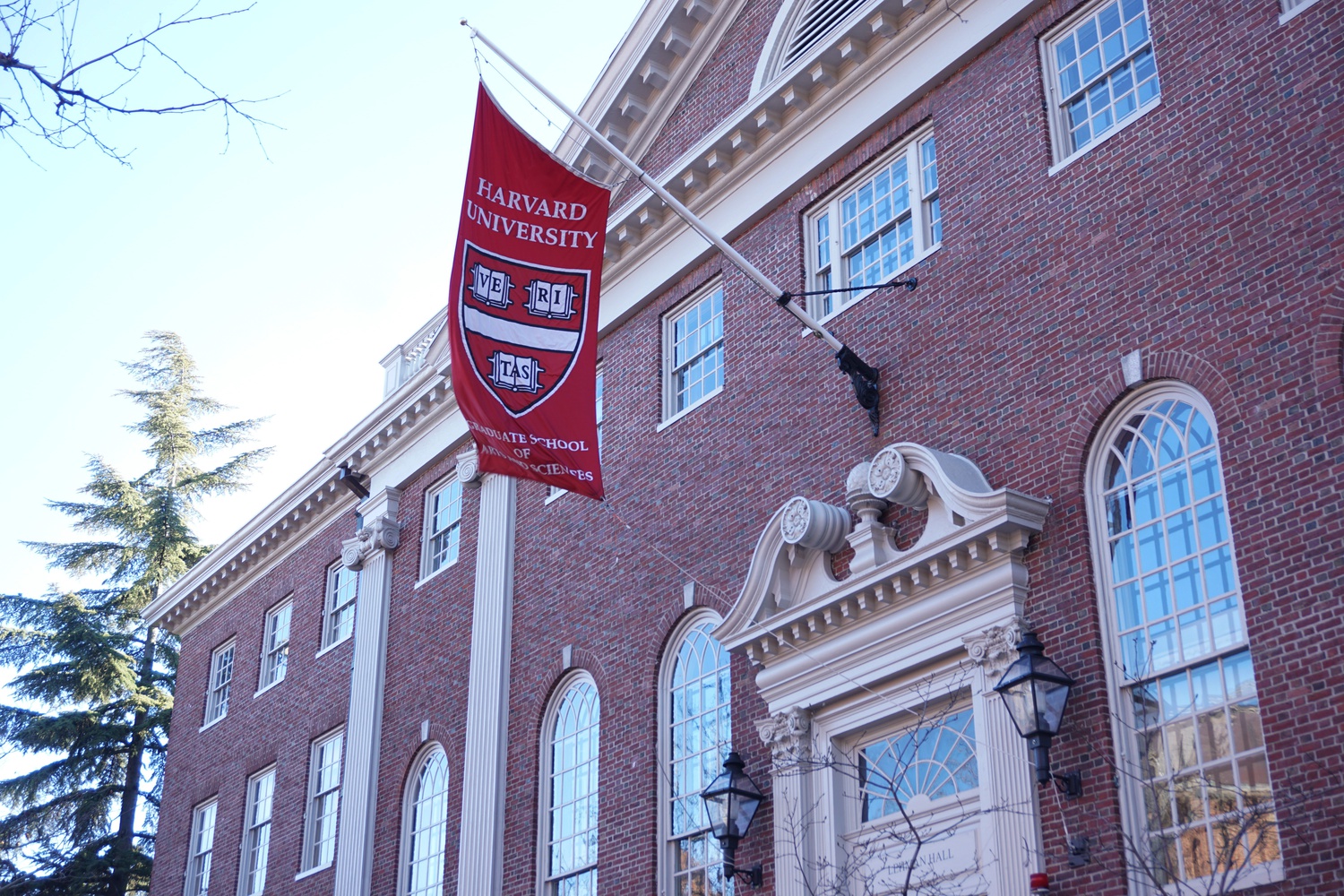 Beginning in July, Lehman Hall will act as the Graduate School of Arts and Sciences’ Student Center. By MyeongSeo Kim
By Shera S. Avi-Yonah and Luke A. Williams, Crimson Staff Writers

Graduate School of Arts and Sciences student and Latinx Student Association finance officer Aaron Benavidez alleged GSAS’s Office of Diversity and Minority Affairs has not given LSA sufficient financial support in an email to more than 100 students and administrators Friday.

In the email, Benavidez wrote that ODMA has refused to fund LSA multiple times, though the office has allocated grants of $11,000 to groups including LGBTQ@GSAS, Harvard Graduate Women in Science and Engineering, and the W.E.B. Du Bois Society — an organziation for underrepresented minorities at GSAS.

Arguing that administrators should give affinity group leaders increased support, Benavidez cited the Dudley Fellows program which funds Fellows — who organize programming in Lehman Hall — with $3,500 stipends. He echoed long-standing arguments made by graduate students that student group leaders who organize diversity-related programming should be funded in a similar manner.

LBGTQ@GSAS member Madeleine F. Jennewein, who was copied on the email, wrote in an email to The Crimson that she believes ODMA has not followed through on promised financial support for student leaders of affinity groups. She also wrote the lack of diversity fellows at Dudley House has negatively impacted student leaders’ ability to host programming.

“While funding is a difficult process for any student group, the fact that minority support groups are providing essential services that Harvard needs (and pats themselves on the back for) puts us in a tricky situation where we are really doing work for the university, but taking it out of our own time and money,” she wrote. “For minority students these groups are more like a lifeline, not just a fun hobby, we need sources of support and encouragement.”

GSAS allocates funding solely to “umbrella organizations” — student groups which represent multiple demographics of marginalized students. Benavidez argued in the email that ODMA is neglecting the “pan-ethnic” definition of Latinx identity by not classifying LSA as an umbrella organization.

In response to Benavidez’s criticisms, GSAS spokesperson Ann Hall wrote in an email that the school “values” its partnerships with student groups and is committed to creating an inclusive community on campus. She cited ODMA staffers’ work in helping student groups write grants, providing professional development opportunities, and attending events.

“GSAS believes that student groups are an important part of the graduate student experience and values the partnerships we maintain with them,” Hall wrote. “The Office of Diversity and Minority Affairs (ODMA) is committed to creating a welcoming and inclusive community among our underrepresented students.”

LSA President Talia Hart wrote in a Sunday email that Benavidez’s message does not represent the group’s official stance.

“The views expressed in Aaron’s email from Friday are not the collective perspectives of the LSA board as a whole and we were not consulted prior to the publication of that email,” Hart wrote.

Benavidez sent his email the same day as the school’s Newly Admitted Students’ Day. In the opening paragraph of the 3,000-word missive, he wrote that as newly admitted students visited GSAS, he wanted to make public the school’s failure to address issues of diversity.

“During the spring break, when reflecting on ODMA's recent actions, I worry that trust is eroding, more generally,” he wrote. “Indeed, this kind of message should be read as a symptom of that very problem.”