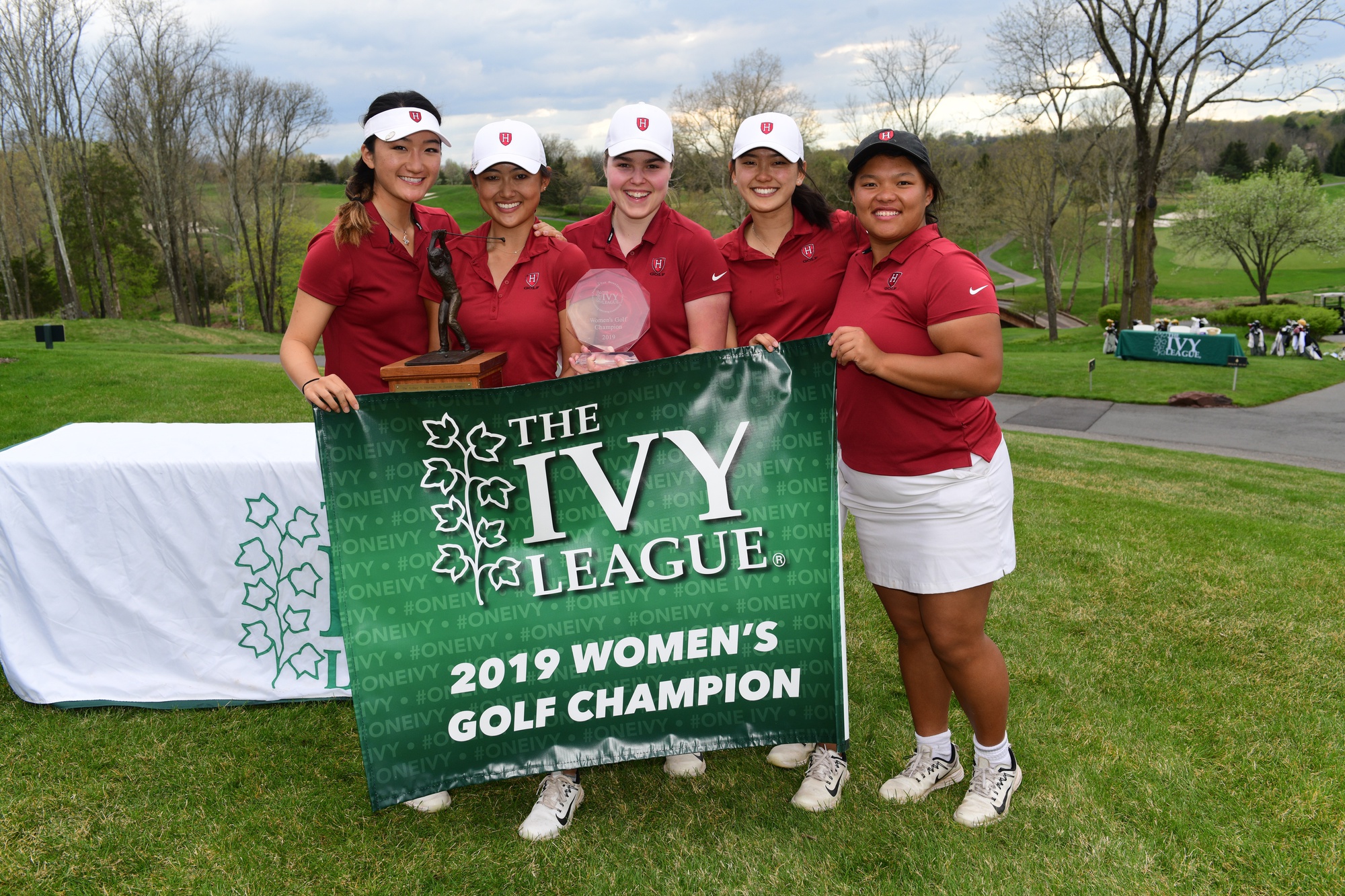 In a busy weekend for Harvard golf, the women’s team continued its recent dominance of the Ivy League. The group captured its sixth Ivy League Championship in the last eight years, bringing the program’s tally to eight titles overall.

This result is not one that would’ve been predicted following the first of three rounds. After shooting a combined score of 309, the Crimson found itself 12 strokes back of Pennsylvania who led the field with a score of 297.

However, the team rebounded quickly, not allowing the sluggish start get the better of it. This is a testament to Harvard’s grit and perseverance as it would’ve been easy to get discouraged. Instead, the group dug down deep and improved its score every round.

A respectable 302 in the second round was completely overshadowed by the scorching-hot score of 290 that the Crimson put up in the final round. This mark was seven strokes better than the next closest single round team score (which was Pennsylvania’s aforementioned first round score).

This effort gave Harvard a total of 901 over the three days, which proved to be enough to lift it over its competitors. Dartmouth was the next closest, coming in second place with 907, while Columbia rounded out the top three with 913.

In the fall, Harvard welcomed three freshmen to its ranks, and all three showed up in the top 10 of the tournament individual leaderboard. Chloe Royston and Anina Ku both used single round scores of 73 to propel them to 7th and 10th respectively.

That being said, it was the final member of this first-year trio that stole the show. Elizabeth Wang was not only the top Harvard performer, but the top golfer in the event overall. The San Marino, Calif. native had nine birdies and 36 pars en route to a three day score of 218. This was highlighted by a tournament-best score of 69 in the third round.

This is not all that surprising, as Wang has been performing at a high level all year. In the fall she led the Crimson with a stroke average of 71.57 over seven rounds of play. Furthermore, she went undefeated in her head to head matchups at the team’s recent match play event.

Wang’s victory marks the second consecutive year that a Harvard golfer has taken the top spot on the individual leaderboard at the Ivy League Championships. Despite falling to Princeton, current senior and captain Michelle Xie was awarded the honor in 2018 after carding rounds of 77, 71, and 72. This year Xie was the fourth Harvard golfer to appear in the top 10. A final round 71 left her with a combined score of 229, which was tied for 10th best at the tournament.

The Harvard men’s golf team did not fare as well as its counterpart, placing sixth at the Ivy League Championships. Only two strokes separated the top three schools, as Princeton narrowly held off Columbia and Yale for the title. Columbia recorded a tournament best score of 283 in the final round which nearly capped off an incredible comeback, but fell just short.

For the Crimson, the result was not what the team had hoped for, but there was certainly a silver lining to the situation. It played very consistent golf and improved its score every round. Also, there was not a whole lot of separation in the standings.

“Usually the Ivy League Championship is not this close between six teams,” junior Rij Patel said. “Columbia was pretty much where we were [heading into the last round] and ended up almost winning, so it was just super close… I thought it was a really good week [for us].”

In terms of individual performances, sophomore Grant Fairbairn and Patel led the way with scores of 220 and 222 respectively. Patel accomplished this with eight birdies and 30 pars while Fairbairn poured in 33 pars and seven birdies.

This event wraps up the team’s spring campaign. Throughout the year, Harvard truly emphasized the process of improving one step at a time. Thus, it is fitting that the group is already looking to use what its learned going forward.

On the other hand, the women’s golf team has yet to conclude its journey. This Ivy League title secures the Crimson a spot in one of four NCAA Regional tournaments, giving it a chance to continue its already successful season.