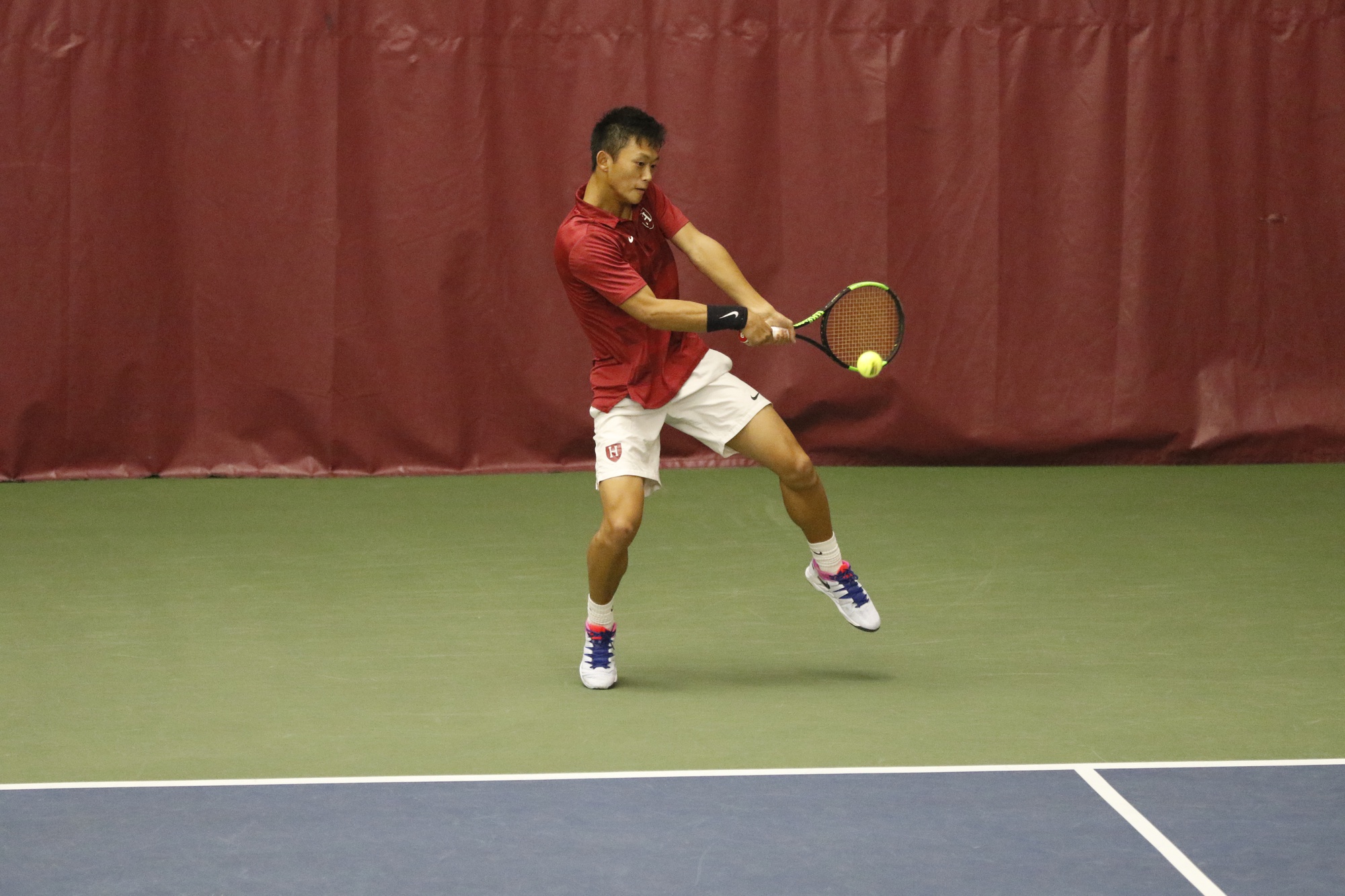 Both the men’s and women’s tennis teams both went 1-1 over the weekend, with both programs picking up wins versus Cornell on Saturday before falling to Columbia on Sunday. While the men’s team remains in the hunt for the Ivy League title, needing a win in its final match in addition to a Columbia loss, the women’s loss to Columbia brought its season to a close.

Senior captain Erica Oosterhout and junior Natasha Gonzalez opened the day with a strong doubles showing, picking up a quick win in a 6-2 victory. The win marked the pair’s team-best eleventh on the season. Sophomore Anna Li and freshman Annika Bassey rounded out doubles play with another 6-2 victory.

Gonzalez added a 6-1, 6-2 victory in singles play, bringing her to 14 singles wins for the season, which ties junior Jenna Friedel for the best on the team. Junior Irene Lu continued her hot streak, adding a 6-1, 7-5 win for her seventh straight singles victory.

Harvard then travelled to New York on Sunday to face No. 44 Columbia (15-4, 4-3) in its final regular season match of its 2018-2019 season. Columbia came out on top, 4-2, after a back and forth affair, which saw the Crimson pick up the doubles point before faltering in singles play.

“I'm really proud of what we accomplished over the weekend and over this season in general,” Oosterhout said. “Even though we didn't get the result we wanted in our Columbia match, everybody played really well, and everybody was fighting out there to the last second, and that's really all you can ask for.”

Oosterhout and Gonzalez added another victory to open doubles play, winning a 7-6(8) nailbiter. Freshman Rachel Lim and Friedel then secured the doubles point with a 7-5 victory. But as the teams moved into singles play, Harvard’s momentum began to fade, and it dropped its first three singles points.

A win from freshman Rachel Eason, along with close matches from Gonzales and Lu kept the Crimson in the match going into the final stretch. Ultimately, Harvard couldn’t pull out the win, ending its hopes of an Ivy League victory with a second-place finish.

“I think the team is in a good spot,” Oosterhout said. “There are only two seniors so most of the team will be coming back and they know the drill and the freshmen have the experience now. So I think things are looking up for next year, as long as everybody stays healthy and works hard, I think it’ll be great.”

No. 38 Harvard (18-6, 5-1) got its final full weekend of Ivy League contests off to a strong start as it defeated Cornell 4-3 in a comeback victory. The win was the Crimson’s eighth in a row.

Freshmen duo Steven Sun and Harris Walker got the first win of the day for Harvard, cruising to a 6-1 victory. Freshman Brian Shi and sophomore Robert Wrzesinski then picked up the doubles point for the Crimson with a 6-4 win in the top doubles spot.

Shi and Walker continued their strong showing on the day, picking up 6-4, 4-6, 6-4 and 6-4, 2-6, 7-5 wins in the third and fourth slots, respectively. Shi’s win completed Harvard’s 4-3 comeback, after it dropped the first three matches in singles play.

“I thought it was a really strong performance from our guys, this past weekend,” co-captain Andy Zhou said. “We had a very good showing against Cornell and were able to come back from a bit of a deficit to win that match. And that put us in a really good position with a lot of positive momentum moving into Sunday's match against Columbia.”

Harvard’s final home match of the season came on Sunday, as they fell 4-1 against No. 16 Columbia (18-6, 5-1). The Crimson picked up the doubles point before falling to the Lions in singles play.

Sun and Walker picked up a 6-1 doubles to get the day started, the pair’s second win of the weekend. Shi and Wrzesinski’s subsequent 6-4 victory captured the doubles point for Harvard.

“I'm glad to see that even though we weren't able to provide the result, objectively, we've been having a strong season as far as results go.” Zhou said. “I'm confident that with our experience, and with that under our belt, we still have a lot of great tennis to play, and the best is still ahead.”