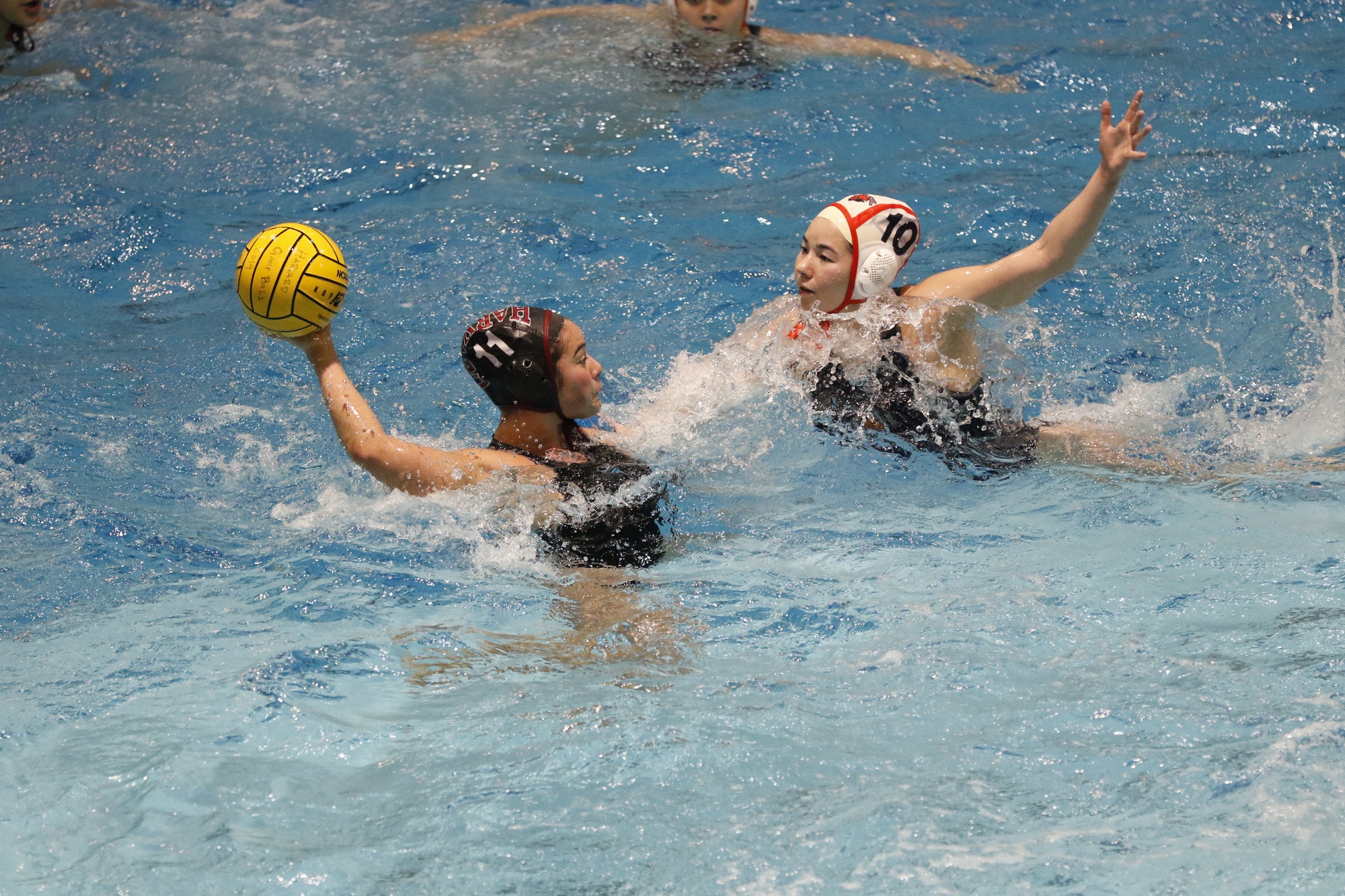 The women's water polo team will return to action for the CWPA playoffs after a two-week hiatus. By Timothy R. O'Meara
By David Manikas, Crimson Staff Writer

Two weeks after concluding its regular season, No. 16 Harvard (20-6, 3-3 CWPA) is set to travel to Providence, RI. for the Collegiate Water Polo Association conference tournament hosted by Brown University.

Holding the fourth seed in the tournament, the Crimson is looking at a matchup with the Bears (19-12, 2-4) on Friday, marking the second time that the teams meet this season. In the season’s first contest, Harvard edged out a victory with a go-ahead goal with 3:03 left in the final period of play. That Cambridge showdown was the first conference game for both teams in the 2019 campaign.

Brown is coming into the tournament hot, having won four of its last five matches, with its only loss coming against No. 15 ranked Princeton, the second seed in this weekend’s tournament. Hoping to work off of their recent success, the Bears are looking to use their home advantage to avenge their previous conference loss to the Crimson.

However, Harvard is coming into the tournament following an excellent regular season. Defeating the likes of No. 19 San Jose State, No. 13 Fresno State, and No. 24 California Baptist, the Crimson has shown its ability to hang with West Coast power schools.

The season began with a historic start for Harvard, as the squad set a program record with a 10-0 start before losing to Princeton in overtime. Contributions from a strong freshman class and experienced upperclassman leadership have proved crucial throughout the season.

“We rely a lot on our freshmen to do a lot for us, so I think it's made them better to have that leadership from the seniors,” said head coach Ted Minnis.

The senior class—consisting of team captain Samantha Acker, defender Haley Bowe, and attacker Kristen Hong—is hoping to extend its final season in the pool for the Crimson with a successful tournament run.

“The biggest thing that we are going to need to focus on this upcoming weekend is to play our game,” said Hong, discussing the approach to the second matchup against Brown. “You do all this leading up to the game. Practice is practice, but when you're there, you just play. So hopefully things fall into place and we remember the little things from practice.”

If the Crimson repeats its first outcome against Brown on Friday, it will head to the semifinals to face top-seeded No. 6 Michigan (21-8, 6-0), a team who scored 17 goals to Harvard’s two in the Crimson’s final regular season contest. The Wolverines are the favorites to win the conference tournament after a perfect regular season conference run.

Riding a seven-game winning streak, Michigan looks to continue its solid stretch, facing the winner of the first contest having a bye in its favor. Of the games that they lost, the Wolverines have dropped most of the matchups to teams ranked in the top-five nationally: No. 1 USC, No. 2 Stanford, No. 3 Cal, and No. 4 UCLA. During the rest of the season, Michigan has put on dominating performances against their opponents, making a clear case for their seeding in the CWPA conference championship and their No. 6 national ranking.

Although the Wolverines look to make their fourth straight NCAA tournament appearance by winning the conference championship, the CWPA’s unpredictability may lead to a potential upset this year.

“I believe there's six or seven teams in our conference that have a shot of beating anybody any given day,” said Coach Minnis, reflecting on the strength of the CWPA’s teams.

Looking to be that team, the Crimson will need to stick to the style of play that has brought them 20 wins.

“It’s super easy to get bogged down trying to figure out what the other team is doing and adjust too much when sometimes you just have to figure out what you're doing, put your head down and get it done” said Hong, noting the importance of remaining consistent with what works in the face of elimination.