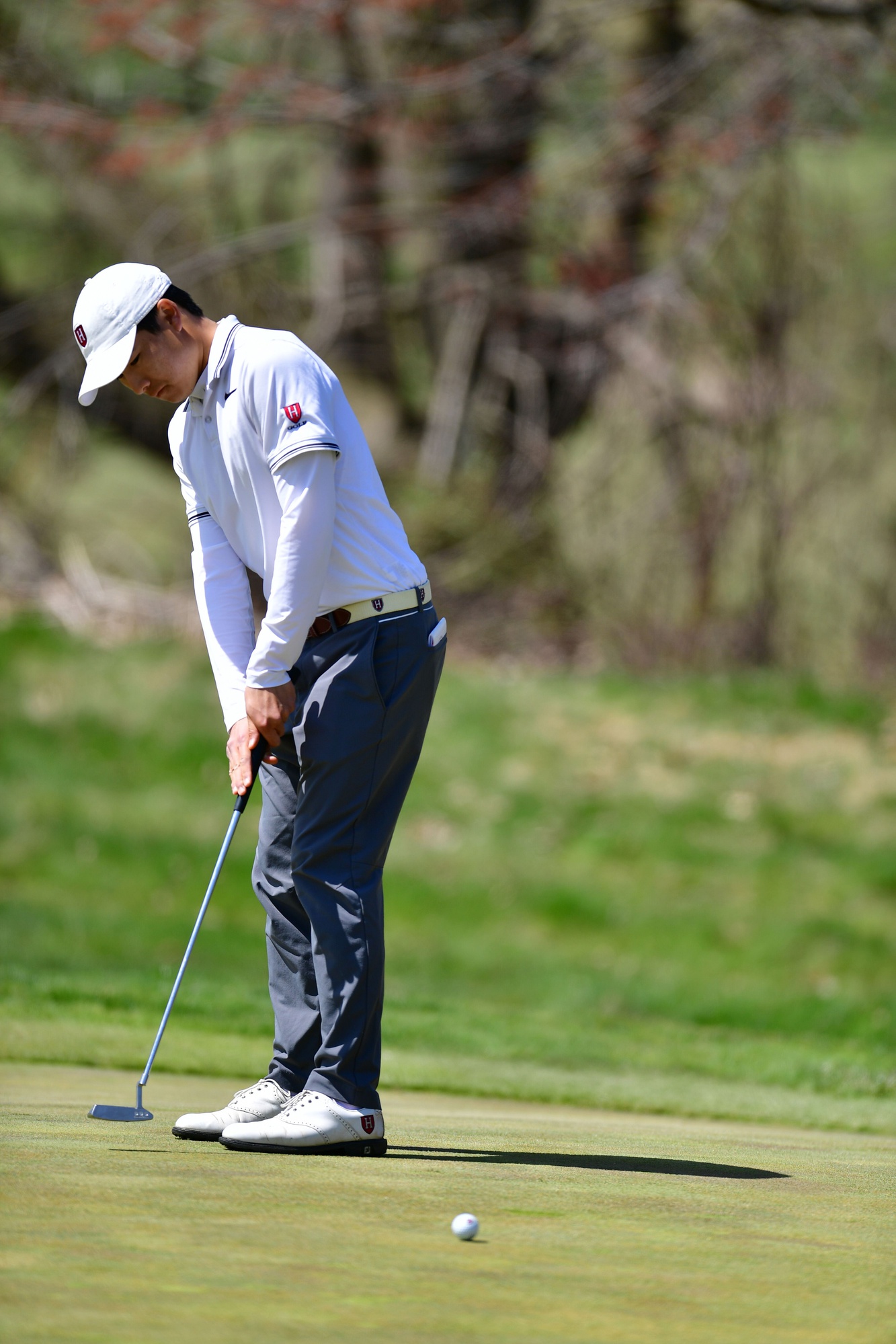 On the men's side, Harvard golf has one final attempt to hone its game before Ivy League Championships begin. The women, on the other hand, embark on the conference playoffs in their next match in two weeks. By Courtesy of Harvard Athletic Communications
By Kostas Tingos, Crimson Staff Writer

This past weekend was an eventful one for Harvard golf. The men’s and women’s teams both traveled to Princeton, N.J. for the Princeton Invitational and Matchplay Madness events, respectively.

The men competed in their traditional stroke play style, placing ninth out of the 13 teams with a combined score of 864. On the other hand, Yale rode a scorching-hot second-round score of 270 to victory as they finished with a total of 829. This mark was a whopping 14 strokes better than second-place Pennsylvania.

Thus, it is no surprise that three out of the top six golfers on the individual leaderboard were Bulldogs. A pair of sophomores, Paul Stankey and Teddy Zinsner, took first and second with scores of 202 and 204 over three rounds of play.

Stankey in particular played some impressive golf. He led all athletes with 17 birdies, and he did most of his damage on par-fours, where he was eight-under-par for the weekend. This play resulted in a tournament-best score of 64 in his second round.

The top Crimson golfer was freshman Brian Isztwan. He finished even for the invitational which translated to an individual finish of 16th. Isztwan notched his best score of 68 in the first round and piled in 10 birdies along with 35 pars in total.

“I think we’ve all been doing the right things and I’ve found some stuff over the winter that’s been super successful for me,” Isztwan said. “I think we’re all making strides in the right direction, and I like what I’m seeing from everyone on the team. I think we’re in a really good place right now.”

This is the freshman’s second consecutive strong showing. In the spring season opener at the Michigan Desert Mountain Tournament, Isztwan recorded the second-best Harvard score with 30 pars and eight birdies.

Junior Ryan Rhee was next in line for the Crimson, finishing at four-over-par (217) for the weekend. Placing in the top 40 individually were sophomore Peter George and junior Rij Patel with scores of 219.

This experience was quite different than that of the Harvard women. The team was able to compete in a special matchplay format, which involved scoring based on head-to-head matchups against opponents from another team.

“That’s not an opportunity that we’re given often,” senior Anna Zhou said. “Our tournaments are typically stroke play so it was a fun event for everyone to play in. Also, given that it’s the event right before Ivies, we were able to assess where we stand as a team and see what we needed to work on.”

This different style of competition was a refreshing change of pace for the team, and for Zhou specifically. She won her last two matchups, against Princeton and Pennsylvania, to go 2-1 on the weekend.

“I think matchplay has always been something I do fairly well in because it helps me stay present and focus on one hole at a time,” Zhou said. “I think that the match play format has always been compatible with me as a player. I think overall my game’s in a pretty good spot right now.”

Freshman Elizabeth Wang was the only Crimson golfer to top Zhou’s mark. She swept her three matchups to become one of only four golfers at the event to go unbeaten. Like Isztwan on the men’s side, Wang’s strong performance is a continuation from her first spring tournament. There, she snagged fifth on the individual leaderboard to lead Harvard to second place.

That being said, it was quite a balanced effort for the Crimson. All seven golfers won at least one matchup, and five of them finished .500 or better. This culminated in a third-place finish at the event. Harvard had split results on the first day, beating Brown but then falling to the Tigers. The squad managed to finish strong on the second day, making quick work of the Quakers.

“Compared to how our fall went, we are really much improved and super excited,” Isztwan said. “It’s a lot of work that goes into it but I think we’re seeing the right stuff… [We have to just] keep doing what we’re doing, controlling the controllables and doing the right stuff."