Wang’s 72.92 stroke average through 13 rounds of golf led the way for Harvard. She also was the only one in the group to card two scores in the 60’s.
By Kostas Tingos 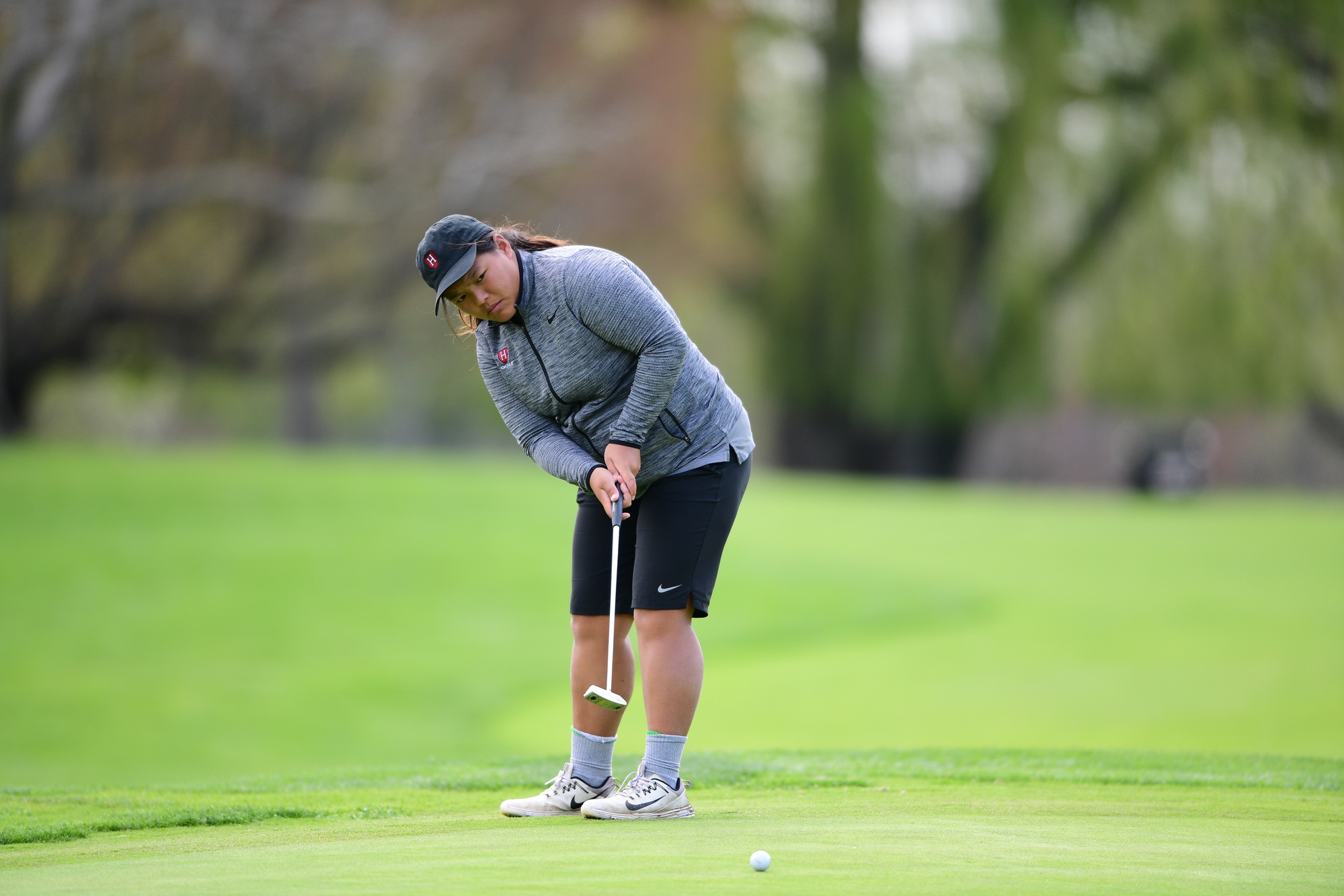 In just her first season, Wang was named the Ivy League Individual Champion By Courtesy of David Dermer/Harvard Athletics

Only a small number of collegiate golfers get the chance to win their conference championship over their four-year career. Even fewer of them are crowned individual champions of that conference. However, this year Harvard golfer Elizabeth Wang accomplished both of those feats…as a freshman.

Even before Wang arrived on campus, the coaching staff was excited to have her. The San Marino, Calif. native had undeniable talent, but there was certainly more to who she was than just her golf game.

“We knew she was a super standout player. But we also knew what kind of person she was, both from hearing from other people and eventually, when we were allowed to meet with her, getting to know her [personally],” said Crimson head coach Kevin Rhoads. “She’s a special person. She’s a standout person in addition to a standout player.”

Wang’s mindset and attitude are what set her apart. Not only is she a positive and supportive person, but her fierce desire to improve was immediately noticed by her coaches and teammates.

“As you know talent by itself doesn’t do all that much. If you get talent mixed with a burning desire to keep on trying to get better all the time, [that’s special],” Rhoads said. “She’s put in more extra work outside of practice than about anyone we’ve ever had. When that comes from one of the most talented players with that huge work ethic, obviously good things are going to happen.”

Good things certainly did happen. Wang’s 72.92 stroke average through 13 rounds of golf led the way for Harvard. She also was the only one in the group to card two scores in the 60’s.

This translated to strong, consistent play almost every time she hit the links. One memorable performance was the Matchplay Madness event hosted in Princeton, N.J. In this tournament the athletes competed in head-to-head matchups against individuals from other schools. Wang momentarily swapped her clubs for a broom, sweeping all three of her matchups to go unbeaten for the weekend.

Her strongest performance undoubtedly came at the Ivy League Championship. The Crimson got off to a sluggish start as a team, well back of the lead. However, the group would soon shake this off and begin an impressive comeback.

It all culminated in a scorching hot final round score of 290 for Harvard. This was enough to give the Crimson its eighth Ivy League title in program history. Wang immediately pointed to this as a highlight of her season.

“When we won Ivies [was probably my favorite moment of the year],” Wang said. “Mainly because we were coming from behind on the last day and we all shot really well and were able to pull it through. It was really great to be able to celebrate with the whole team. We actually placed on top after that day and it was a great feeling to see our team do well and celebrate all of our accomplishments.”

Every team member shot well, but Wang’s final round score of 69 was tops for the squad and for the tournament as a whole. This was also enough to catapult her to the top of the individual leaderboard, making her the Ivy League Individual Champion.

“She did it when we needed her to do it and when she really wanted to do it, and not everyone can do that,” Rhoads said. “That’s really special and I think that’s pretty emblematic of who she is and what she does.”

According to Wang, her talent and work ethic are not the only factors that have contributed to her breakout year. Despite golf being very much an individual sport, there is a big emphasis on the team has a whole in college, especially at Harvard. This community has been incredible for Wang in her first year.

“I think that the support group with the team that I had [was key],” Wang said. “They were amazing, they were very supportive, and it was really nice to be able to work with them, and to do the best we all can.”

It must be scary for the rest of the Ivy League to think that Wang might still not be at her best. She will have three more years to replicate and even surpass the feats from her freshman year.