While I will probably forget the final score of that game in 10 years, I will never forget the way my teammates made me feel.
By Robbie Feinberg 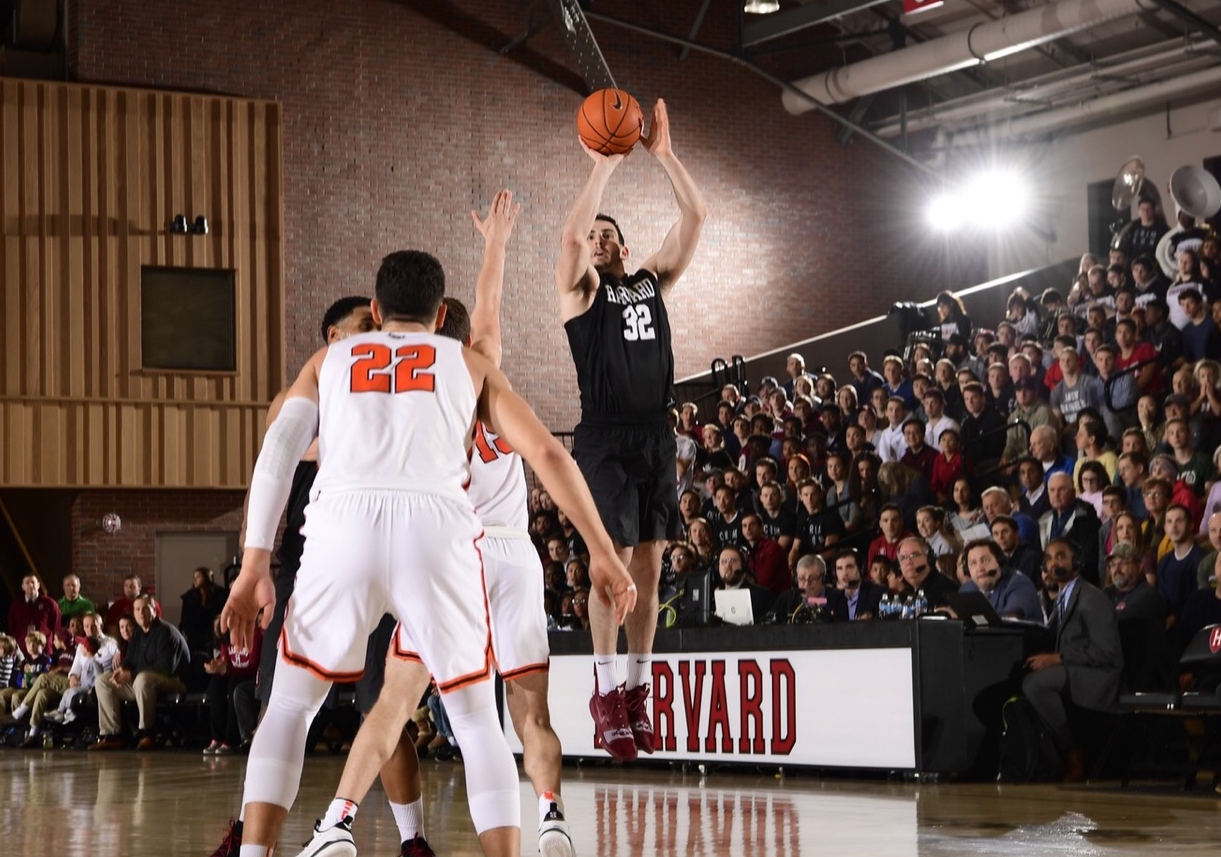 My story as a Harvard basketball player begins way before I ever stepped foot on campus, took an SAT, or played in a high school basketball game. During my first week of high school, I wrote a letter to my future self, describing my goals for the next four years. While some of my aspirations were broad, my top goal was very specific: I dreamed of playing basketball at Harvard. In my eyes, the combination of academic and athletic excellence was truly unparalleled.

By the time my senior year came around, I had many big decisions to make, but perhaps none greater than if I was going to attend a college that was recruiting me for basketball, or if I was going to try and earn admission into Harvard as a regular student. The day before Thanksgiving, I received my first official offer to play collegiate basketball, and was given one week to make my decision. Nearly everyone in my life told me to accept the offer right away, and when I told them that I wanted to wait two weeks to hear back from Harvard, they said I was crazy. Why would I pass up the opportunity to go to a solid school where I would likely get playing time right away, just to roll the dice on an extremely selective school that was not recruiting me for athletics? The answer was simple: I believed in myself, and there was no way I was going to give up on my dream because of other people’s lack of faith in me.

I stuck with my gut, and let the offer expire. Thank god that I did.

Coach Amaker had seen me play the prior summer, and when I alerted him that I had been admitted, he told me that I could join the team as a preferred walk-on. While I was absolutely elated at the news, little did I know that my experience on the team would completely surpass my expectations.

When I showed up to campus the next fall, it did not take me long to realize that Harvard Basketball is much more than just basketball. It is a non-stop developmental experience, both on and off the court. Coach Amaker teaches us just as much about becoming responsible, well-rounded young men as he teaches us about the game of basketball. He consistently lectures us about the necessity of putting academics ahead of basketball and the importance of not just doing well in the world, but also doing good in the world. Additionally, the experiences he has organized for us are truly unbelievable. In just the last year, our team has met with President Jimmy Carter and Coach Mike Krzyzewski, visited the Twitter headquarters, and toured the Martin Luther King Jr. Memorial in D.C., among several other unique experiences.

However, neither these lessons nor these experiences are the most special part about the Harvard Basketball program.

In this world, it’s very easy to just join a team. You can play for a team in a recreation league, you can work as part of a team on a group project, etc. However, it’s very rare that you get to join a family, and that is what Harvard Basketball is. Everyone in the program is genuinely invested in each other’s goals, happiness, and success on and off the court.

As a bench player for the majority of my career, most of my time and energy was spent supporting my teammates. My role was to be our bench captain during games and to bring my natural competitiveness to practice every day to push the starters to be the best they could be. One week during my junior year, my bench lineup, known as “scout team”, was playing particularly well against the starters in practice. The day before our game against Boston University, we played so well that coach Amaker actually decided to start the five of us on scout team the next day, replacing the normal starters. Instead of the starters being selfish and resenting us for taking their starting spots for the next game, they were our biggest fans. Each one of them came up to me separately and shared how excited they were for me and that they were so happy that my efforts in practice were finally being recognized. It was at that moment that I realized that Harvard Basketball was something truly unique.

The next day, I scored my first career points, and when I glanced over at the bench, there stood all of the players that I had spent the majority of my career cheering for…jumping up and down, cheering for me. While I will probably forget the final score of that game in 10 years, I will never forget the way my teammates made me feel. As I now walk away from my time as a Harvard Basketball player, I can say with confidence that I would not trade my experience for the world. I have made memories and friendships that will last forever, and I am honored to be a part of such a special brotherhood.