Squash Supreme: Both Men and Women are Teams of the Year

Not only did both squash teams meet those expectations, but they smashed them, as both went undefeated and cruised to national championships.
By Lev Cohen 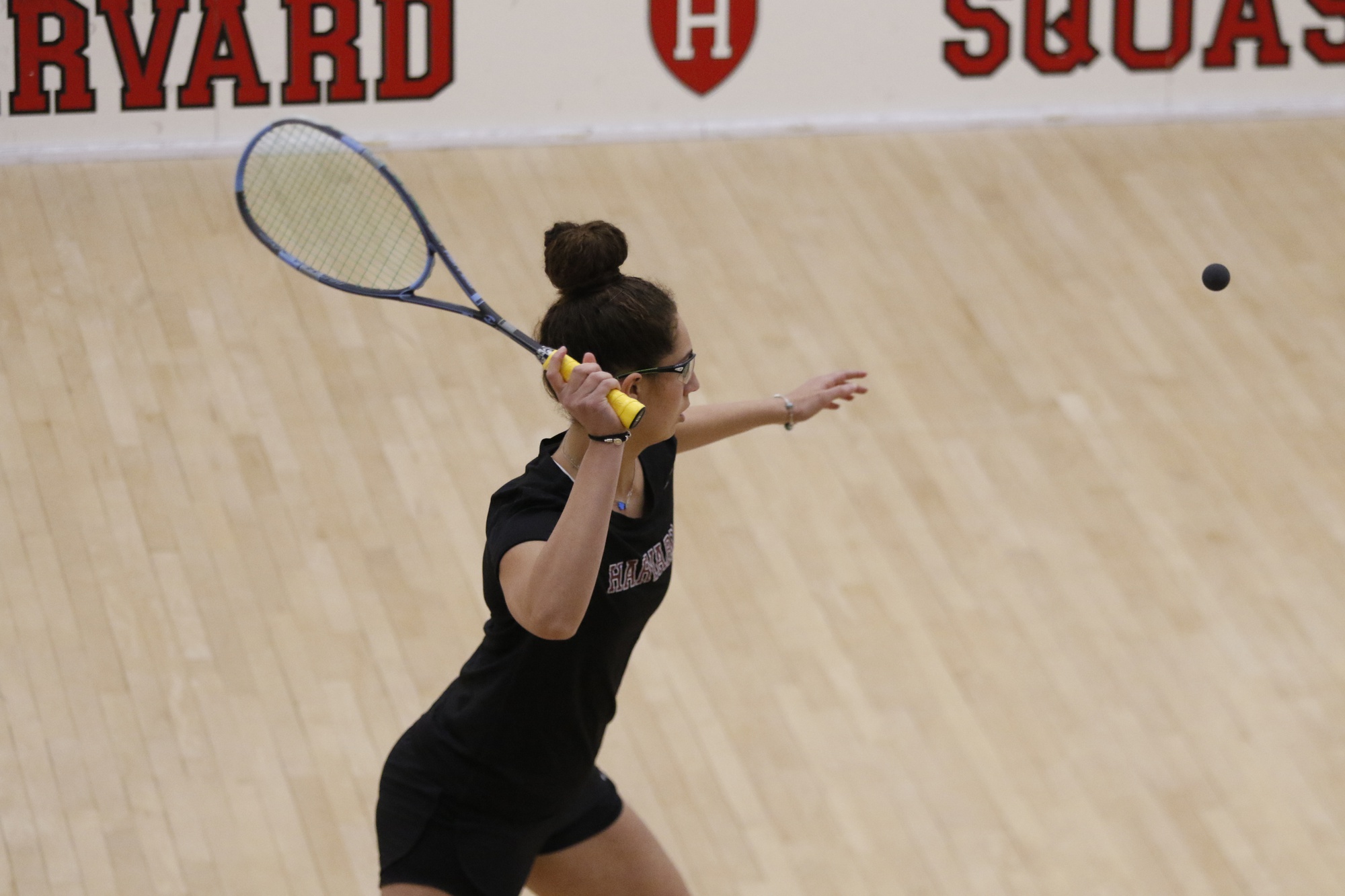 Utter dominance is nothing new for Harvard squash. Coming into this year, the women’s team had captured four consecutive national championships and had not lost a match since January, 2015. And while the men were championship-less since 2013-14, they had finished second in the country to Trinity in back-to-back years. Clearly, expectations were sky-high coming into the year.

Not only did both squash teams meet those expectations, but they smashed them, as both went undefeated and cruised to national championships. Somehow, the women bested their 15-0 season from a year ago by finishing the season without relinquishing a single team point. The Crimson tore through its opposition, tallying 13 consecutive 9-0 victories en route to the 20th Howe Cup in program history and the seventh in head coach Mike Way’s nine-year Harvard tenure.

“The motivation definitely comes from each each other,” co-captain Sophie Mehta said. “Even though squash is an individual sport, when you’re playing for a team, you always want to give one hundred percent and try your best because you know your teammates are doing the same. So much work goes into winning a national title and it was great to bring both the men's and women's titles home this year.”

The championship game, which locked up a sweep for Way, who coaches both the men’s and women’s teams, came at Trinity against the Bantams and ended fittingly. All but two of the nine individual games ended 3-0 as the Crimson cruised past Trinity.

“I think we set ourselves apart by being more physically and mentally prepared for each match,” Mehta said. “Winning every individual game was something that we tried not to think about, especially towards the end of the season. We tried to focus on what we could control.”

Harvard was undoubtedly helped by the experience it touted at the top of its lineup. The team’s regular top-four was comprised of co-captain Sabrina Sobhy, juniors Gina Kennedy and Amelia Henley, and senior Kayley Leonard, all of whom had years of success at the college level under their belts. Remarkably, the senior class of Sobhy, Leonard, and Mehta did not lose a single match in their Crimson careers.

The women’s team was also bolstered by its first-ever Egyptian players, freshmen Amina Yousry and Hana Moataz, who generally held places in the middle of the order and, like the rest of the team, went undefeated on the season. After years of the Harvard men’s team relying upon Egyptian players — including Ali Farag ‘14, who won the world championship in Chicago earlier this year and is currently the world number one — it seems as if the women, too, are beginning to recruit from the squash-rich northeast African nation, something that will only help them tighten their grip on the Howe Cup moving forward.

For the men, a national title was no foregone conclusion heading into the season. 13-2 and 13-3 seasons in 2017 and 2018 had ended in crushing defeats to Trinity, which was responsible for handing the Crimson four of its five defeats over the last two seasons. This time, though, there was no stopping Harvard. While the men didn’t quite match the women’s 117-0 season sweep, the Crimson went undefeated as a team and won all but three of its 16 matches by margins of at least 8-1.

“We started the year really well,” junior co-captain Timothy Brownell said. “We really paid attention to detail starting late August all the way through the season, and that really paid dividends in the end when the competition really got tough.”

Most impressive was the way the men ended their season. Clearly tired of championship defeats to Trinity, Harvard left no doubt, sweeping the overmatched Bantams 9-0 in New Haven en route to its 26th Potter Cup.

“We had some things to prove,” Brownell said. “Trinity’s obviously a really strong team and they got the best of us the last two years, and I think this season was about answering some questions that we had of ourselves and I think that we showed that we are capable of some really good things. I think we did put an exclamation point on it. It was an amazing feeling.”

Of the Crimson’s nine regular competitors, just one, Alexi Gosset, was a senior. Unlike the women, whose top players had substantial experience at the college level, the men’s regular No. 1 and No. 2 — Victor Crouin and Marwan Tarek — were freshmen. According to Brownell, the team’s three freshmen — Crouin, Tarek, and George Crowne — instantly helped change the program.

“[The freshmen] all really trained hard starting at the beginning of the year and they pushed the older guys to step up to a different level to keep up with them,” Brownell said. “They weren’t scared to start the year and it was really refreshing to see the young guys leading the charge. Not just with the level of squash they played at but with the way they carried themselves day in and day out at practice. It made everyone buy in.”

The season also ended in triumph at the individual level. In addition to Farag, who continues to dominate in his post-Crimson career, Crouin and Kennedy ensured in Providence over the first weekend in March that the college individual titles would belong to Harvard players, too. Crouin did not drop a game in his four victories, and none of them were particularly close, either; his closest games all came in the final, which ended in an 11-6, 11-6, 11-7 victory over St. Lawrence’s Mohamed El Gawarhy.

Kennedy, meanwhile, won her second national individual championship in Providence after finishing as the runner-up last year, making it further clear that in 2019 the Crimson would not be denied first place in any team or individual competition.

“I think the culture of everyone buying in and wanting to get better is unique,” Brownell said. “I can’t speak for other programs, but I just know that in the past, on teams that I’ve been on, people just go through the motions and they’re there when they have to be there, and here there’s a common thread of a love for the game of squash. People come down and they really love to play, which is cool to be a part of.”