While the accomplishment is truly remarkable, Tertsch’s initial reaction was rather neutral, considering her performance.
By Ben Morris 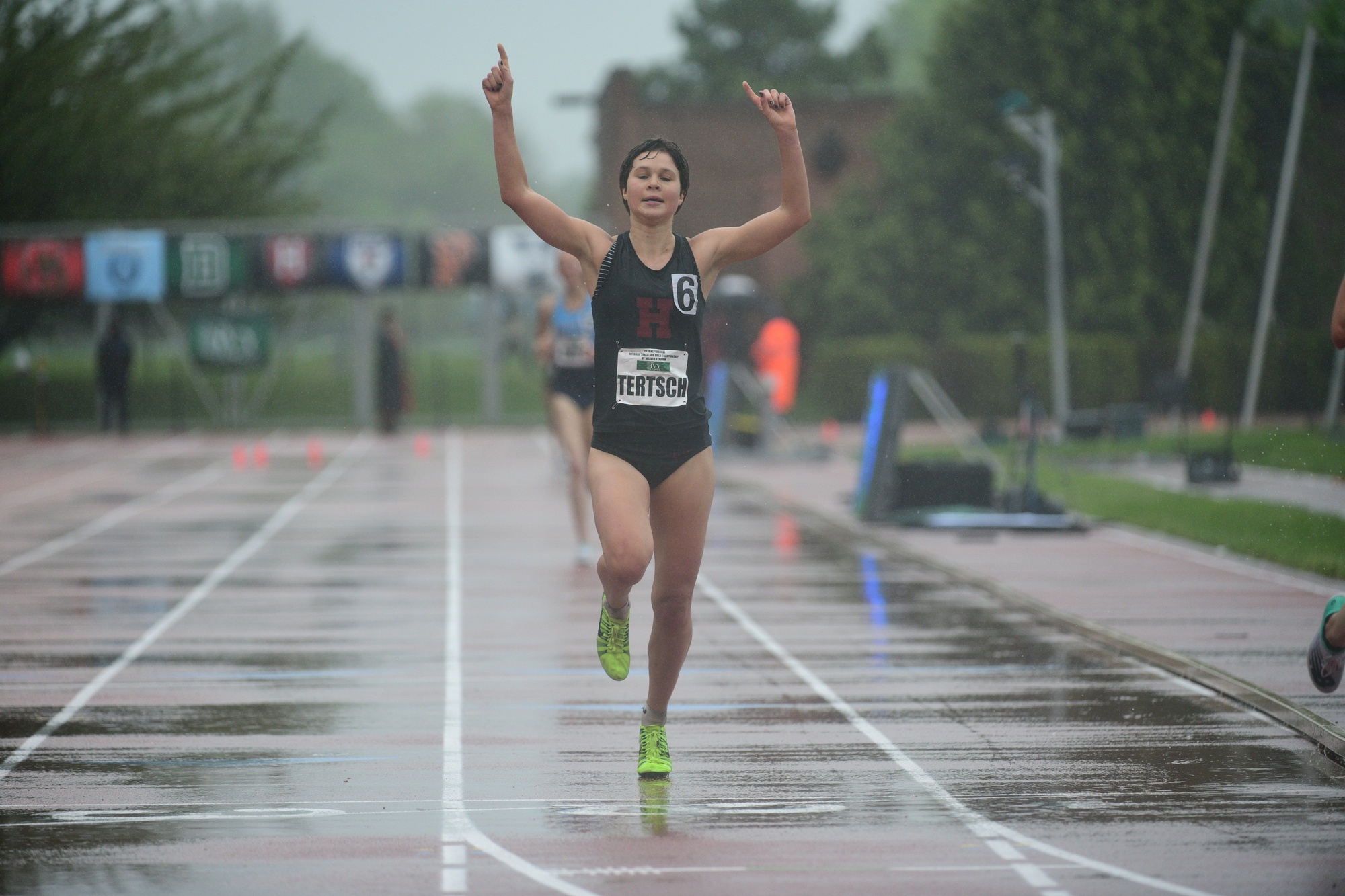 Tertsch will compete in the U23 European Championships in July. By Courtesy of Sideline Photos/The Ivy League

Heading into the event, Lisa Tertsch was not expecting to break the collegiate student-athlete record for the 5000m race.

“I did not plan this to be a big race. It was supposed to be a rustbuster for Outdoor Heps 10 days later because I did not race since Indoor Heps.”

Coming off of a decorated cross-country season in the fall, Tertsch, a junior distance runner from Germany, ran a 16:03.15 for the 5000m race at the Penn Relays in Philadelphia on April 25. Just two months earlier, she ran a 16:18.58 to claim first place at the Ivy Indoor Heps meet. After missing her sophomore year, Tertsch was determined to come out this year and make great strides in her overall progress.

On Thursday, the opening day of competition, the junior stepped onto the Franklin Field track, ready to make a statement – more to herself rather than to spectators – about her capabilities as a runner.

As the race began, Tertsch flew out of the gates, but made sure to pace herself and not use all of her energy in the beginning of the 5000m. When asked about what was going through her head during the roughly 16 minute campaign, the Darmstadt native said, “Not that much. When I am racing, I am always very focused on the present; the less I think and trust my instincts, the better the race usually goes. I mainly focused just on staying relaxed and near the front, and just race and listen to my coach.”

As the race entered its final stretch, Tertsch was neck-and-neck with one other participant, Katrina Spratford, a 28-year-old runner out of NE distance. Although Tertsch finished second in the race, she finished first overall among college students, not only setting the collegiate student-athlete record, but also shattering the previous Crimson record of 16:11.05.

While the accomplishment is truly remarkable, Tertsch’s initial reaction was rather neutral, considering her performance. “I actually did not care that much about the time right after the race. I thought something along the lines of, ‘Good, I am progressing, another step forward.’ I did not know that it was a school record until my teammates told me about it later,” said Tertsch.

Her time not only set multiple records, but it also unlocked a new opportunity for the young runner.

“The time also qualifies me for U23 European Championships in July, which I found out the next day and made me really happy and excited,” Tertsch said.

After the Penn Relays, Tertsch continued to build on her momentum with a strong showing at the Ivy Outdoor Heps meet less than two weeks later. There, she raced the 5000m and 10,000m races–finishing first in both with times of 16:13.95 and 35:05.32 respectively.

Tertsch had an incredible outdoor season overall and looks to continue building on her performances this summer, in the U23 European Championships, as well as next season for Harvard.

When asked about her goals for the upcoming year, the new 5000m record holder said, “I really enjoy training right now and I want it to stay that way. I think the key to my performance at Penn Relays was staying healthy and training consistently over a long period of time. I don't think I have done anything special in training other than putting in the work every single day and I want to keep doing that and just see where that puts me next year.”

Tertsch has been running phenomenally and it is exciting to think about what is to come.