No. 9 Men’s Water Polo Has Big Weekend at Princeton Invite

Harvard came into the weekend riding high from a strong showing at the Bruno Classic in Providence, R.I., on September 8.

Captain Charlie Owens and junior Jackson Enright paced the Crimson in the first match with three goals each, and sophomore Alex Tsotadze had two goals and four assists.

Harvard’s defense held strong in the close victory, and sophomore goalie Noah Hodge, who was named NWPC Defensive Player of the Week last week, recorded an assist to go along with ten saves against the Tritons. 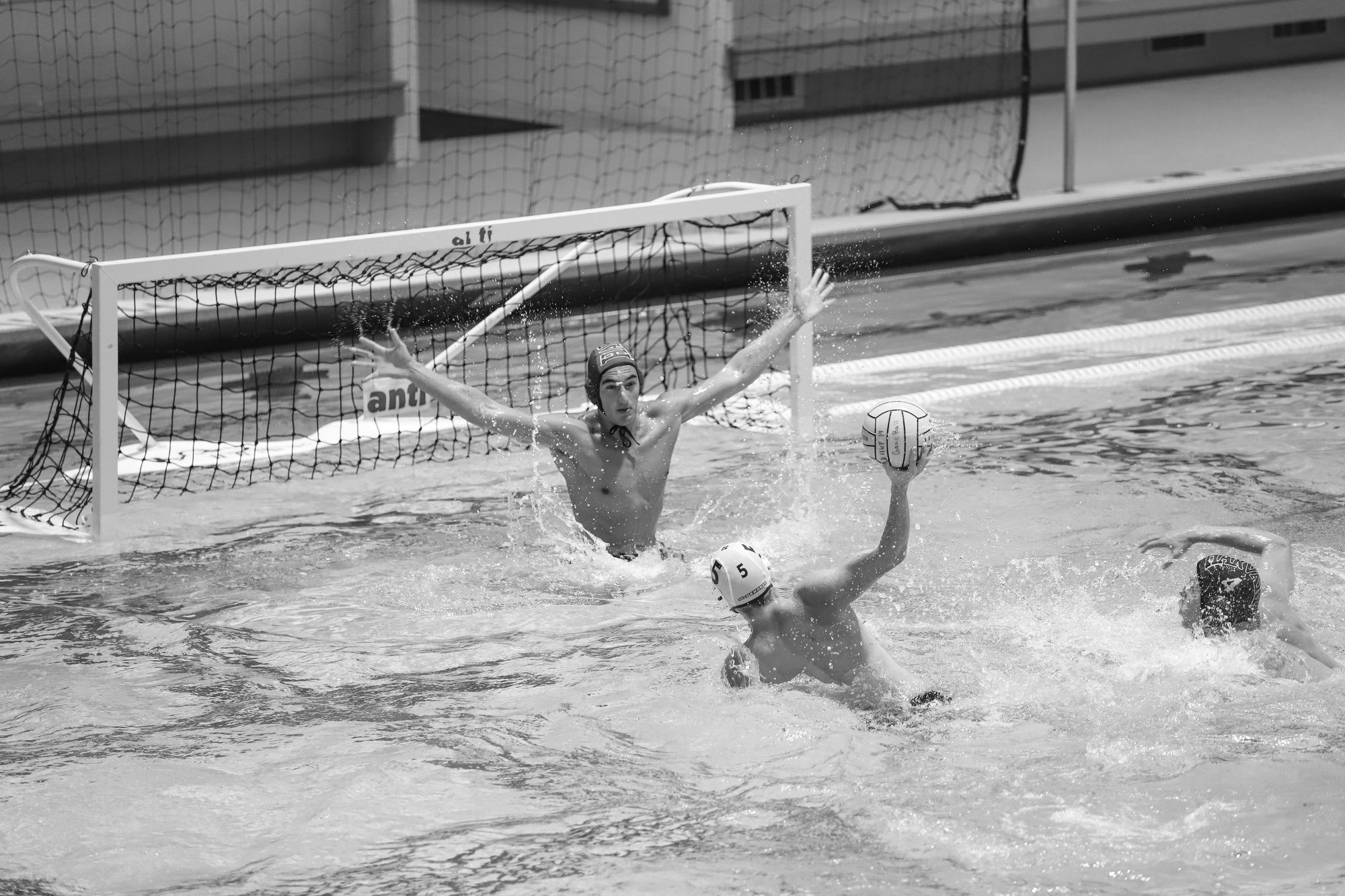 Sophomore goalie Noah Hodge defends a shot from close range. Harvard’s defense held strong in the close victory against UC San Diego, and Hodge, who was named NWPC Defensive Player of the Week last week, recorded an assist to go along with ten saves against the Tritons. By Timothy R. O'Meara

“Overall, I thought we had a pretty good weekend, said Hodge. “We played well as a cohesive unit and are very excited to get back to training this week for more big games next weekend.”

He was happy to have received recognition for his success in the season so far.

“I’m honored and excited to be named Defensive Player of the Week for the first week of play,” he said. “I hope to continue my high level of play throughout the season.”

The second contest of the weekend took place at eight o’clock in the morning, but the Crimson attack appeared unfazed by the early start time. Junior Dennis Blyashov and Tsotadze both tallied four goals, and Sonsini again poured in a pair while Hodge had eight saves and two assists.

The score was knotted at six at the end of the first half, but Harvard pulled away from the Midshipmen in the second half as senior Bennie Seybold kicked off the scoring. He had two goals in the match.

In the third game, Enright led the team with three goals, his second hat-trick on the weekend. Owens and fellow captain Austin Sechrest scored two goals apiece, and Blyashov took care of two penalties (drawn by Seybold) to help the squad on the way to double digits.

Hodge was solid once again, holding the Rams to just eight goals as he racked up fourteen saves and two assists to push his total at the Princeton Invite to 32 saves.

Blyashov was the team’s offensive leader on Sunday, with six goals overall. 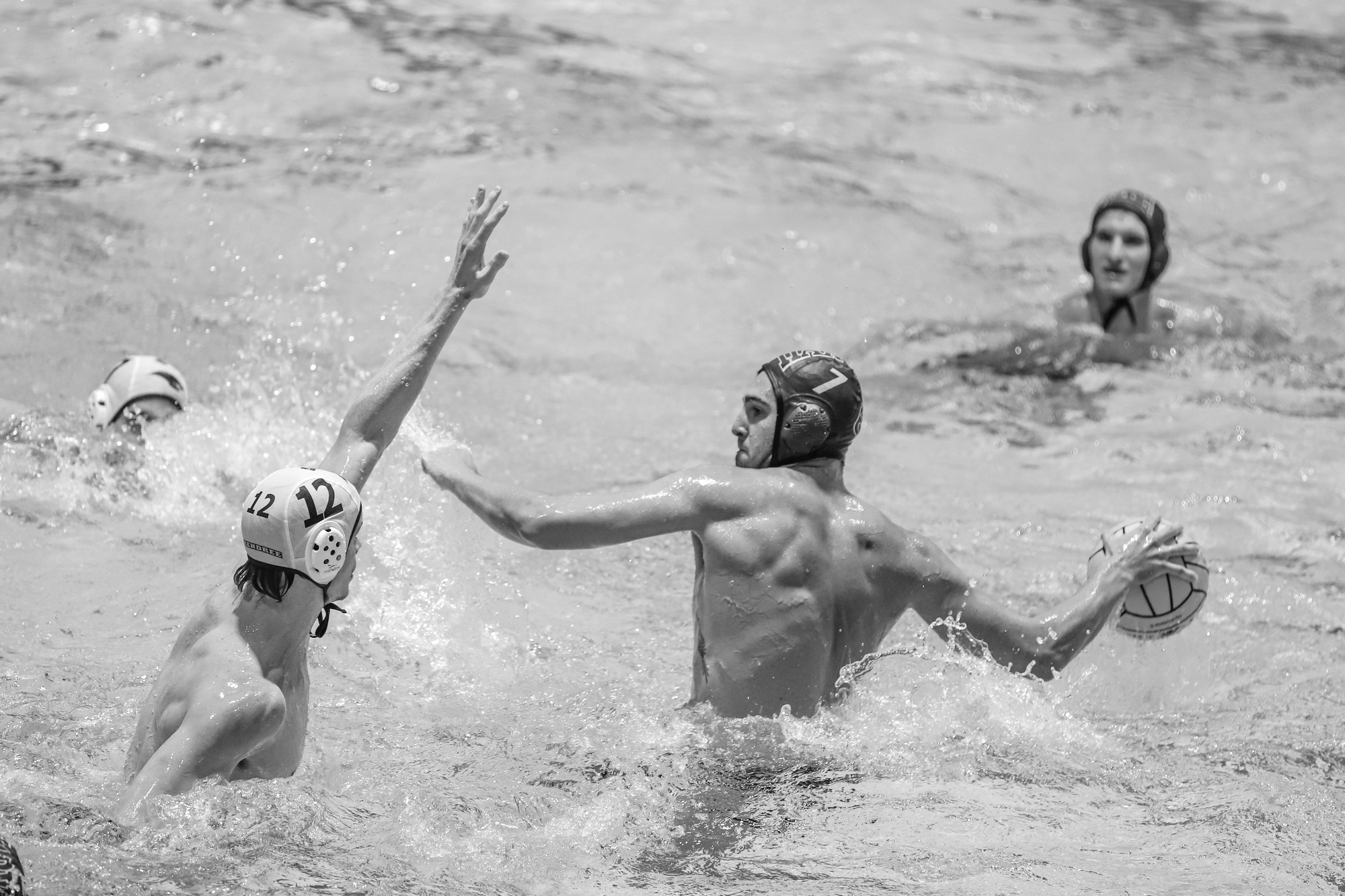 Junior attacker Dennis Blyashov winds up for a shot. The second contest of the weekend took place at eight o’clock in the morning, but the Crimson attack appeared unfazed by the early start time. Blyashov and sophomore attacker Alex Tsotadze both tallied four goals, and sophomore attacker Michael Sonsini poured in a pair while Hodge had two assists. By Timothy R. O'Meara

Owens praised the team’s overall performance in the three-game set and its late-game prowess.

“We took a big step forward as a team this weekend,” he said. “Our depth showed in our ability to wear teams down and execute in the fourth quarter. We’re looking forward to getting back to work this week and preparing for our games next weekend.”

Harvard will head to Lewisburg, Pa., for another early-season test next weekend at the Bucknell Invite. It will square off against No. 15 George Washington, John Hopkins, Mercyhurst, and Salem International as it looks to continue its undefeated season.