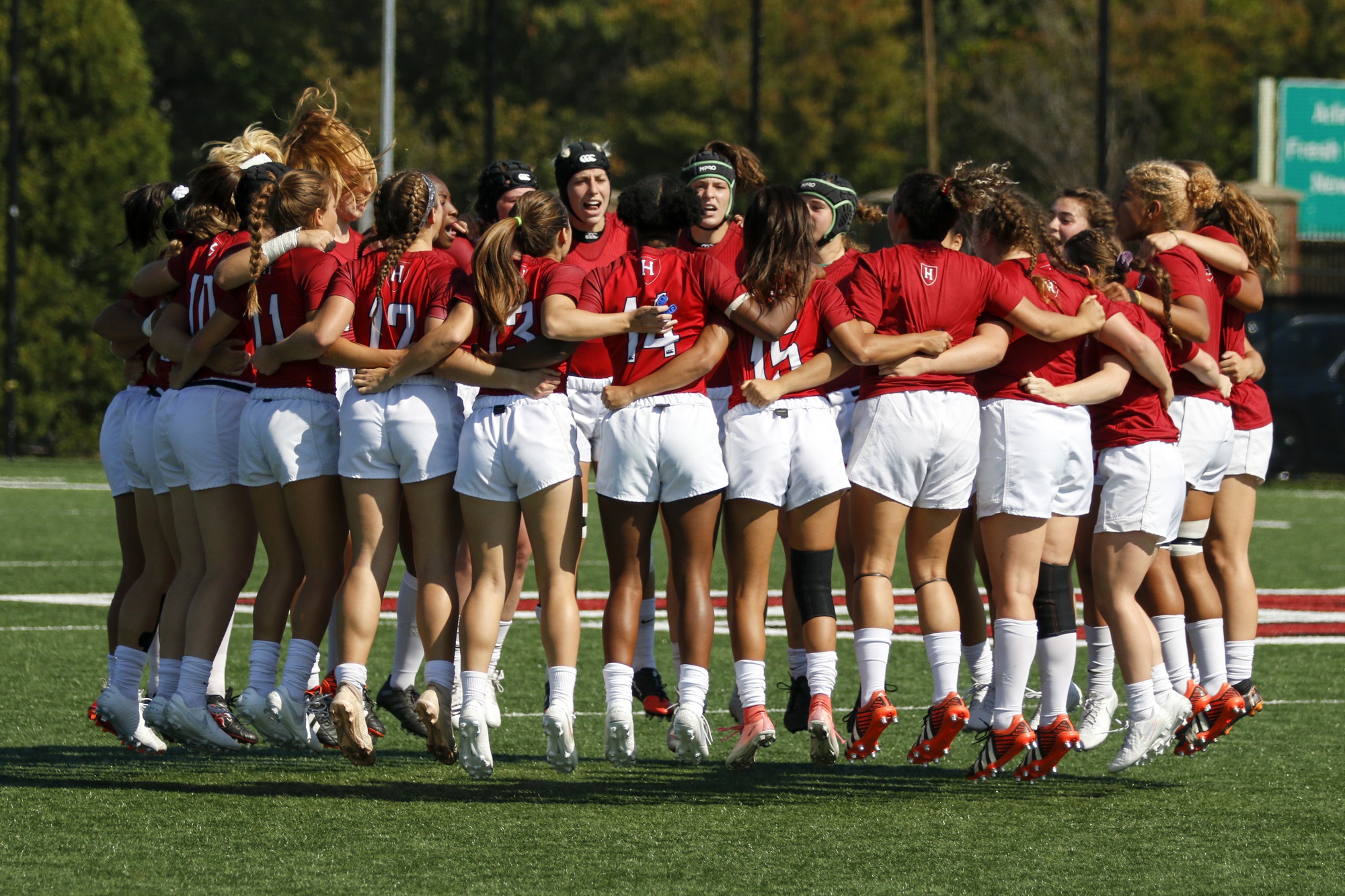 The Harvard women’s rugby team sent an intimidating message by massively overpowering its Ivy League foe Dartmouth at its home opener last Saturday with a score of 50-32. The match was highly anticipated after the Big Green beat the Crimson to win last year’s National Intercollegiate Rugby Association (NIRA) Championship.

“This was a big game for us,” sophomore Erica Jarrell said. “We work with a headspace coach during preseason and that teaches us to not let any loss or getting scored on affect us negatively. That prepares us for situations like these. Dartmouth is always an important one on the schedule.”

In form with their defending national champion status, Dartmouth opened with the first try of the match. However, it didn’t take long for Harvard to interrupt Dartmouth’s early momentum. Junior Gabrielle Fernandopulle had her first career try which was followed by 26 Crimson points scored by seniors Emily Prentice and Dominique Cantave, and freshman Achele Agada, all for which Dartmouth had no answer.

Part of what helped the Crimson earn their revenge on Saturday were contributions made by new freshman talent. The team’s count of eight freshman makes it the largest recruiting class in the program’s history and the benefits manifested clearly on Saturday.

“We knew we had such great talent coming in this year,” Jarrell said. “With such a high percentage of freshmen we do have to work on chasing the cohesion we had last year. We definitely are starting to emulate that as a team though, and the promise of the new talent that we’ve been excited about for a while has been coming into fruition.”

The second half included more pressure from the Big Green. Emily Prentice opened the second half with another try which was quickly matched by a successful Dartmouth effort. Three consecutive Crimson tries by Agada, Jarrell, and sophomore Cassidy Bargell increased the lead to 50-12.

Dartmouth had multiple tries towards the end, making the final score of 50-32 slightly less lop-sided then what was displayed on the scoreboard for most of the game.

“We had mental and physical edges over them, and when we used these to our advantage in the first 60 minutes or so we definitely outpaced them,” junior Robyn Beese said. “Towards the end we started to let things fly that we didn’t earlier on and we are definitely going to work on being consistent throughout.

The Crimson improved its record to 3-1 on the season and will take on Quinnipiac at home on Saturday, October 5.