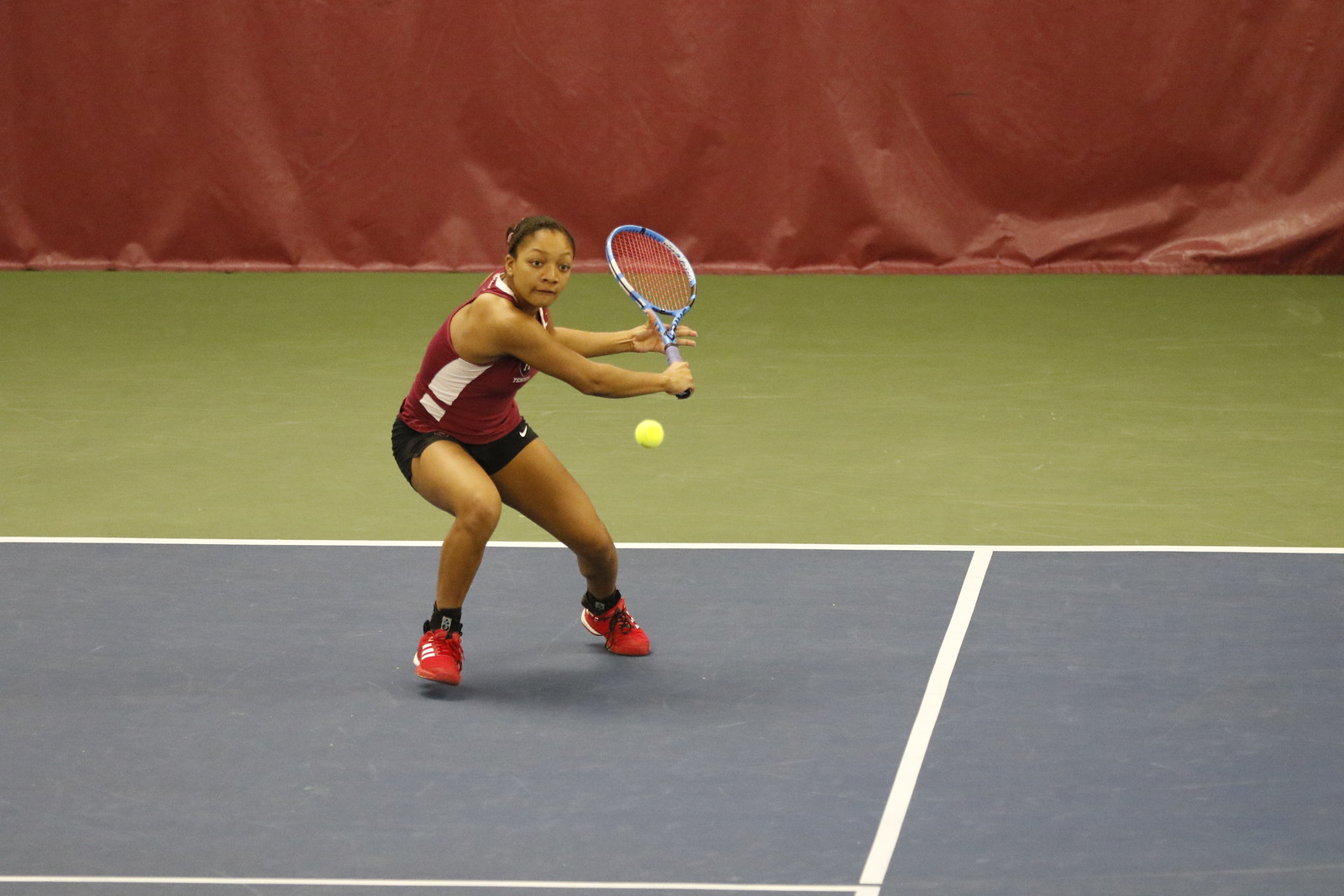 The Crimson got off to a hot start to kickoff its season. By Timothy R. O'Meara
By David Aley, Contributing Writer

Coming off two straight weekends of tournaments, both the men’s and women’s teams are looking to maintain their momentum after a hot start to the year. The women’s team spent the two weekends in New York City at the Columbia Fall Invite and at home for the Harvard Fall Classic, and on the men’s side, the team competed at the Napa Invite in Napa Valley and at the Ivy Plus tournament in Princeton. New and old faces on the team had their chance to hit the courts and see how their off-season training translated into in-season performance. And for many, the hard training paid off.

On the women’s side, the team captured two tournament wins at the Columbia Fall Invite on the weekend starting on Sept. 13th. Harvard freshman Mihaela Marculescu capped off her inaugural collegiate performance with a defeat of Columbia’s Jennifer Kerr (7-5, 2-6, 10-7), while in doubles, the duo of sophomore Rachel Lim and senior Jenna Friedel defeated a Columbia pair in the final round of flight A, with a score of 6-4.

This past weekend at the Harvard Fall Classic, a number of Crimson athletes came out with a win from their singles matches in straight sets, while the duo of Friedel and senior captain Natasha Gonzalez won their doubles match in a resounding 6-3, leading the way to a team victory on the weekend.

This year’s team comes in fairly young, bringing in a sizable freshman class of five.

“It’s really cool to see them come in with a lot of new energy, a lot of passion,” said Gonzalez, who’s on her final year with the team. “The freshmen did really well both weekends, and then the upperclassmen came in ready to start working again. So the season’s looking really good so far.”

While matches in the fall season are mostly about finding doubles partners, Gonzalez noted that this is the time for the team to grow together and push themselves, hopefully setting the tone for a successful year. Next up for the Harvard women is the ITA All-American Championships on Oct. 5th.

While the three freshmen have stepped up to the plate, it’s still been a bit rocky for Harvard.

“It’s been a difficult start to the season because we have four or five guys right now, including myself, who have had little injuries,” said senior captain Logan Weber. “But everyone who’s been playing has been absolutely crushing it.”

The following weekend’s Ivy Plus Tournament at Princeton was highlighted by two Crimson players, Yim and sophomore Harris Walker finishing undefeated in singles play. Walker defeated a Columbia athlete in straight sets, 6-3, 6-3, while Yim followed with a 6-3, 7-5 win over a Delaware athlete.

As for what’s next, Weber is confident the team has the potential to be great.

The team has set its targets on a Top 25 placement, NCAA tournament berth, Ivy League championship, and more. And with the high-caliber talent on the team this year, these goals seem far from long shots.