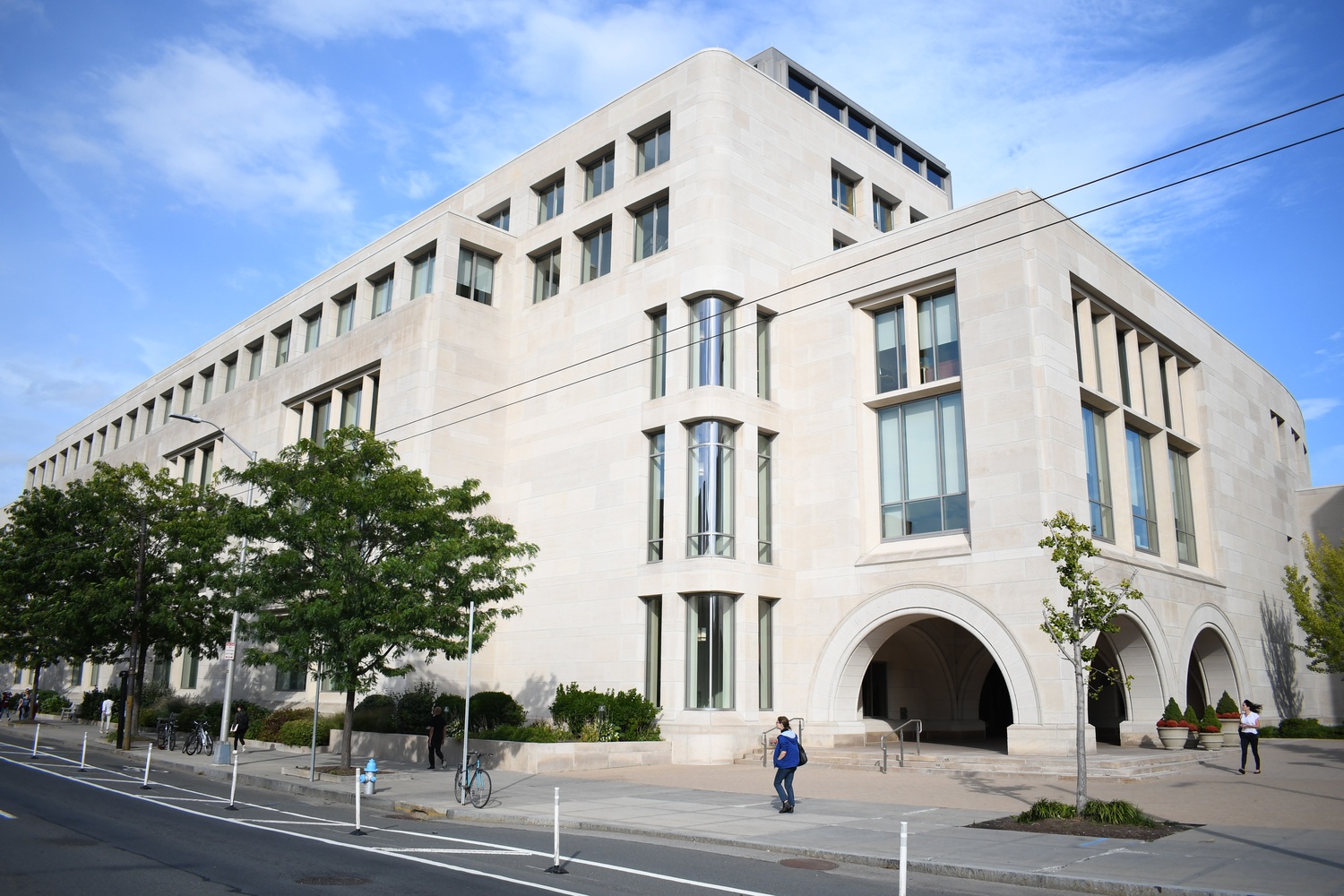 Harvard Corporation member Theodore V. Wells, who works as a partner at the firm, was a lead lawyer for ExxonMobil. The firm did not respond to multiple requests for comment about the protest.

Shortly after the firm’s speaker came on stage, a group of students revealed a banner reading “#DropExxon,” according to a press release about the protest. They also chanted over the speaker, “We, students of Harvard Law School, will not work for you as long as you work for ExxonMobil. Our future is on fire, and you are fanning the flames. If you want to recruit us, then drop Exxon and join us in fighting for a livable future.”

First-year law student Carly Margolis said in the release that the students intended to send a clear message to the partners at the firm.

“Every year, Paul, Weiss holds receptions to recruit students like us – the future lawyers they need to stay on top of their field,” Margolis said. “So we came today to send a clear message to the partners at Paul, Weiss that as long as they are working to shield the corporate polluters wrecking our climate, we won’t be working for them.”

“I’ve been at Harvard for almost three years, and in my experience, direct action like this is incredibly rare at our school, with some notable exceptions,” Perls said. “The fact that students are overcoming the culture of complacency that dominates law school is truly a big deal, and gives me hope that real change is possible.”

Wednesday's protest does not mark the first time Law School students have protested a high-profile firm.

In 2018, law firm Kirkland & Ellis announced it would no longer require associates to sign mandatory arbitration agreements — contracts that require employees to resolve workplace disputes with employers through an arbitration process, rather than through the courts. The announcement came after the Law School student group People’s Parity Project — then named the Pipeline Parity Project — called for a boycott of the firm until it removed the mandatory agreements.

Tyler Creighton, who is a second-year law student at Boston University, said in the release that he was proud to stand with the Harvard Law students.

“I was proud to join in solidarity with the Harvard Law community at tonight’s historic action and look forward to spreading this critical movement to Boston University and other law schools to end the legal industry’s defense of our climate’s destruction,” Creighton said.