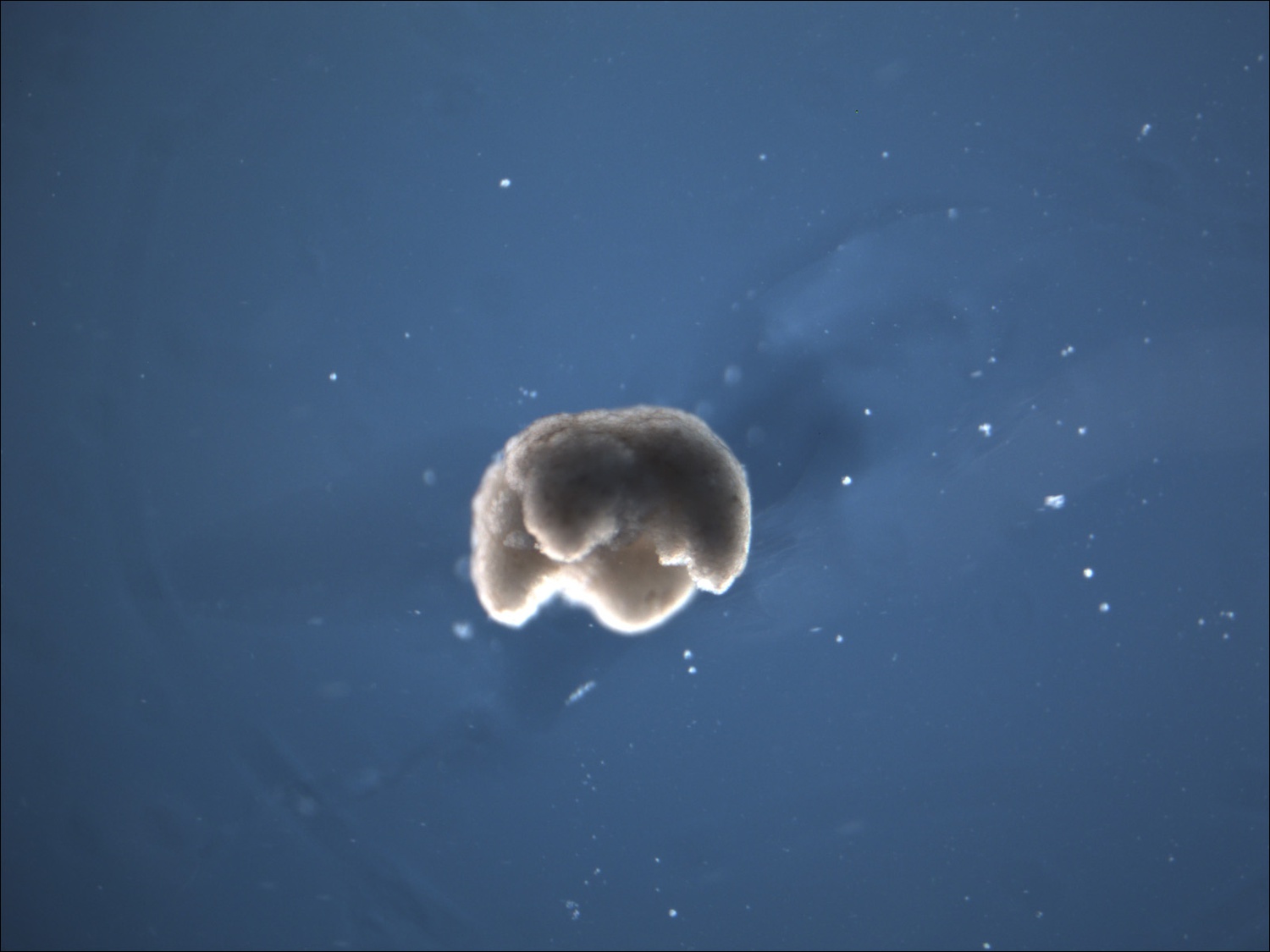 Researchers at Harvard, Tufts, and the University of Vermont created robots that live and die by combining programming and live from cells. By Courtesy of Sam Kriegman
By Ethan Lee, Crimson Staff Writer

Researchers at Harvard’s Wyss Institute, Tufts University, and the University of Vermont published a study detailing their creation of programmable, living nanobots built from frog DNA on Jan. 13.

The robots, which are called “xenobots” after Xenopus laevis — an African clawed frog species whose cells were used in their creation — were designed using an “evolutionary algorithm” on a supercomputer.

So far, the xenobots have been programmed to independently move and interact with each other, according to Douglas J. Blackiston, the study’s co-author and a scientist at the Allen Discovery Center at Tufts.

“The types of functions that we’ve seen are different types of motions. So, we can make them swim, or crawl, and walk, using articulated muscle tissue,” Blackiston said. “They can collect and aggregate particles, so we’ve been looking at possible applications for that, where they move around in an environment in groups.”

Although the research is not the first of its kind in creating “living robots,” Sam Kriegman — a co-author of the study and Ph.D. student at the University of Vermont — wrote in an email that it is perceived as unique due to its incorporation of supercomputers when designing the xenobots.

“Xenobots are 100% biological tissue, but the big advance is that they are designed by a computer,” Kriegman wrote. “It turns out that it is very difficult to design an organism from scratch. So we tell the computer what we want the organism to do, and the computer (an evolutionary algorithm) performs a trial and error process, creating and simulating millions of virtual creatures.”

Although currently produced on a small scale, xenobots could become tools for future societal benefit once they are fully studied and developed, according to Kriegman.

“We can already see the rudiments of useful work: swarms of xenobots tend to work together to push pellets in their dish into neat piles,” Kriegman wrote. “We can imagine future xenobots doing the same thing with microplastics in the ocean: aggregating tiny bits of plastic into a large ball of plastic that a traditional drone can gather and bring to a recycling center.”

No matter what function xenobots take on in their future applications, they are not dangerous to the environment due to their design and composition, Blackiston said.

“They have a specific lifespan, so they survive for 7 days, they run out of food, and they dissolve naturally,” Blackiston said. “And these are amphibian cells, and so frogs also naturally shed their skin so the material that we have here is largely what would come off on a frog naturally shedding into a waterway.”

While xenobots present a number of potential benefits, some critics have also raised ethical questions regarding their statuses as living beings. Michael Levin, a co-author of the study, associate faculty member at the Wyss Institute, and biology professor at Tufts, wrote in an email that it may be too early to address these concerns.

“They are clearly living beings, but their moral significance right now is on a level with frog skin in general. Frogs shed their skin all the time,” Levin wrote. “I think it makes sense to deal with mammals’ moral significance first (e.g., factory farms all over the world with pigs and cows), then fish and amphibians, and after that we can worry about pieces of skin tissue.”

Looking forward, the team said they believe the research can be used for exploring different properties of cells and their applications in medicine and other areas.

“A lot of the work is actually translating this laterally into a more medical context of regenerative medicine,” Blackiston said. “And so the types of things we’re learning here about how to generate these shapes, how to organize the cells, how to get cells to communicate effectively, have been moving into a lot of other projects and labs.”

— Staff writer Ethan Lee can be reached at ethan.lee@thecrimson.com.