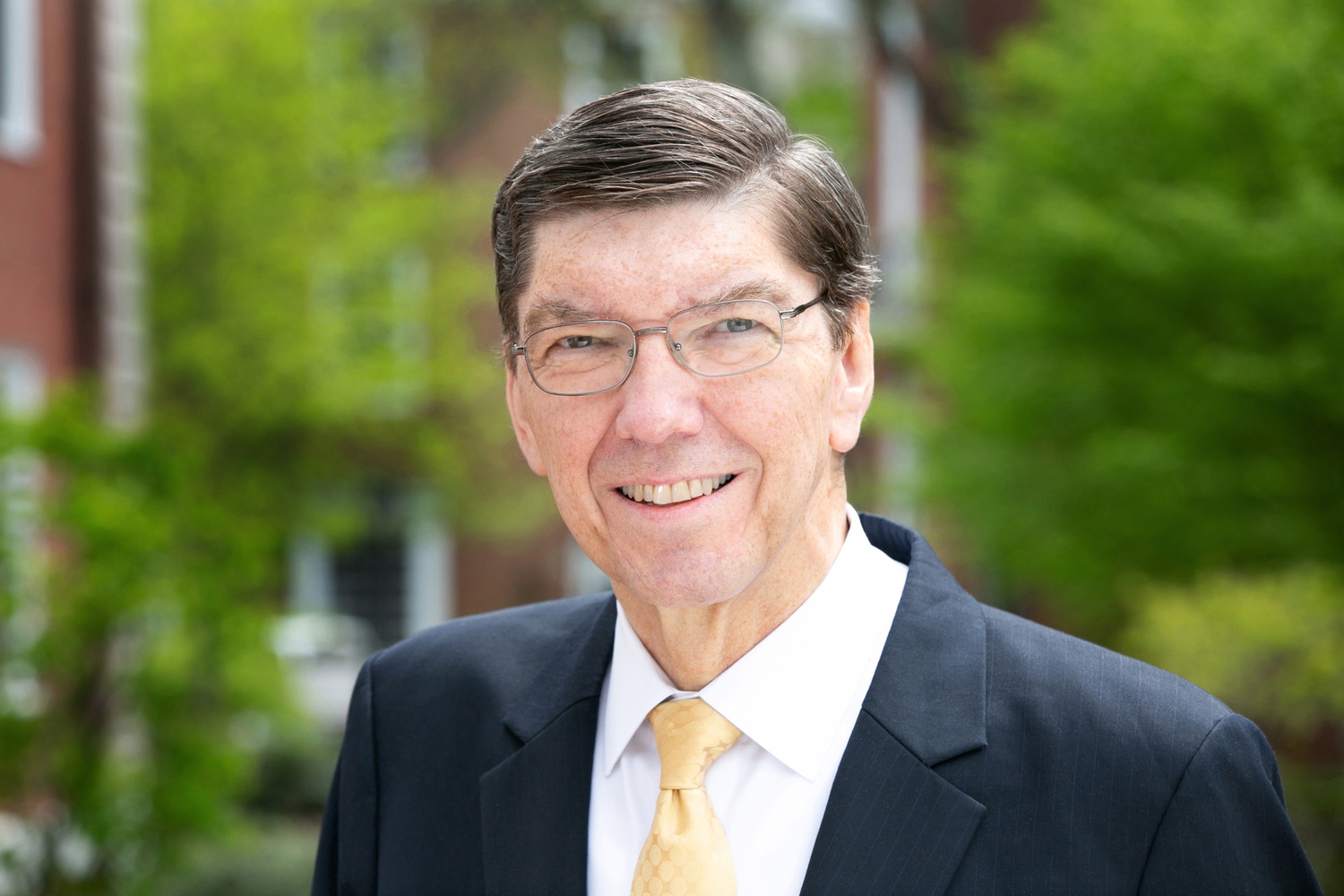 At 6 feet 8 inches tall, renowned Harvard Business School professor Clayton M. Christensen was a giant both in academia and in stature. Family and friends, however, remember him most of all for his humility, patience, warmth, and eagerness to give his time to others.

Christensen, known as the world’s foremost authority on “disruptive innovation,” died Jan. 23 surrounded by his family after a year-long battle with leukemia. He was 67 years old.

Christensen joined the HBS faculty in 1992. He is survived by his wife Christine, five children — Matthew, Ann, Michael, Spencer, and Catherine — and nine grandchildren.

“He was a beloved professor and role model whose brilliant teaching and wisdom inspired generations of students and young academics,” Nohria wrote in a statement. “His loss will be felt deeply by many in our community and his legacy will be long-lasting.”

Christensen was one of the most influential business theorists of the last half-century, according to Forbes Magazine. He was twice ranked at the top of the magazine's Thinkers 50 list.

Much of Christensen’s work centered on identifying factors that determine how businesses innovate in existing and prospective markets. His research also pioneered a theory about how the innovation of affordable products can “disrupt” entire industries. He coined the term “disruptive innovation” to describe this process in his New York Times bestselling, award-winning book “The Innovator’s Dilemma: When New Technologies Cause Great Firms to Fail.”

“So much management theorizing comes and goes. They’re fads,” Henderson said. “But disruptive innovation for a very long time pointed to something very important. It's a term of art.”

Christensen’s groundbreaking theories, best-selling books, and devotion to his teaching earned him celebrity status and a reputation as a prolific, world-class thinker.

Karen Dillon, a former editor of the Harvard Business Review and co-author of three books with Christensen, said some of her fondest memories were seeing people excitedly approach him during events they spoke at or attended — particularly young people asking him for a selfie.

“At first someone came up with a camera and I sort of edged into the picture and then I realized they wanted to hand me the camera to take a picture of the two of them,” Dillon said, laughing.

Despite Christensen’s fame, those who knew him said he always remained humble.

Michael B. Horn — who was a student of his, co-authored a book with him, and co-founded the Clayton Christensen Institute — said Christensen still drove his “beat up” Honda Accord to work everyday long after he became a “famous guru.”

“He was way more comfortable in a Burger King or McDonald's than a nice restaurant. His humility and passion for the low-end was always on display,” Horn said.

Those who knew Christensen also remember him as a masterful woodworker, saying he loved building furniture by hand, including some pieces in his office.

“He could lose himself in creating in all kinds of ways, creating ideas, but also creating something that was enduring and lasting, like a beautiful piece of furniture,” Dillon said.

But above all, his students, colleagues, and friends all said his lasting legacy was the way he built up people around him.

When Christensen’s former student Scott N. Boyle first moved to the Boston area with his family in 2009 after just finishing his Ph.D., his first interaction with Christensen was at their church.

Though Boyle said he was initially intimidated by the “big fish” in the congregation, Christensen — a member of the Church of Jesus Christ of Latter-day Saints — assuaged those feelings when he introduced himself to Boyle, handing out his business card and home phone number.

“Even with as busy as he was with his faculty commitments and his family, he would always find time for people,” Boyle said.

Mark S. Selawry, a former student of Christensen’s, recalls him using the final lecture in a 1998 course to remind his students of their responsibility to others. Christensen urged those in the class — many of whom were looking to someday become business leaders — to take not just a professional but also a custodial interest in their employees and colleagues.

“If as thought leaders, we could make the world a kinder, better, more human place, then I think, according to him, we would have left our most enduring legacy,” Selawry said.