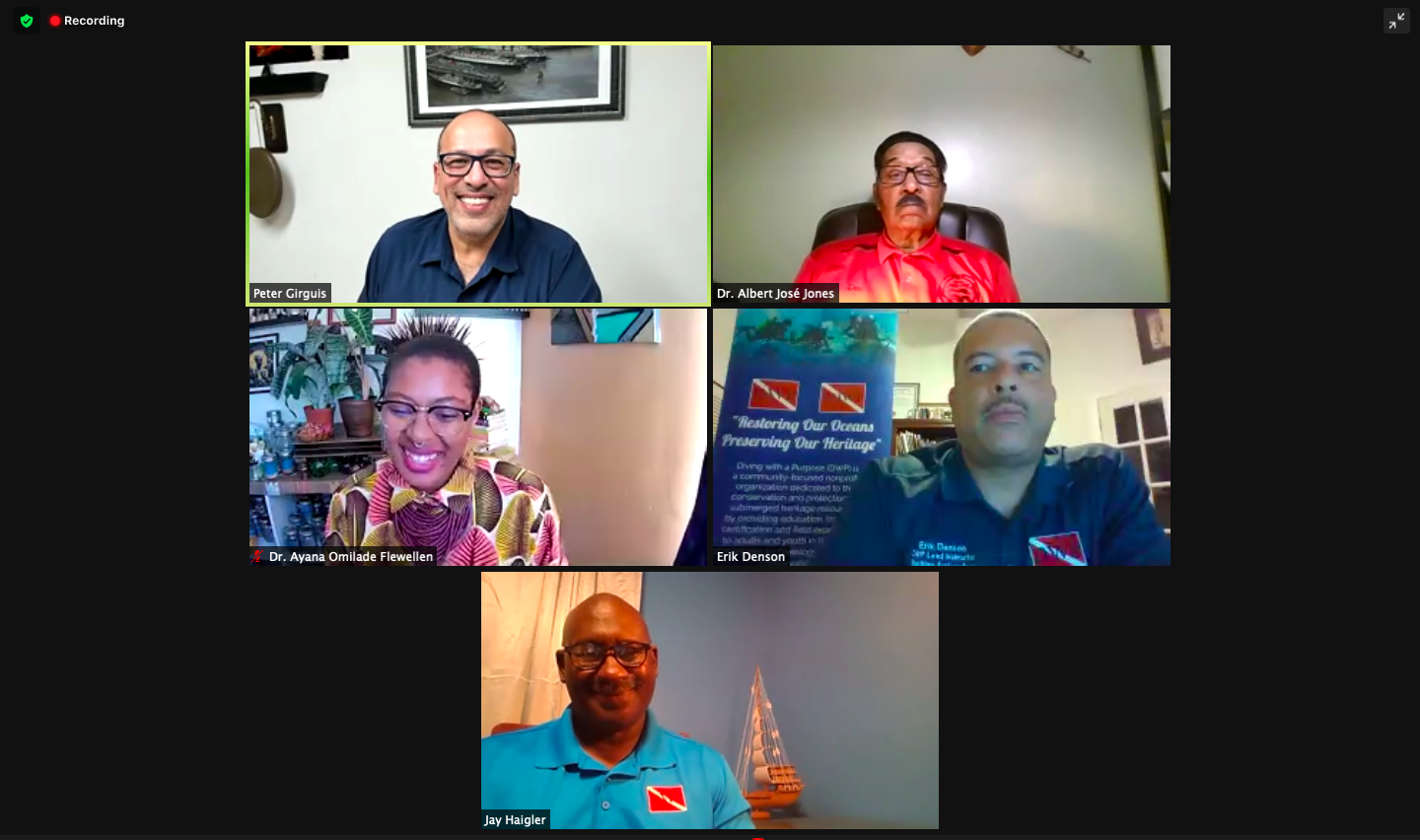 Leaders of Diving With a Purpose, a nonprofit dedicated to ocean conservation and maritime archaeology, spoke about their organization’s history, mission, and community outreach at a virtual panel event hosted by the Harvard Museums of Science and Culture Thursday night.

Albert José Jones and Jay Haigler, lead diving instructors, were the founding directors of Diving With a Purpose when it first became a nonprofit in 2004. DWP is an international organization made up of hundreds of divers.

“Our motto is restoring our oceans, preserving our heritage,” said Erik Denson, another lead instructor and the Chief Electrical Engineer at the NASA Kennedy Space Center.

Part of DWP's mission is to focus on increasing racial representation in the field of maritime archaeology.

“We have a special focus on the protection, documentation, and interpretation of African slave trade shipwrecks, and the maritime history and culture of African Americans, who formed a core labor and expertise for America’s — and even the global maritime enterprise,” Haigler said.

He emphasized how DWP also offers training and certification programs for both adults and students — the latter, he claimed, were often better than the former.

Ayana O. Flewellen, a diving instructor for DWP and anthropology professor at the University of California, Riverside, said the organization provides young people of color the opportunity to see themselves reflected in the archaeology profession.

“Less than 1 percent of archaeologists are folks of African descent here in North America,” Flewellen said. “So the work that they’re doing is really providing this space outside of academia that challenges the representation of what archaeology is, and who could be an archaeologist and how that person looks.”

In addition to documenting slave-ship wrecks, DWP has been involved in numerous missions, such as finding the remains of one of the Tuskegee Airmen’s planes that crashed during training in Lake Huron, Mich. The Tuskegee Airmen were the first Black aviators in the U.S. Army Air Corps.

Haigler spoke about the discovery of the plane’s wreckage and its call box, which was a particularly well-preserved artifact.

In the Q&A session after the panel, Jones noted the sobering aspects of the organization’s work, particularly when divers uncovered artifacts from slave ships.

“The shackles that were made for children, I would say, is one of the artifacts that really, really gets to you,” Jones said. “It’s tough to do because it’s not like a job, not something you can train for, because it involves your heritage; you’re a part of this.”