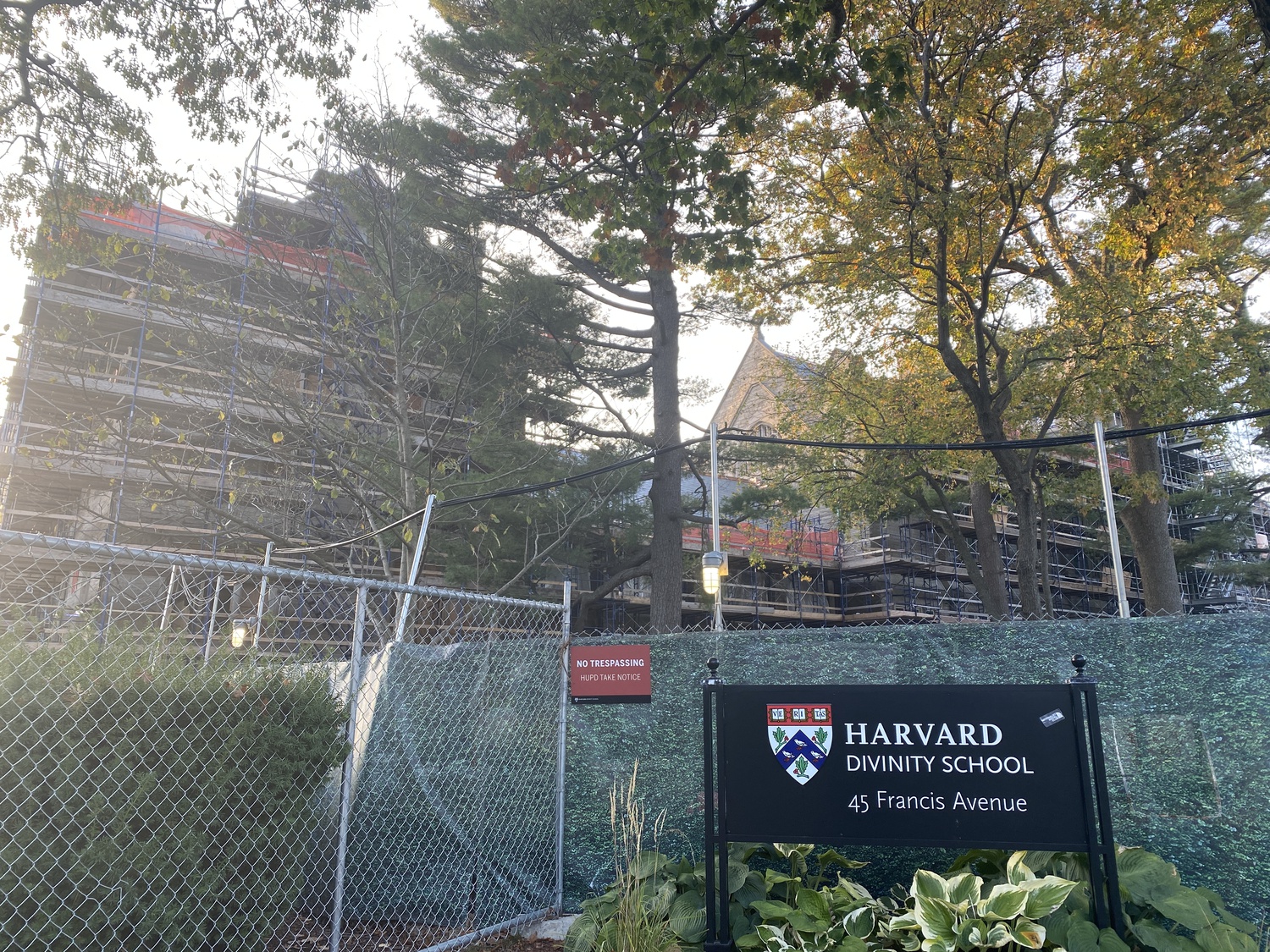 The Divinity School hosted a panel on the role of religion in this fall's election. By Angela Dela Cruz
By Emmy M. Cho, Contributing Writer

Harvard professors discussed the evolving role of religion in the 2020 presidential election in a lecture hosted by the Divinity School Thursday.

Moderator Catherine A. Brekus ’85, a Divinity School professor who studies the history of religion in America, situated the conversation in a status quo moving to accommodate new religious trends, particularly the emergence of religious “nones,” or non-believers.

“Joe Biden might actually win not only the Latino Catholic vote by a large margin, but he may actually pull off a victory in the white Catholic vote,” Dionne said. “And I think that’s partly because of the same disillusionment with Trump that other groups are feeling.”

Dionne mentioned growing discontent among conservative Catholic and Christian voters with the president’s handling of the coronavirus pandemic. He cited John Carr, founder and director of the Initiative on Catholic Social Thought and Public Life and Georgetown University when explaining this rationale.

Brekus wrote in a statement to The Crimson after the event that pollsters are “inherently interested” in how white Catholics vote.

“Trump won their vote in 2016, but Biden himself is a white Catholic, and he is trying to win their vote (Hispanic and black Catholics support Biden by a large margin, so even if Biden doesn’t win white Catholics, he might win the “Catholic vote.”),” Brekus wrote.

Kloppenberg highlighted the longstanding role of religious pluralism in U.S. history, referencing the formation of American democracy itself.

“It’s important to acknowledge that the divisions that E.J. talked about have been present in America since before there was a United States,” he said. “Americans had to learn to live with diversity, and that diversity carried over into the new nation. And so seeing the divisions that we see across liberal and conservative blocks is nothing new.”

Both professors discussed how the Trump administration has evolved the role of religion in American politics, first referencing the legacy of former President Barack Obama and his efforts to embrace religious pluralism.

“Obama both personally embodied that sense of being different from the presidents who had come before him and the welcoming sense that there was something precious about the American tradition of welcoming difference and embracing difference,” Kloppenberg said. “And so I think the signals he was sending out to the world are as antithetical to the signals that we’ve gotten from the Trump White House as it's possible to imagine.”

Dionne said that Trump uses religion in a more “aggressive” manner than Obama.

“Now, what you’ve got with Trump,” Dionne said afterward, “is weaponizing religion in a very aggressive way.”

Brekus wrote in a statement after the event that Trump’s efforts to prioritize the voices of white evangelicals contrasts the religious pluralism that has defined American democracy.

“Trump’s greatest effect on religion has been to privilege the voices of white evangelicals, who have supported him in huge numbers because of their hope that he will restore something that they feel has been lost—namely, the white, Protestant identity of the United States,” Brekus wrote. “In contrast, both Jim Kloppenberg and E.J. Dionne noted that religious pluralism has strengthened American democracy.”