History 1852: Finding Sports When Sports Are Hard to Find 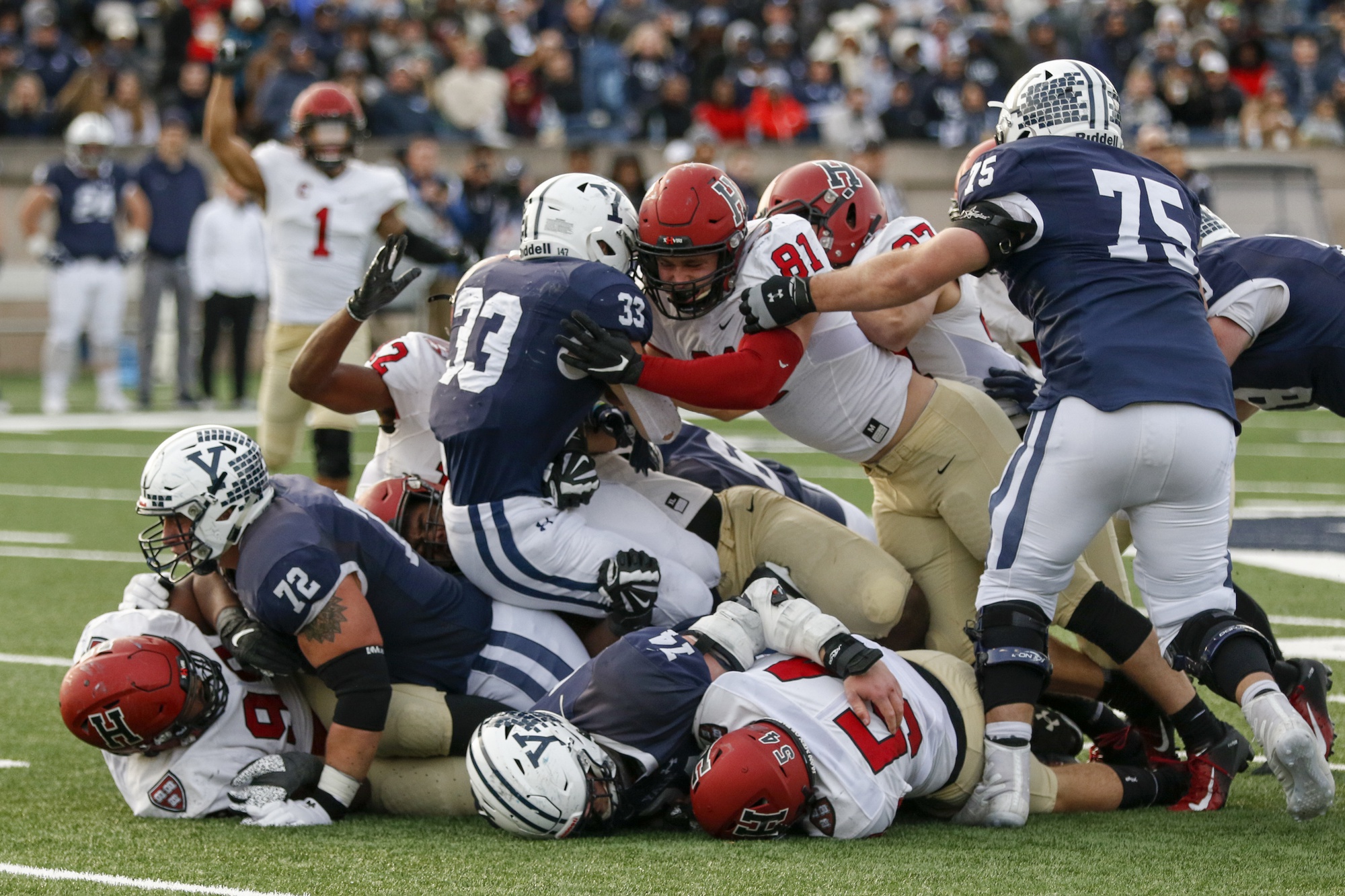 In a normal year, the historic Harvard-Yale football game would be about a month away. This year, Harvard sports are taking place off the field. By Timothy R. O'Meara
By Marlee Masters, Contributing Writer

It usually is not hard to find organized sports on Harvard’s campus on a given term-time day. Throughout the year, shoes screech in Lavietes Pavilion, pucks fly in Bright-Landry Hockey Center, and the sound of a coxswain’s call echoes around the banks of the Charles River. But this year is different. On July 8, the Ivy League made the difficult decision to cancel fall sports for the year 2020. Crimson athletes are no longer zooming on scooters through the yard, but rather zooming into Harvard online from all across the world.

Despite the coronavirus pandemic and its subsequent restrictions on college athletics, sports at Harvard have not disappeared. They have simply moved to a different arena: the classroom. Now, if one were to look for Crimson sports on “campus,” they would have to look no further than Zach Nowak and the history department.

Dr. Zachary Nowak is a beloved professor. His students know and refer to him as Zach. Junior Maddie Heilbrun of the swim and dive team jokes that she is only a couple classes short of a secondary in “Nowak-ian Studies” — that is, a four-class history secondary made up of exclusively classes taught by Professor Nowak.

The sports community at Harvard — athletes and enthusiasts alike — was the perfect target. Professor Nowak used his contacts in the athletic community to get the word out about his new class, and even scheduled the class from 7:30-8:45 p.m. EST on Tuesday and Thursday nights to accommodate athletic training schedules. The class is largely made up of, though in no way limited to, student-athletes. From men’s basketball to women’s crew, roughly 50% of the students are student-athletes. Sports enthusiasts and perhaps concentrators in Nowak-ian studies make up the other 50%.

For reasons that were in part promotional, Professor Nowak happened into creating a space for Crimson student-athletes and sports enthusiasts to showcase their love for and interest in college sports.

“When I told some of my friends I was going to teach sports history this fall, they were dying laughing,” Nowak said. “They thought it was hilarious. But much like my Harvard History class last year, I took a subject [that] I had some familiarity with [and] did a ton of reading over the summer preceding. But ultimately this class… is not really a history of sports in America. It’s a history of America through sports.”

The course itself, Professor Nowak says, is like a play-action pass. College sports are the faked run; the pass is historical methodology. Through the lens of college sports, students learn how to analyze and make arguments about race, class, and gender in 19th and 20th century America.

A lesson on the history of baseball at Harvard, for example, teaches students about race relations. A dive into the concept of amateurism in sport details class relations. An oral history project, which involves interviewing and documenting the history of women athletes at Radcliffe and Harvard, teaches students about the gendered reality of archival representation. If for History 1852 19th and 20th-century American history is the end, college sports are the means.

Although the gates may be locked at Harvard stadium and scooters are not littering Harvard Yard, Crimson sports are still alive. And in the most Harvard way possible, they have just moved to the classroom.