Graduate Student Mark B. Herzog, Remembered as Curious and Kind, Dies at 27 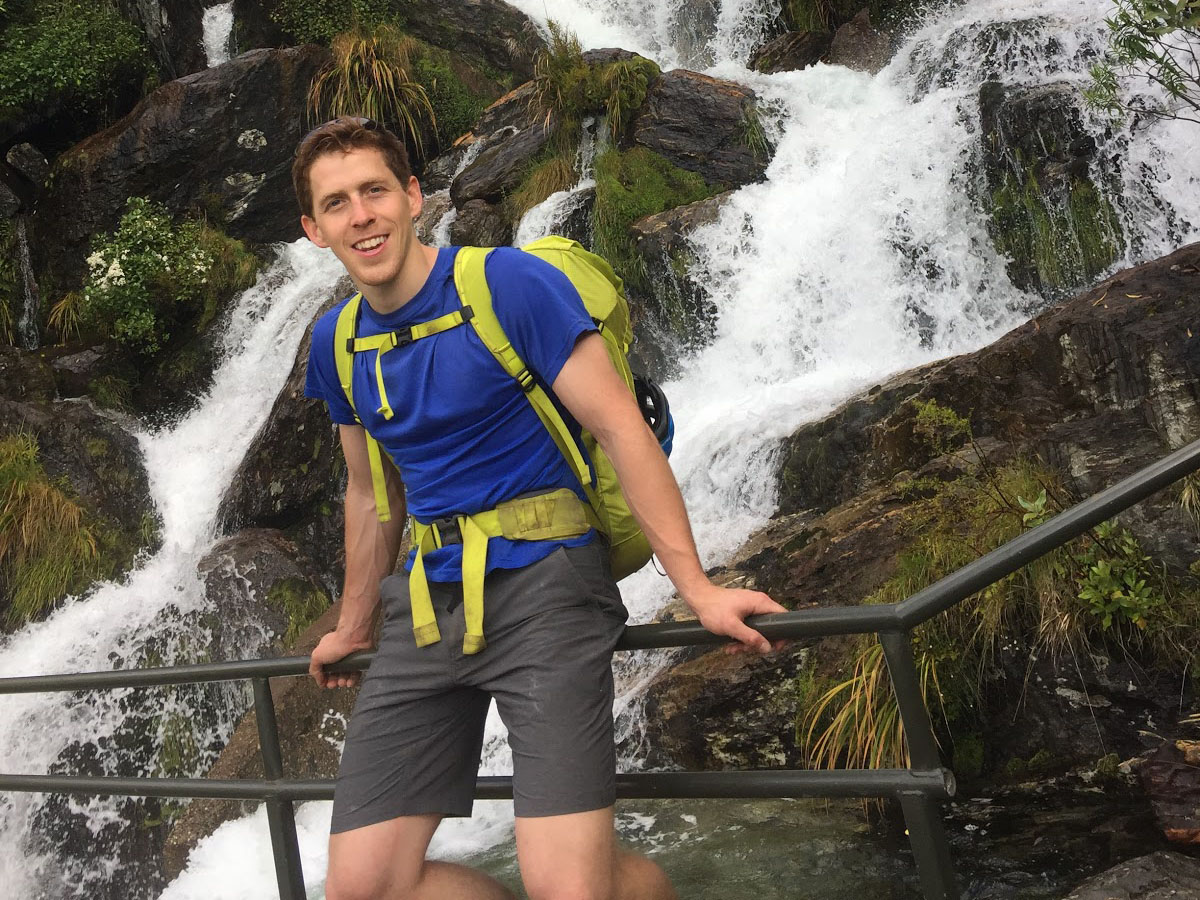 Mark B. Herzog was a fifth-year graduate student enrolled in the joint M.D. and Masters of Public Policy program at Harvard Medical School and Harvard Kennedy School. Passionate about spending time outdoors and improving rural medical care, he died in late January at age 27. By Courtesy of Andrew V. A. Foley
By Michelle G. Kurilla, Crimson Staff Writer

Harvard Medical School student Andrew V. A. Foley is afraid of heights. Nevertheless, he once found himself on the top of a rock face in Western Massachusetts, helped up by his friend Mark B. Herzog.

Foley said he knew he was holding Herzog, an experienced climber, back from more difficult heights. But Herzog insisted on climbing as a pair.

“Eventually, he got me to the top to sit on this ledge with him,” Foley said. “He had made sandwiches so that we could sit there and eat lunch together.”

Herzog — who Foley described as “one of the happiest people” he has ever met — was a fifth-year graduate student enrolled in the joint M.D. and Masters of Public Policy program at Harvard Medical School and Harvard Kennedy School. Passionate about spending time outdoors and improving rural medical care, he died in late January at age 27.

He is survived by his mother, his father, his four brothers, his three sisters, two nephews, his girlfriend, his great aunt, and his friends and mentors at Harvard.

John Herzog, his brother, wrote in an email that Mark showed a deep devotion to improving rural primary care and a passion for climbing.

“His mind was always going with new thoughts about school, his research, and the future, but climbing allowed him to have complete focus on the task at hand and forget about everything else,” he wrote. “It gave him a chance to escape the urban life of North Carolina or Boston and find some wild areas. The physical aspect was also important to him as were the views and serenity that he seemed to find at the top of an excellent climb in a beautiful place.”

He added that his brother took advantage of opportunity where he could find it, making friends “both on and off the mountains.”

“Mark always took advantage of every opportunity and adventure he could find, but more importantly commanded an extraordinary ability to bring people together, encouraged others with his contagious humor, and cared deeply about their lives and stories,” he wrote.

Despite his glowing resume, Herzog’s friends and family said he was more interested in connecting with people and working to improve healthcare in America than accumulating accolades.

David Liebers, who worked on a rural health policy project with Herzog, said Herzog was the type of person to bike for an hour just to catch up for 15 minutes with a close friend.

“He was incredibly talented at finding ways to reconnect and rebuild communities,” Liebers said. “Family and friends were his number one passion.”

Danika Barry, one of Herzog’s former housemates and friends in the joint M.D.-M.P.P. program, said he turned his own experiences growing up in rural Appalachia into a “driving passion” to improve rural healthcare.

“I think central to that was really to affirm the dignity of the people in rural areas, seeing that they had an absolute right to the best quality healthcare,” she said.

Hailing from the border of Tennessee and Virginia, Herzog sought to improve the health system in towns like his own. He worked on rural health research projects with the Rosebud Sioux reservation in South Dakota, the Navajo Nation in New Mexico, in the Appalachian region, as well as internationally in Guatemala, Kenya, and New Zealand.

While sorting through items Herzog left in storage, Barry said she found a book of haikus he wrote.

“Pause. Loosen the grip / Breathe, relax into the moves / Smile climb with joy,” one read, according to a website dedicated to his memory.

“It was a practice of reflection and gratitude,” Barry said of the poems. “Part of his impact is inspiring others to live more mindfully, more effectively and still find ways to access joy and gratitude no matter what.”

HMS Dean for Medical Education Edward M. Hundert wrote in an email that Herzog improved the lives of those who knew him.

“Mark was a shining light who elevated everyone around him — his classmates and friends, our faculty and staff, his patients, and everyone he met,” Hundert wrote. “His passion for improving rural health care was an inspiration — he was on a mission to make the world a better place, and we all owe it to his life and memory to follow his beautiful example.”

John Herzog wrote that he believes his brother would want people to remember him by following his example.

“I feel like the best way to truly remember Mark would be for people to live the way that he did - to spend the extra minute getting to know someone, to have an adventure whenever you can, and to value those around you at all times,” he wrote.