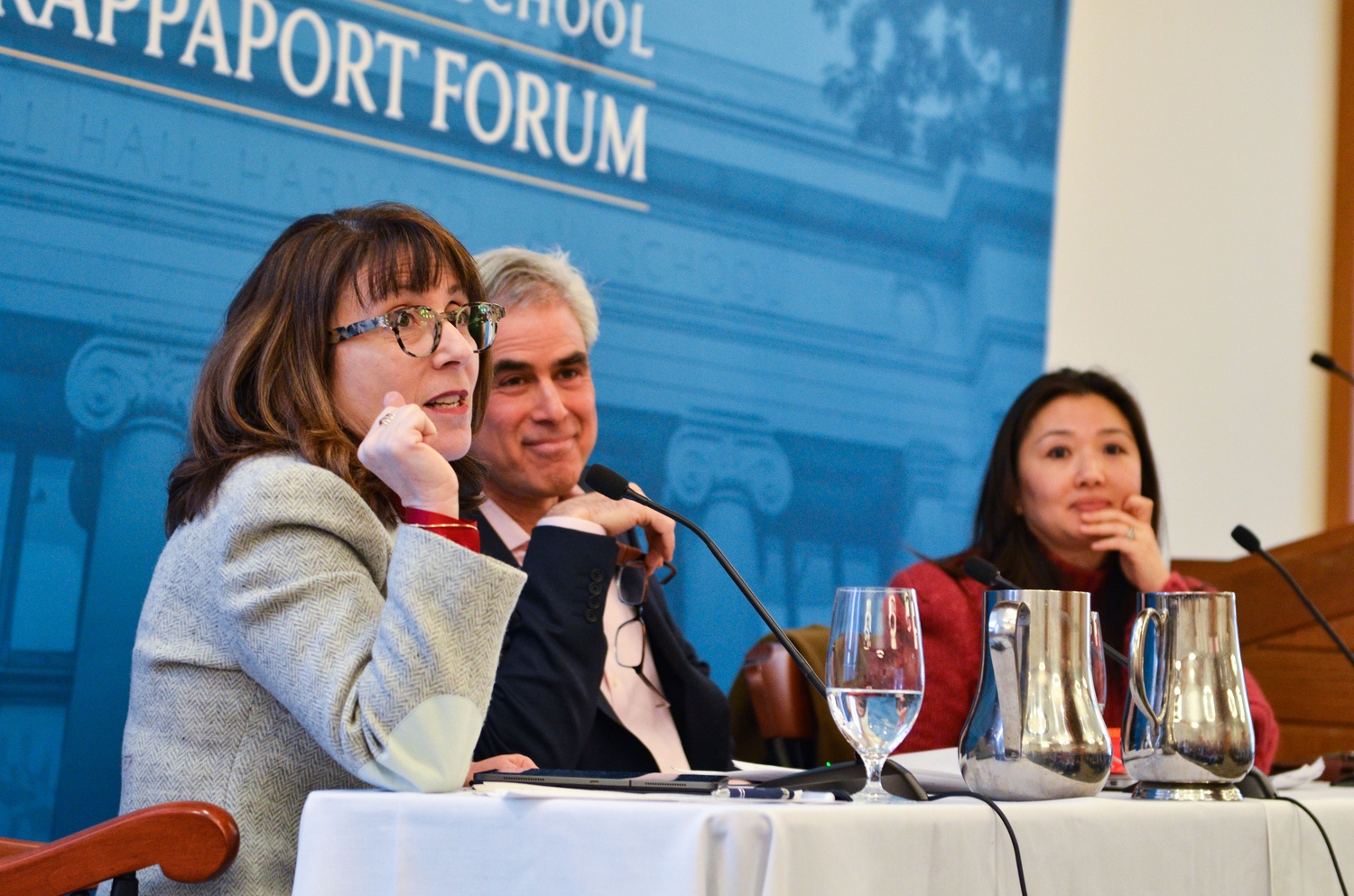 A panel of speakers discussed the role and limits of free speech on college campuses at the inaugural Harvard Law School Rappaport Forum on Friday.

In a discussion lasting roughly an hour on Friday afternoon, Lisa Feldman Barrett, a psychology professor at Northeastern University, and Jonathan Haidt, an ethical leadership professor at New York University, discussed the definition of violent speech and how the parameters of free speech have changed on college campuses with the advent of the internet.

“In a society that is badly divided, this forum was served as a reminder of how important it is, and how much can be learned from the respectful clash of ideas,” Harvard Law School Dean John F. Manning ’82 said at the beginning of the event.

Haidt has previously commented extensively on the role of free speech on college campuses. In 2018, he co-wrote “The Coddling of the American Mind: How Good Intentions and Bad Ideas Are Setting Up a Generation for Failure,” arguing against trigger warnings and safe spaces.

“You can’t just come here and say, you know, the Newtown shootings never happened,” Haidt said. “There’s no point in having that on a college campus. And so I think we all agree that a scholar who had presented work that some people find horrible, hateful, or upsetting if still playing by the rules and should be allowed — is a legitimate person to invite.”

Barrett said educators should be mindful of students’ backgrounds and their tolerance for stress when engaging in difficult topics and conversation.

“The truth is honestly that some of us are better equipped just because of our life circumstances to deal with than others,” she said. “It doesn't mean that they are off the hook for any responsibility, but he does mean that there's a context here. And we do well as educators to pay attention to that context where we won't actually meet the goal that we have.”

She added that she believes campus speech policies should have a basis in science.

“We have evolved as a species to have socially dependent nervous systems,” Barrett said. “That means I can text three words to someone halfway around the world, who can't hear my voice and can't see my face, and I can make their heart rate go up.”

“If we all do that — which we do — we regulate each other's nervous systems, that means we are more responsible actually, for people, then we might like,” she added.

Law School student Nathan Wexler said he thought both speakers’ discussion on the parameters of speaker invitations at colleges was productive, adding that he believes universities should have a “clear set of morals about what should be allowed and what shouldn’t be.”

Rappaport said in an interview with The Crimson that he hopes both Friday’s event and future forums will engage with “important and frequently divisive public policy issues with opposing sides.”

“It's in some ways a kind of return to a period of time when you have some bipartisan solutions to problems,” he said. “The middle area is a very lonely place at the present time, so I hope that the dean’s program keeps focusing on issues that are extraordinarily important to the Continental world.”