‘Tis the Ski-son: A Year in Review 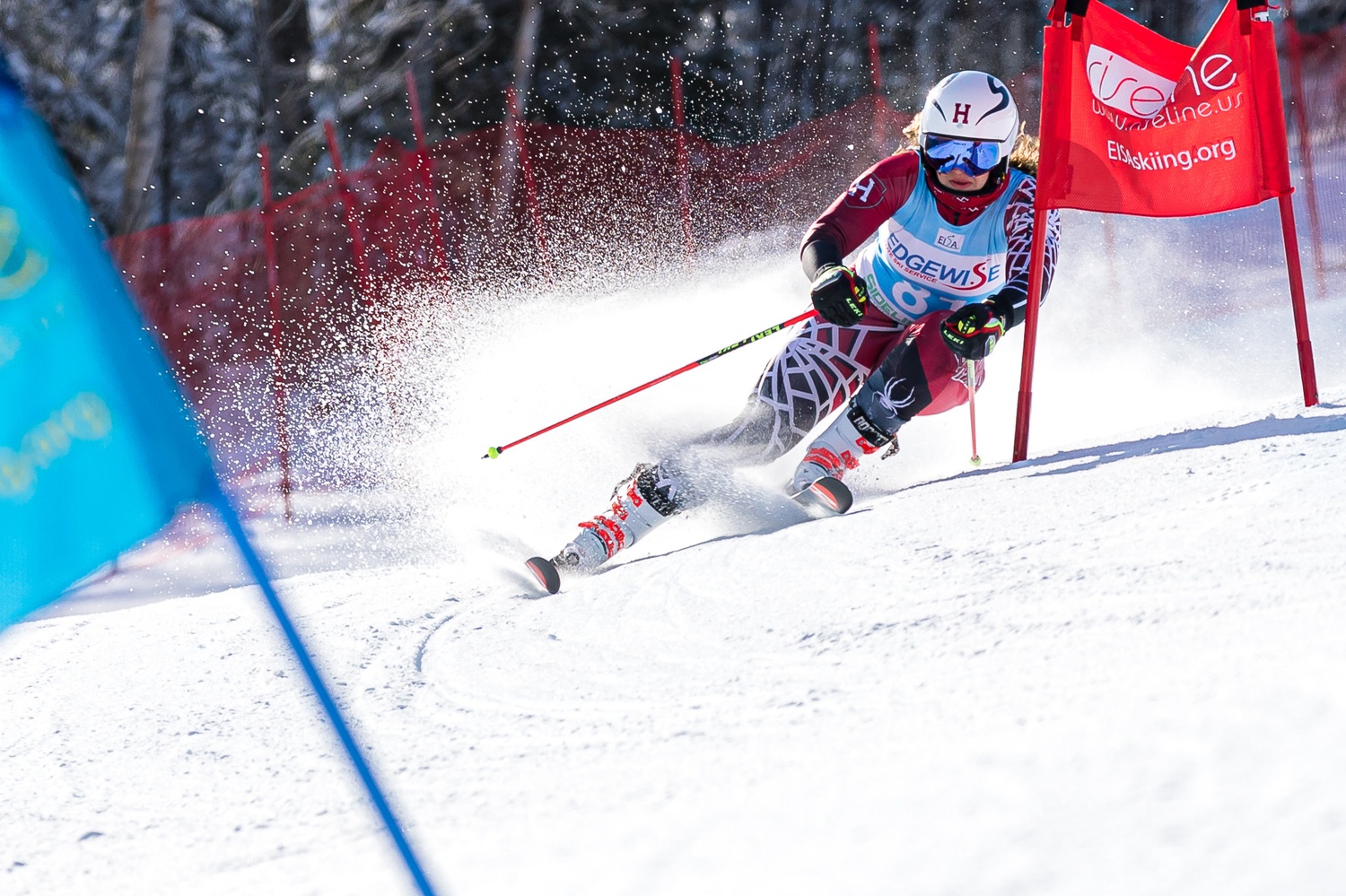 The lack of snow in Cambridge this year has not stopped the Harvard Alpine and Nordic ski teams from having a historic season. Last week, the ski team concluded its regular season by placing 10th out of 26 teams at the Williams Carnival. Crimson skiers dug deep, with sophomore Emma Ryan and senior Dillon Smith posting career bests, along with five men finishing in the top 50 and three women in the top 45 for the slalom race.

Last week’s carnival especially resonated with junior captain Nellie Ide, who described the race as the culmination of not only intense dedication and training from all members of the team, but of their resilience and persistence through challenges.

“Everyone has handled [injuries and other challenges] really well,” Ide said. “We’ve had a little bit of challenges with injuries, having some people not able to race, but we’ve definitely had some really strong results from pretty much everyone on the team. We’ve been getting a lot of career best finishes, which is really exciting.”

Practices for the ski team are a greater ordeal than most other teams’ walks across the river. On three separate days during the start of the week, the Alpine team leaves a dark and sleepy campus at 5:30 A.M. for a two-hour drive. After a few hours of training in the New Hampshire mountains, they return to campus in time for noon classes. Thursday afternoons see the team travel to carnival sites throughout New England, and Fridays and Saturdays bring intense and competitive races.

The Nordic team’s schedule follows a similar weekly structure. Three mornings bring productive practices that take place at a ski track 15 minutes away from campus. The team also leaves Thursday afternoons to inspect the courses and to get in the zone for its weekend race. Surprisingly, the least amount of training for the year is done during the winter.

“Most of the hours people put in come during the summer and the fall,” sophomore James Kitch said, chalking the lack of in-season training up to travelling and races.

Front-loading training allowed both teams to start the season on a high note at the first ever Harvard Carnival. This kickoff was the culmination of efforts from the team and coaching staff, along with the athletic department, in organizing this inaugural race. Both teams showed up in force, with many skiers notching top 10, 20, and 30 finishes in their respective races. One skier’s performance stood out amidst these impressive results — in his first ever race for the Crimson, first-year Rémi Drolet placed second in the men’s 20km classic race.

Both Kitch and Ide expressed high levels of optimism, not only for the first-years on the team but for future classes of Harvard skiing. The sophomore described this season’s team as the most “competitive and promising” it’s ever been. This is largely in part to outstanding performances from first-years like Drolet, as well as Annabel Hagen, Lily Brunelle, and Phoebe Meyerson. Ide, along with witnessing the improvements of every new addition to the team, credited Alpine head coach Scott MacPherson for his contributions to recruiting this current class of great skiers.

“The program is becoming a lot more competitive in the East,” Kitch said. “We’ve been attracting many talented [and] motivated skiers.”

In addition to successful outings at races hosted by other teams such as UVM and Colby, the Bates Carnival was most indicative of the Crimson’s fantastic season. Drolet won the men’s 20km classic race — the first men’s nordic skier from Harvard to win a race since the 1972-1973 season. Compounded with Kitch’s seventh place finish and sophomore Liam McInroy’s career best at 19th, the men’s Nordic team recorded a historic second place in the race. Ide also recorded a career best, as well as one of the Crimson’s best finishes in recent history, by placing fifth in the women’s slalom.

The ski team looks to continue its success at the Eastern Intercollegiate Ski Association regional carnival next week at Middlebury after this weekend of rest. Ide hopes the whole team can be healthy and ready to suit up for this last race, and both she and Kitch believe that Harvard will be represented at the NCAA championships in Montana in March. Ending the season is never easy, but, in light of this year’s success and the incoming additions to the Crimson’s already talented team, Kitch emphasized that “it’s a really exciting time to be a Harvard skier.”