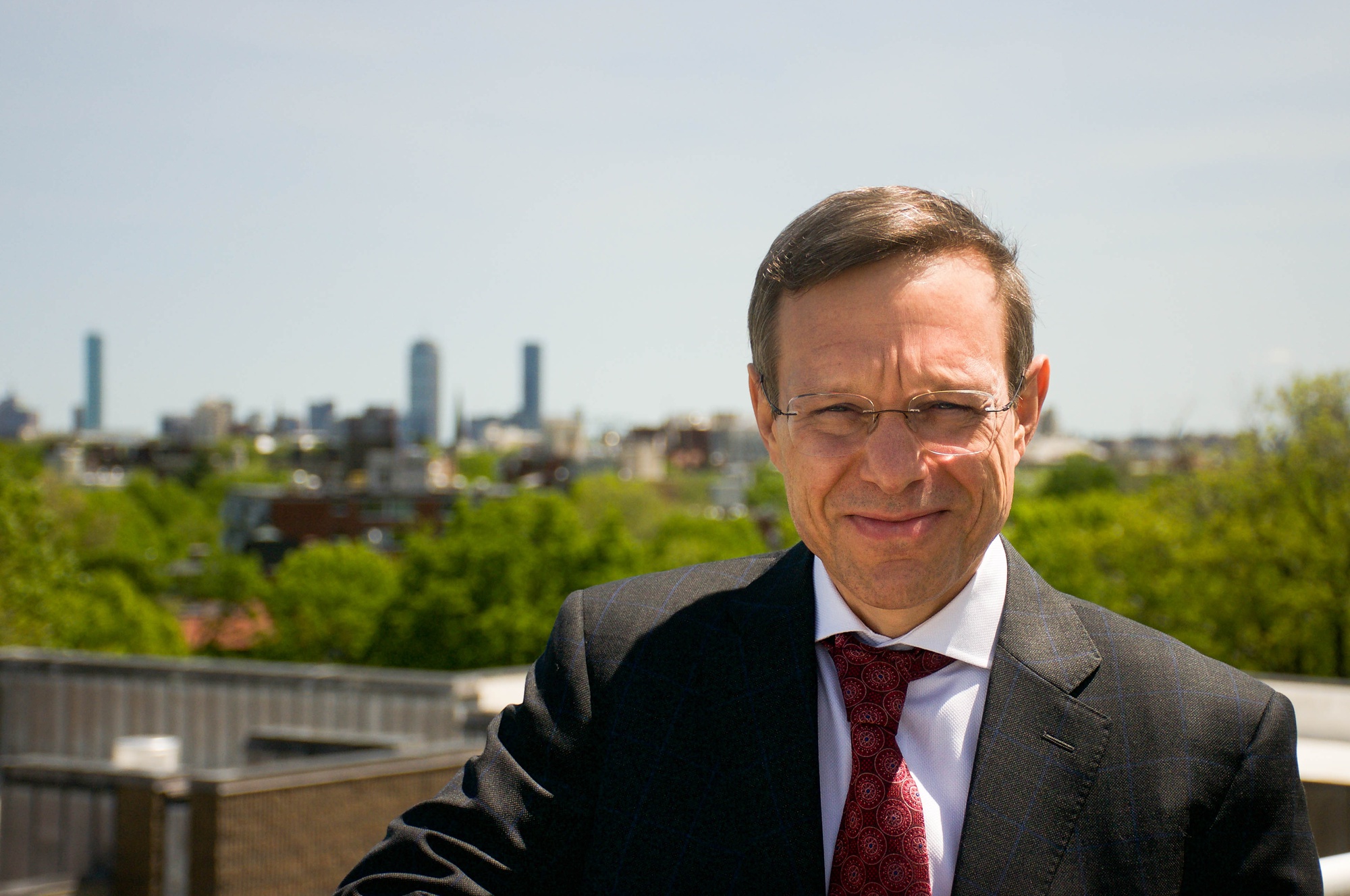 Professor Avi Loeb, the director of Harvard's Department of Astronomy, poses for a portrait on the roof of the Harvard-Smithsonian Center for Astrophysics.
By Ethan Lee, Crimson Staff Writer

Scientists at Harvard and Vanderbilt University released a study Friday showing that only a fraction of stars eventually collide as black holes.

Karan Jani, a co-author of the recent study and postdoctoral fellow at Vanderbilt University, said the motivation for the research came from the understanding that only a certain amount of stars can become black holes and eventually collide, a concept the team called a “stellar budget.”

“The maximum is that every star becomes a black hole. But that’s not true, because the sun is not going to become a black hole,” Jani said. “So there is only a fraction of the stars that can become black holes, and so that’s where we started finding a fraction of how many of them end up being black holes?”

Black holes are born when massive stars collapse into themselves and can go on to orbit and collide into each other. These interactions cause gravitational waves, called “LIGO events” after the Laser Interferometer Gravitational-Wave Observatory, a laboratory that focuses on tracking gravitational waves in the universe.

The study found that roughly 14 percent of stars collide after becoming black holes. Abraham "Avi" Loeb, a co-author of the study and chair of the Harvard Astronomy department, said researchers compared the birthrate of stars and the rate of LIGO events to arrive at the figure.

“We know the birthrate of stars of all masses, and especially those very massive ones, we know how frequently they are born, per unit volume in the universe,” Loeb said. “Then, we see the LIGO event rate, we see how many events take place per unit time, per unit volume. And we ask, which fraction of the most massive stars, which fraction of them participates in those LIGO events. And by ‘participate,’ I mean two black holes being in a pair that merges [and] comes together because of the emission of gravitational waves.”

Jani said the research will provide a foundational understanding of the production of black holes from stars.

“What our study does is, it is almost like a financial theory of black holes where you have this credit of how many [stars] you can make into black holes and how many of them are out,” Jani said.

Loeb said he thinks the future is bright for other kinds of research involving black holes.

“Altogether, this is really a very exciting time to work on black holes. These are regions of space and time that are the most extreme,” he said. “They are very distorted, and when you get into a black hole, you can never get out. So, they are the ultimate prison.”