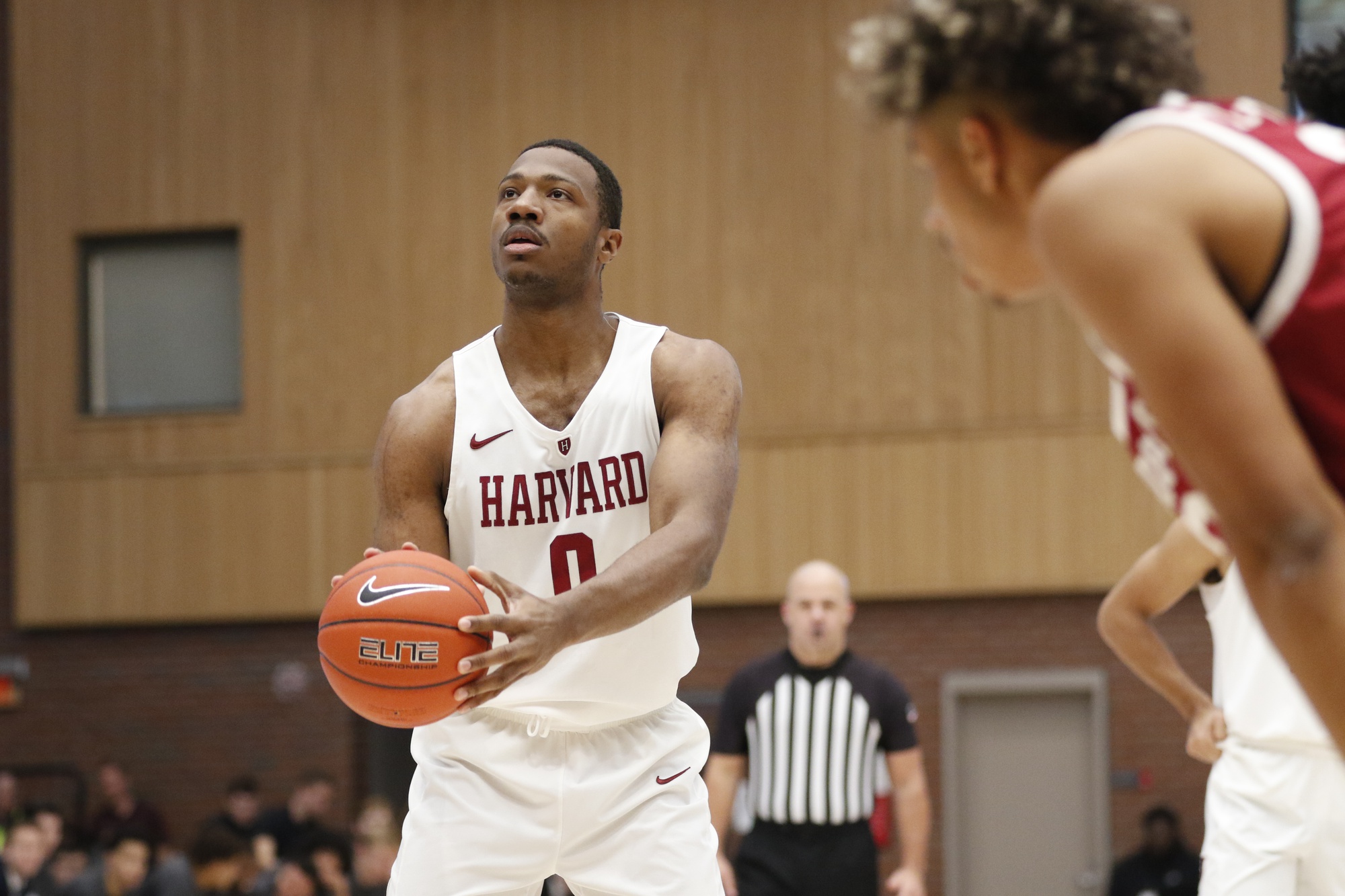 Digging itself cavernous 19-point and 23-point holes before halftime, the Crimson mounted two vigorous comeback efforts against Penn and Princeton. But despite a fury of late threes from the likes of Justin Bassey and Danilo Djuricic, the clutch late-shooting of Noah Kirkwood, and lasered defensive focus in the final stretch of play, the Crimson dropped right at the precipice of its dogged climb — twice.

Now, the core senior class sees itself at a foreign 2-2 to start Ivy play and must gaze up at two so-far-perfect teams, Princeton and Yale. Compounded by another inhospitable weekend on the road — this time at New Haven and Providence — the Crimson may soon be at-risk of having more than individual games to crawl out of.

But as it prepares for (what certainly feels like) the final weekend away from Lavietes Pavilion, the message from Coach Tommy Amaker is clear — the Ivy League is too unpredictable to ‘overthink’ placement in early February, and the team’s resilience and existing talent is enough to get back on top.

“As I told our guys, it's a long horse race,” Amaker said. “...We just need to kind of keep our noses to the grindstone, and keep working and putting in our time and effort and preparation. We're good enough to win games if we can certainly do these little things along the way.”

One of those “little things”, according to senior guard Christian Juzang, is preventing lapses of attention on the defensive side, particularly in hostile road environments.

“Honestly, I think it's like an intangible thing, but just making sure we don't have any breakdowns on coverages, things that they can kind of get that momentum,” Juzang said. “Especially on the road it can get out of hand, pretty quickly.”

On Friday, Harvard will re-enter a familiar dragon’s lair, one which has in past matchups represented just how heart-throbbing and teetering rivalry contests can be. Last season, the Crimson’s Bryce Aiken zoomed coast-to-coast and silenced most of the John J. Lee Amphitheater with a buzzer-beating fadeaway. But Yale paid back the favors when it mattered the most, stomping the Crimson in the second half of the Ivy Tournament final to book its second NCAA appearance in four years.

It has both the interior size — led by senior forward Jordan Bruner (Ivy lead rebounder) and junior forward Paul Atkinson (Ivy most accurate field-goal getter) — as well as the perimeter shooting to quickly string together dangerous stretches of play. Junior sharpshooter Azar Swain has converted on 163 triples this season to lead the Ancient Eight, while a trio of guards in sophomore Matthue Cotton, junior Jalen Gabbidon, and senior Eric Monroe are each hovering at the .400 mark in both field goal and three-point percentage.

“As of late they have found a nice rhythm and I think this year is very impressive [given] how much they lost from a year ago,” said Amaker in referring to the departures of current NBA rookie Miye Oni, guards Alex Copeland and Trey Phills, as well as big man Blake Reynolds. “The kid Atkinson on the inside, is giving them solid consistent play. I've always thought that the Monroe kid at the point guard position…he's been a game manager. He hadn't been the guy that you need to go get 20 points, but what he does he makes all the right decisions and gets everybody involved, and he just he's solid and smart.”

While the Crimson relinquished its eight-game win streak this past weekend, its Fridays foes are on a six-game spurt of its own, having easily handled Columbia and Cornell at home this past weekend with a combined margin of victory of 46 points. Against the Big Red, Swain converted on six triples as part of a 25-point night. The interior-minded Atkinson, who leads the team with 17.1 points per game, also impressed with a 24-point outing.

Prior to last weekend, the Bulldogs swept its series over Brown with two double-digit victories. The Bears, outside of losing wing Desmond Cambridge to transfer, retain much of its veteran core including its shifty point guard Brandon Anderson and reliable finishers Tamenang Choh and Zach Hunsaker. Brown also took care of business against the Lions and Big Red, and hold identical 2-2 records with the Crimson. Having dropped to the Bears last season at Providence, Harvard cannot discount this match by any capacity.

“I think they're athletic enough to match up with us,” Amaker said. “They made a point of emphasis of recruiting in that direction the last few years to get better and more athletic and they've done it….we talked about regrouping and responding and I’m anxious to see how we're going to do that.”

The Crimson will need to carry forth another weekend with the status of star point guard Bryce Aiken in flux, as no official update has been provided as to the extent of his ankle injury. Offensively, Harvard’s conference offensive numbers — outside of three-point shooting — have been a tad below its season averages. That said, the scoring production of key players who must shoulder Aiken’s load, including seniors Juzang, Bassey, and Chris Lewis, have all gone up so far in Ancient Eight play.

Much of that scoring however (particularly in the past two contests) have come in the face of considerable deficits, something that the Crimson can ill-afford to stomach for another two games.

As the statistical underdogs on Friday and the targets of a back-to-back home upset on Saturday, the Crimson are in for another team-testing weekend. At the very minimum, some resemblance of momentum will be sought after as it awaits a return to Lavietes.