Harvard managed to finish 12th out of 17 squads in a highly competitive event last weekend. 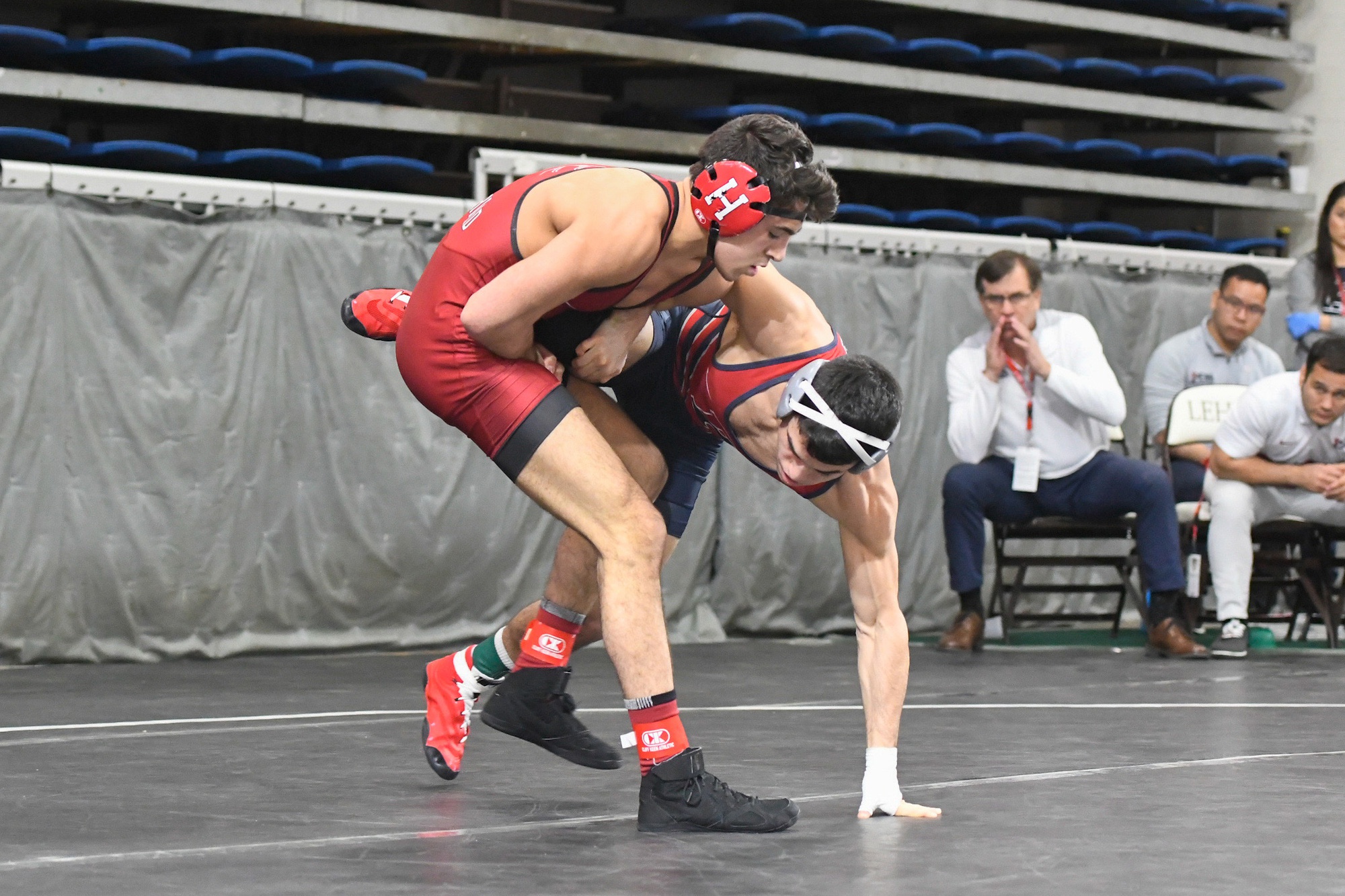 In spite of several strong individual performances this past weekend, Harvard placed 12th out of 17 squads. By Courtesy of Brent Hugo
By Nicholas Daley, Crimson Staff Writer

After a year marked by exciting triumphs and frustrating setbacks, Harvard wrestling took the mats at the EIWA Championships last weekend. Competing in one of the best conference tournaments in the nation, Harvard placed four wrestlers in the top eight of their weight classes and saw two freshmen punch their tickets to the National Championships. But the Crimson could not crack the top 10 as a team, finishing 12th out of 17 squads.

On the first day of competition, athletes needed to go 2-1 to advance to the next day and have a chance at making the podium. Starting at 125 for the Crimson was senior Nolan Hellickson, who missed the last two weekends of the regular season after breaking his hand in practice. Though he dropped both his matches on the day, in the eyes of Head Coach Jay Weiss, the results do not tell the full story of his contribution.

“To see Nolan come out and wrestle when he had surgery 3 weeks ago on his hand to finish his last EIWA tournament, that was great to see,” said Weiss. “This is Nolan’s fifth year. He took a year off because of injury - just talk about dedication.”

At 149, junior Zeth Dean dropped two tight decisions, each coming down to three or fewer points. At 174, first-year Pete Ferraro, who dealt with injuries all year before rejoining the starting ranks down the stretch of the season, fell to both of his opponents, including the eventual 5th-place finisher. First-year Mike Doggett lost his first round match at 184 in the overtime period before dropping another match in the consolations, and junior Evan Callahan fell in his first bout before bowing out of the tournament.

At 141, junior Lukus Stricker split his first two matches, losing a painfully close 3-2 match to Navy’s Cody Trybus, the eventual 141-pound champion, and beating Sacred Heart’s Gerard Daly 13-6. With a spot in the second day on the line, Stricker lost another tough match in overtime to Doug Zapf of Penn, who went on to come in fourth in the tournament.

Wrestling at 133 pounds, freshman Michael Jaffe entered the tournament as the 10th seed but began his day by upsetting 7th-seeded Carmen Ferrante of Penn, 8-6. He then lost to Binghamton’s 2nd-seeded Zack Trampe but beat Brown’s Charles Faber to secure a spot on the podium.

Captain Hunter Ladnier entered the 157 bracket with high hopes after a season of impressive results, including being one controversial challenge call away from beating top-seeded Quincy Monday last month against Princeton. The 6th-seeded wrestler from Harvard started off the tournament by majoring Jack Stanton-Taddeo from Navy, who ended up placing 7th. Ladnier fell to eventual 157 champion Josh Humphrey from Lehigh in the quarterfinals but pinned Franklin & Marshall’s Cole Aaron to move onto Saturday.

Harvard’s freshman stars, 165-pound Phil Conigliaro and Heavyweight Yara Slavikouski, who came into the tournament with one combined loss this decade, both took care of business on day one. Conigliaro, on a first round bye, secured a major in round two and an 8-4 decision in the quarters to take him to the semifinals, while Slavikouski rested the first round before pinning his opponent in the round of 16 and grabbing a 4-1 victory in the quarters.

On day two, Slavikouski was the first to face off for the Crimson, taking on Hofstra’s Zachary Knighton-Ward. Down 1-0 going into the 3rd period, an escape from bottom position was the window Slavikouski needed to gain the upper hand over his opponent, riding a 3-1 victory into the finals. There, he met returning All-American Jordan Wood of Lehigh. The native of Belarus kept it close before a sudden takedown allowed Wood to pull away with a 9-2 win. Runner-up status gave Slavikouski an automatic bid to NCAAs, where he will likely see Wood again on his road to becoming Harvard’s first All-American since 2012.

Slavikouski’s fellow freshman Conigliaro was next on the mat for the Crimson, staring down Zachary Hartman of Bucknell in the semifinals. After losing an 8-7 heartbreaker in overtime, Conigliaro rebounded in the 3rd-place match, beating Navy’s Cael McCormic 5-4 on a tiebreaker. With the bronze, Conigliaro joined Slavikouski in securing a trip to Minnesota next week, where he also figures to be in contention for an All-American finish.

Jaffe lost to Andrew Rinne of Columbia to place eighth for the Crimson, and Ladnier, in possibly his final day as a college wrestler, split two matches to reach the fifth place match, where he took a satisfying 8-1 victory over Cornell’s Adam Santoro.

“He wrestled so hard, he just came up short,” said Weiss. “It’s been a true honor to sit in the corner with him. [He and Hellickson] mean a lot to this team and have played a huge part in the turnaround we’ve had this year.” Ladnier is now waiting to see if he can secure an at-large bid to the NCAA tournament.

Though the Championship came with some disappointment as several tight matches went against the Crimson, they left Lehigh’s campus with much to be proud of. For two of the Crimson, there is one more meet to go. “I think [Phil and Yara] both lost to guys that they can beat,” said Weiss. “They’re capable of doing great things.”

— Staff writer Nicholas Daley can be reached at nicholas.daley@thecrimson.com