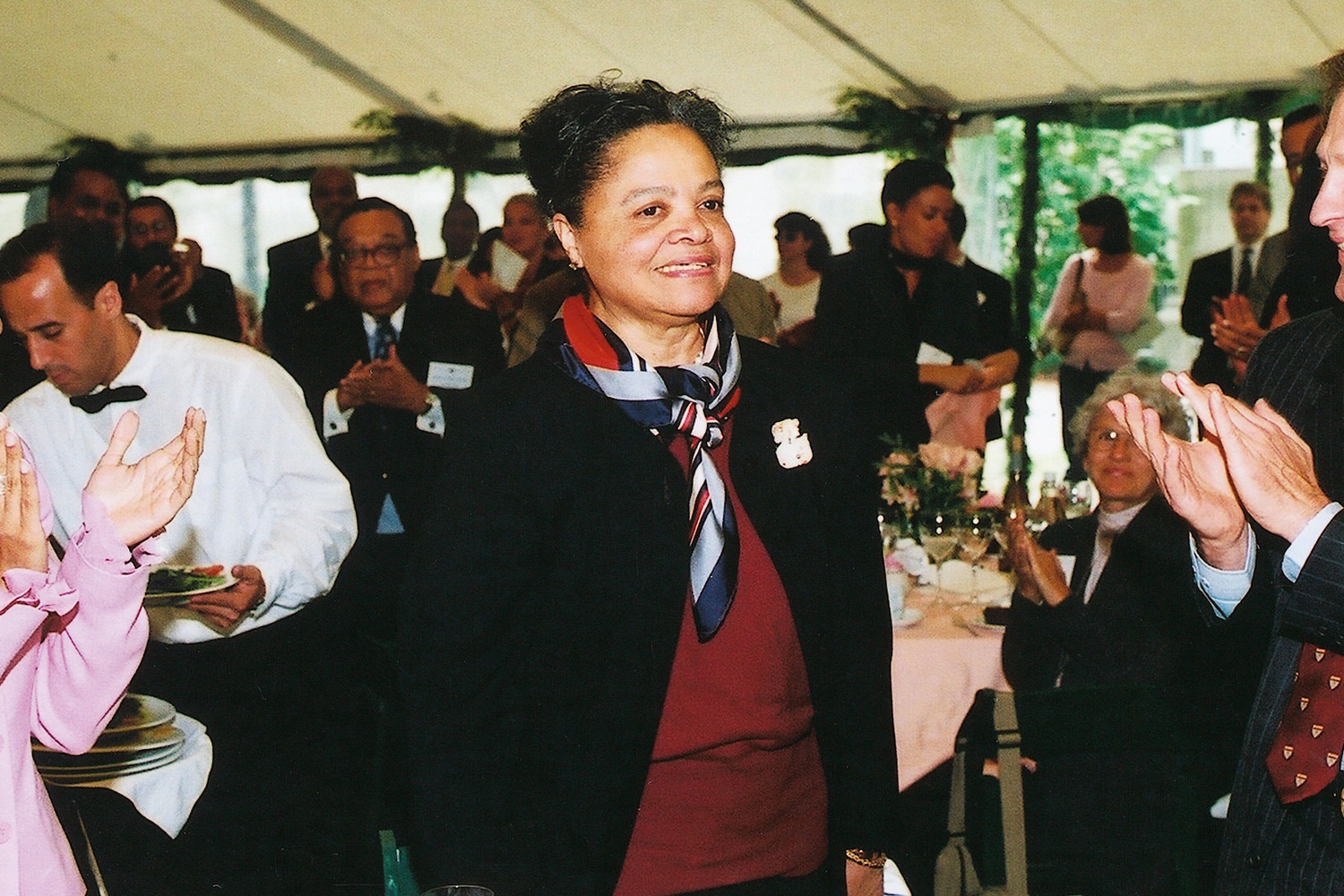 Lila A. Fenwick graduated from Harvard Law School against all odds — though she herself didn’t necessarily see it that way.

In 1956, Fenwick became the first black female graduate of the Law School, just three short years after the school first counted women among its graduating classes. But, driven and determined, she told the Harvard Law Bulletin in 2000 she believed with certainty since childhood that she would one day become a lawyer.

“It never occurred to me that there were going to be any obstacles,” Fenwick said at the time.

Fenwick, who suffered from dementia for several years, died on April 4 at 87 years old from coronavirus-related illness.

Fenwick was born on May 24, 1932 in Manhattan after her parents, John and Hilda Fenwick, emigrated from Trinidad to New York, according to the New York Times.

She studied at Barnard College as a member of the Class of 1953 before attending Harvard Law School, and then the London School of Economics. After finishing her education, she worked in the Division of Human Rights at the United Nations, where she specialized in gender, racial, and religious discrimination and the protection of indigenous populations.

Barnard College, Fenwick’s alma mater, wrote in an email that it sends its condolences to her family and friends and applauds her work in advancing human rights around the world.

“Ms. Fenwick's incredible commitment to human rights and historical contributions to higher education embodies all that Barnard strives to achieve in preparing young women to go out and change the world,” the email reads. “We are proud to know she left a mark not only at Barnard but on society as a whole.”

Fenwick retired from her role in the United Nations in order to stay with her family after her division moved to Geneva between 1973 and 1974, according to the Times.

According to Reed, Fenwick lived in segregated housing during her time at the Law School and often told the story that the dean of admissions at the time invited all female students to a dinner in which he asked them to justify taking a place at the school from men.

Still, Reed said Fenwick stayed active in alumni circles after graduating and seemed to enjoy her time at the Law School.

“She met with a lot of resistance while there based on race and gender in particular, but Harvard can also be a challenging place generally,” Reed said. “She was probably challenged in ways that were instructive, and I do think that was a formative part of her identity.”

“Lila Fenwick was an extraordinary leader who devoted her career at the United Nations to protecting the human rights of all people across the globe,” he wrote. “Her leadership, humanity, and wisdom will be sorely missed."

Fenwick loved gardening, the opera, and spending time at the beach, according to Reed. He also said Fenwick admired the arts, recalling a museum visit the two shared around the time of his freshman year at Harvard.

“We went to the Studio Museum in Harlem, and checked out this exhibit by Kara Walker, who's a pretty avant-garde visual artist,” he said.

Reed said Fenwick asked for her estate to be dedicated to programming and scholarships that celebrate the achievement of black women in higher education.

“She would want to be remembered for that belief in that kind of patronage of and cultivation of a new generation of leaders,” Reed said.

Reed also recognized the team of home health aides and social workers who cared for Fenwick as she suffered from dementia, attributing his cousin’s comfort and continued ability to live in her own home to their assistance.

“It was a challenging situation managing some of those affairs, but it wouldn’t have been possible had it not been for people who just really cared about her personally and would go above and beyond the requirements of your hourly home health aide job in order to look out for Lila,” he said. “On behalf of my family, I want to say a profound thank you to all of those people.”

He added that Fenwick deserves admiration not only for her place in the Law School’s history, but also for her self-confidence and resolution.

A previous version of this article incorrectly stated that Fenwick attended an exhibit of Alice Walker's work. In fact, it was the artist Kara Walker.