Amid rising numbers of unemployment and eviction cases, Greater Boston Legal Services has helped to fill resource gaps and provide legal aid to those most negatively impacted.
By Jessica Lee and Austin W. Li 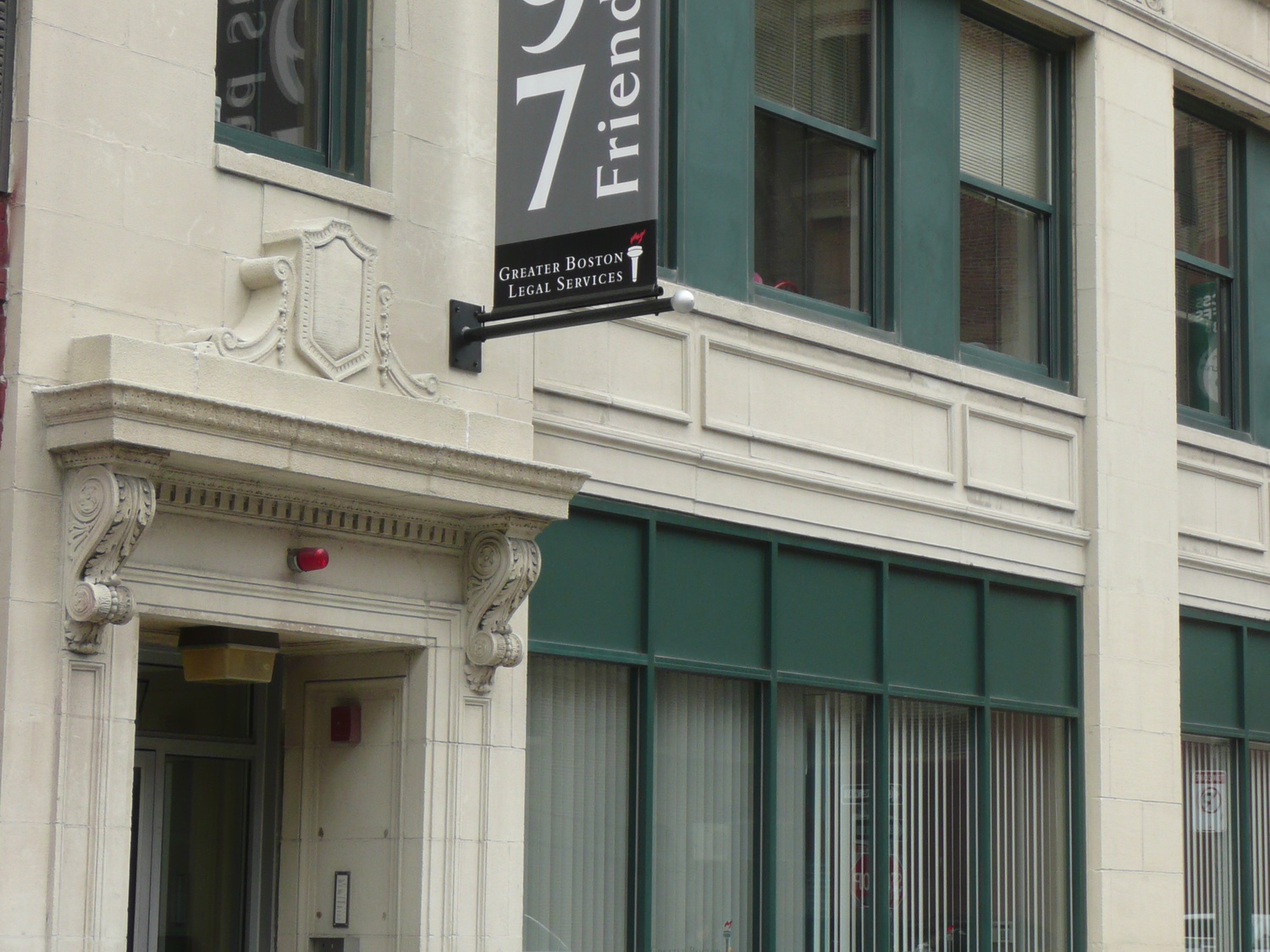 As the coronavirus pandemic devastated the health of tens of thousands in the Boston area, it also imparted wide-ranging socioeconomic impacts on the city’s many low-income residents.

Amid rising numbers of unemployment and eviction cases, Greater Boston Legal Services has helped to fill resource gaps and provide legal aid to those most negatively impacted.

GBLS, a nonprofit organization that provides free legal assistance to low-income individuals and families, has opened up a variety of new programs and services since the start of the pandemic. The nonprofit has also transitioned its existing services into virtual formats through video conference platforms like Zoom.

In addition to virtual legal consultation, GBLS is providing hotlines for a majority of their services, from unemployment and housing to special services like the Asian Outreach Legal Clinic. Individuals can leave voice messages and receive individualized legal assistance from GBLS attorneys free of charge.

During the pandemic, the agency has also maintained its advocacy work with local grassroots organizations like City Life/Vida Urbana and the Chinese Progressive Association.

David J. McKenna, the co-chair of the wage and benefits practice at Harvard Legal Aid Bureau, said GBLS’s responsiveness to the public health crisis can be attributed to its relationships with individual stakeholders and local services.

“Based on those relationships [GBLS was] able to adapt in a way that they might not have known how to adapt if they didn't have relationships with people who are directly impacted,” McKenna said.

Liliana H. Ibara, deputy director at GBLS, attested to the adaptive measures the agency has employed in order to carry its mission forward.

“Right now I think we're preparing remotely to figure out how we are going to meet a real influx of cases as the courts start opening up again,” Ibara said. “And so we've had to be pretty creative.”

As job losses have surged amidst the pandemic, Ibara said the agency has seen a spike in demand for its employment resources.

In April alone, Massachusetts lost 623,000 jobs, bringing the unemployment rate to 15.1 percent, the highest in over four decades.

Brian J. Flynn, managing attorney of the employment law unit, said that the “unprecedented job loss” has particularly led to an increase in requests from non-English-speaking households.

“[The agency was] particularly unable to deal with the volume of callers for non-English speakers,” he said. “So that is what generated the response to shift our work.”

In order to accommodate this demand, GBLS has translated its services to seven different languages, including Chinese, Nepali, Portuguese, and Spanish.

Among the growing number of non-English speaking clients the agency serves, Flynn said he is especially worried about undocumented immigrants.

GBLS has historically ensured that its services are accessible to all low-income individuals, regardless of documentation status. In order to fulfill this mission, GBLS withdrew from $1.4 million in federal Legal Services Corporation funding in 1996. The funding, if accepted, would have prevented the organization from serving immigrants or engaging in certain types of advocacy.

Prior to the pandemic, the organization’s employment law unit mainly provided aid to people who were denied unemployment benefits. The practice has shifted its focus to helping people file unemployment insurance applications since March, according to Joseph J. Michalakes, a staff attorney in the employment and housing units.

“And it's not just doing the applications, it's also creating a system to maximize the amount of partners who can help build out our capacity to help as many workers as possible,” he said.

Alongside its response to the unemployment crisis, GBLS has worked to accommodate rising numbers of clients affected by housing insecurity.

It supports these clients through the Massachusetts Defense for Eviction, a virtual walkthrough program that helps people fill out eviction complaint documents and provides self-guided assistance to tenants facing evictions, with services available in Chinese, English, Haitian Creole, Portuguese, Spanish, and Vietnamese.

GBLS has not only responded to emerging housing needs with a direct service provision, but also launched advocacy campaigns targeted towards eviction defense and rent provisions.

Recently, the agency contributed to the effort to enact a temporary eviction moratorium in Massachusetts. Signed into law on April 20, the moratorium puts a halt on all non-essential evictions in the state. It will remain in effect for either 120 days or 45 days after the governor lifts the Commonwealth’s state of emergency status.

Bowman emphasized that the moratorium would not have succeeded if “it was just a bunch of lawyers.”

The moratorium’s success was fostered by partnerships with organizations like City Life/Vida Urbana, legal groups like Harvard Legal Aid Bureau, and state legislators, according to Michalakes.

“We worked in tandem with City Life and other community groups to come up with both an outreach strategy [and] media strategy to get as many stakeholders involved in advocating to shut down the court as possible,” he said.

“I think a provision like this, certainly, if you talked to people before the crisis, is perceived as pretty damn radical,” he added.

As GBLS has adapted its services to meet the demands of the pandemic, it has remained cognizant of the unique legal issues faced by minority groups.

In particular, the agency has targeted its support towards the Asian demographic during the pandemic due to increased “anti-Asian discrimination and targeting,” according to Bowman.

One special service that GBLS offers is the Asian Outreach Legal Clinic. The clinic works specifically with Chinese and Vietnamese speakers to provide assistance in applying for unemployment insurance, public benefits, and other emergency relief funds.

The program is part of the larger Asian Outreach Project, which provides legal assistance to over one thousand low-income Asian immigrants each year.

Bethany Y. Li, director of the Asian Outreach Unit, said the population of Asian immigrants is particularly in need of service because of the lack of native Asian language speakers at other Boston legal groups and organizations.

“I think that initial contact with the community can be really difficult without people on staff who understand the community, and can speak the language who are bicultural and bilingual,” Li said.

The AOU is staffed with Cantonese, Mandarin, Toisanese, and Vietnamese speakers, in addition to interpreters for other Asian languages.

The unit also works closely with grassroots organizations such as the Chinese Progressive Association and the Vietnamese American Initiative for Development to help workers secure better wages and working conditions.

In all of these efforts, GBLS remains attentive to the issues faced by people of color, according to Ibara.

“We do try to, as much as possible, bring a racial justice perspective to our work and to ask for what communities need,” Ibara said.

Bowman said GBLS’s commitment to helping low-income individuals and families will continue beyond the pandemic.

Although she hopes the agency’s current advocacy efforts may yield small steps forward in passing progressive policy, the fundamental work of the organization will remain unchanged, according to Bowman.

“Maybe we can fight to make sure that people at least have some access to enough income to meet their basic needs,” she said. “But I think our role in the community is not going to change. It's going to be the exact same as it was in 1900.”

Flynn said the pandemic has demonstrated the need for a minimum family income and a more robust unemployment tax system, citing the misclassification of people eligible for unemployment insurance.

“As an organization, what we would hope is that this crisis does reveal a need for a far more robust safety net in this country than we have,” he said.

Ibara said innovative technology usage amid the pandemic may benefit the agency’s future practices. She predicts an increase in the usage of video conferencing technologies that are essential to remote operations, such as Facebook Live and interactive presentations.

“We're thinking about how do we reach clients who were maybe hard of hearing and used to just walk into the office and know that they can get some kind of interpretation help at the office,” Ibara said. “How are we going to do outreach a little differently?”

During the pandemic, student volunteers have supported GBLS’s remote efforts in a variety of ways – from conducting client interviews and legal research to translations and oral advocacy.

It will be essential for GBLS to remain engaged with students, volunteers, and interns in the future, according to Bowman.

“We still have a long way to go,” she said. “I think that is important and critical for future generations, first of all, to understand that this is a shared responsibility, and that we all either rise or fall together.”