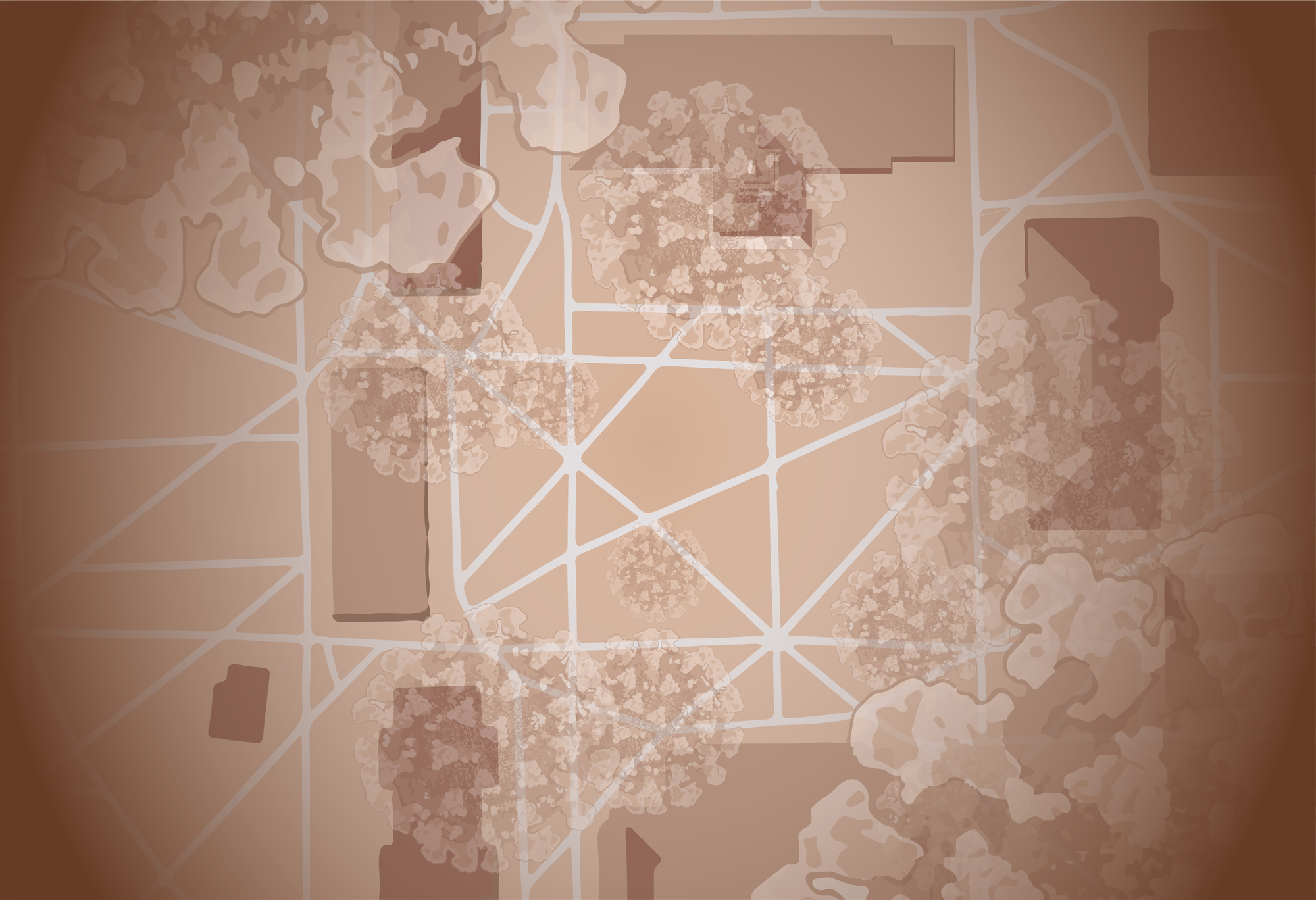 With thousands of students living in dense dormitories; eating in communal dining halls; and making near-constant contact in classes, during sports games, and at social events, the realities of college life left campuses like Harvard’s vulnerable when the novel coronavirus swept the United States this spring.

In response, Harvard closed its campus nearly entirely in March in an attempt to prevent the spread of COVID-19 — shuttering labs, moving classes online, and sending all but a few students home after spring break.

But though the University’s spring shutdown was unprecedented in scale, Harvard has dealt with many an epidemic and pandemic in its centuries of operation. COVID-19 marks only the latest chapter in a long history of campus responses to infectious disease, from smallpox in the 1700s to swine flu in 2009, though no outbreak has ever before precipitated such a large-scale and long-term closure.

Graham Mooney, an associate professor at the Institute of the History of Medicine at Johns Hopkins University, said that universities can prompt a lot of “concern” during outbreaks. As a result, each outbreak has necessitated new and innovative measures to contain the viral spread and protect faculty, students, staff, and visitors alike.

“You have these two things coming together — the infectious diseases and lots of children being in school, all of a sudden,” Mooney said. “The idea that you got all this pathological mixing… schools are seen as centers, foci of infection.”

When an epidemic of smallpox ravaged the New England states in 1721, Harvard was a mere 85 years old.

The idea of vaccines was just beginning to circulate, bolstered by Boston-based physician named Zabdiel Boylston. Thirteen Harvard students, a tutor, and a professor participated in Boylston’s experiments, making them among the first individuals ever vaccinated against smallpox.

During the smallpox epidemic, Harvard held a private, not public, commencement in order to limit virus spread. Harvard never fully closed, but many students fled campus during the outbreak and the University halved tuition for the quarter. Smallpox returned roughly nine years later. The University did not close, but it did cancel summer break to make up for low attendance rates due to the virus.

After that, in 1764, smallpox returned to Harvard’s campus, and in February of that year, Harvard closed its doors. A month later, it re-opened them, but students refused to return out of fear of the virus. Eventually, the decision to re-open was reversed and Harvard remained shut down.

Smallpox remained a constant threat, returning to Harvard’s campus in 1776. While many Harvard tutors and students underwent vaccination procedures, not all did and one unvaccinated tutor died in 1777 after contracting the disease. Harvard decided not to host commencement that year. 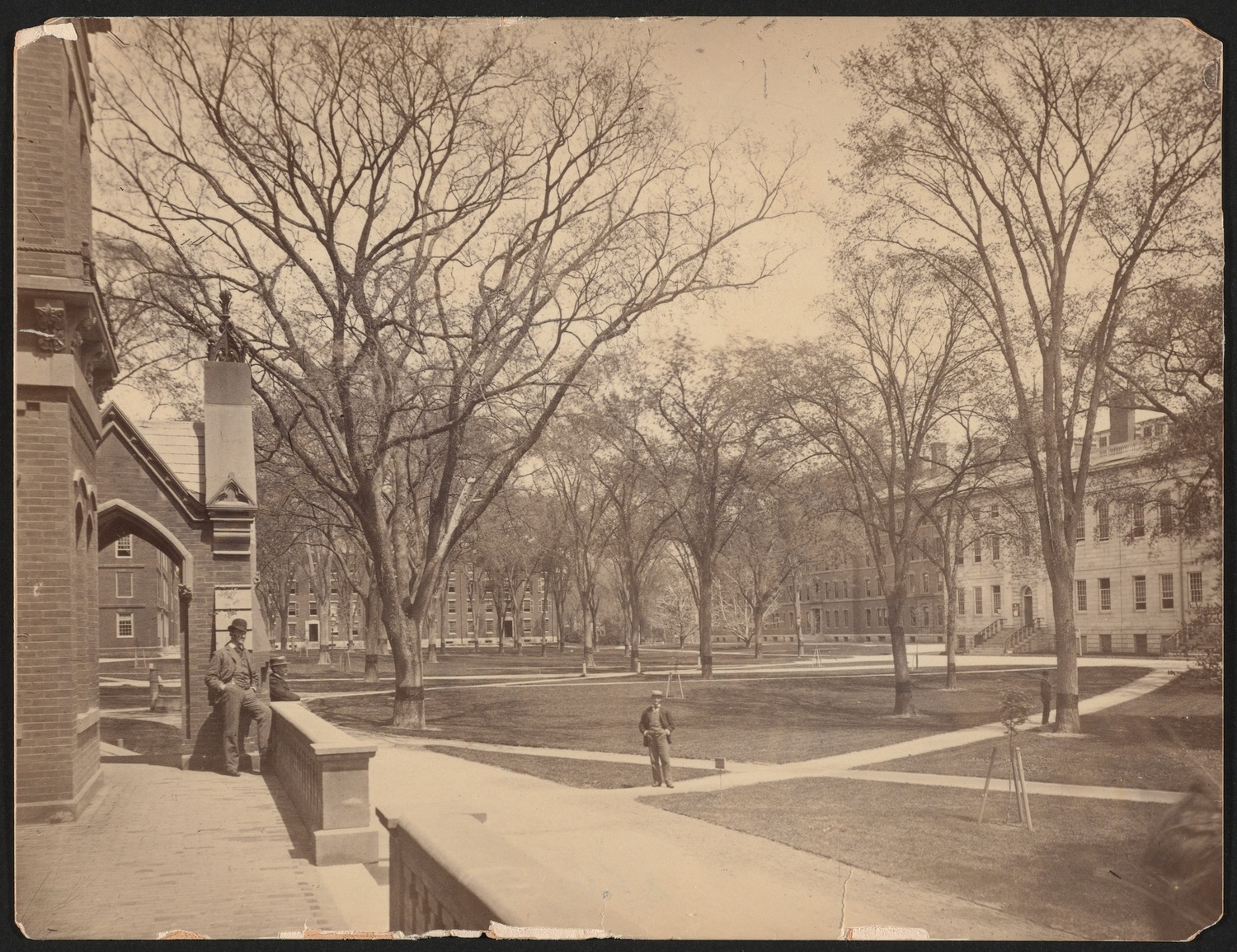 In an old photograph of Harvard Yard, University Hall and various First-year Dorms can be observed. By Courtesy of olvwork423535, Harvard University Archives

During many of the smallpox epidemics, students were instructed to avoid leaving campus, and were not allowed to visit friends or peers at local hospitals to limit the spread of the virus on campus. By the end of the 18th century, as vaccination became more widely accepted, Harvard allowed all students to be inoculated, but did not allow them to return to campus for four weeks following their inoculation. The policy led Harvard to shut down campus for four weeks in 1792 so students could be vaccinated.

In addition to the epidemics that circulated on campus, the epidemic that Europeans brought to Native Americans had a significant impact on the University’s history, according to Zachary Nowak, a College Fellow in Harvard’s history department.

“The epidemic that happens after Europeans have made contact with Native Americans in what is now New England, but before you have this beginning of long term settlement in 1630, 1620… that epidemic is actually also a super important one because that allows the English to settle and to start Harvard,” Nowak said.

Before COVID-19 struck, the most severe pandemic in recent American history — including on Harvard’s campus — dated back to a strain of H1N1 influenza that swept the country in 1918.

Commonly referred to as the Spanish Flu, the pandemic infected one-third of the world’s population and caused over 50 million fatalities, 675,000 of which occurred in the United States alone.

According to the CDC, the outbreak saw a uniquely high mortality rate for healthy people between the ages of 20 and 40 — posing particularly heady dangers to young people living on college campuses.

But despite the flu’s high mortality, the interventions Harvard implemented back then were far less drastic than those it took for COVID-19 this year.

In the fall of 1918, Harvard administrators quarantined the roughly 1,450 men in the Students’ Army Training Corps — a program similar to ROTC — and paused all classes with more than 50 students. Some professors divided their paused classes into smaller sections as a way of circumventing the University regulations.

George R. Minot, Class of 1908 — the acting Medical Adviser to the University during the 1918 pandemic — led Harvard’s charge against the virus, instructing Medical School fourth-years to inspect quarantined students daily and isolate any suspected cases.

Ultimately, Minot and the medical students treated 258 cases of the Spanish flu on campus. 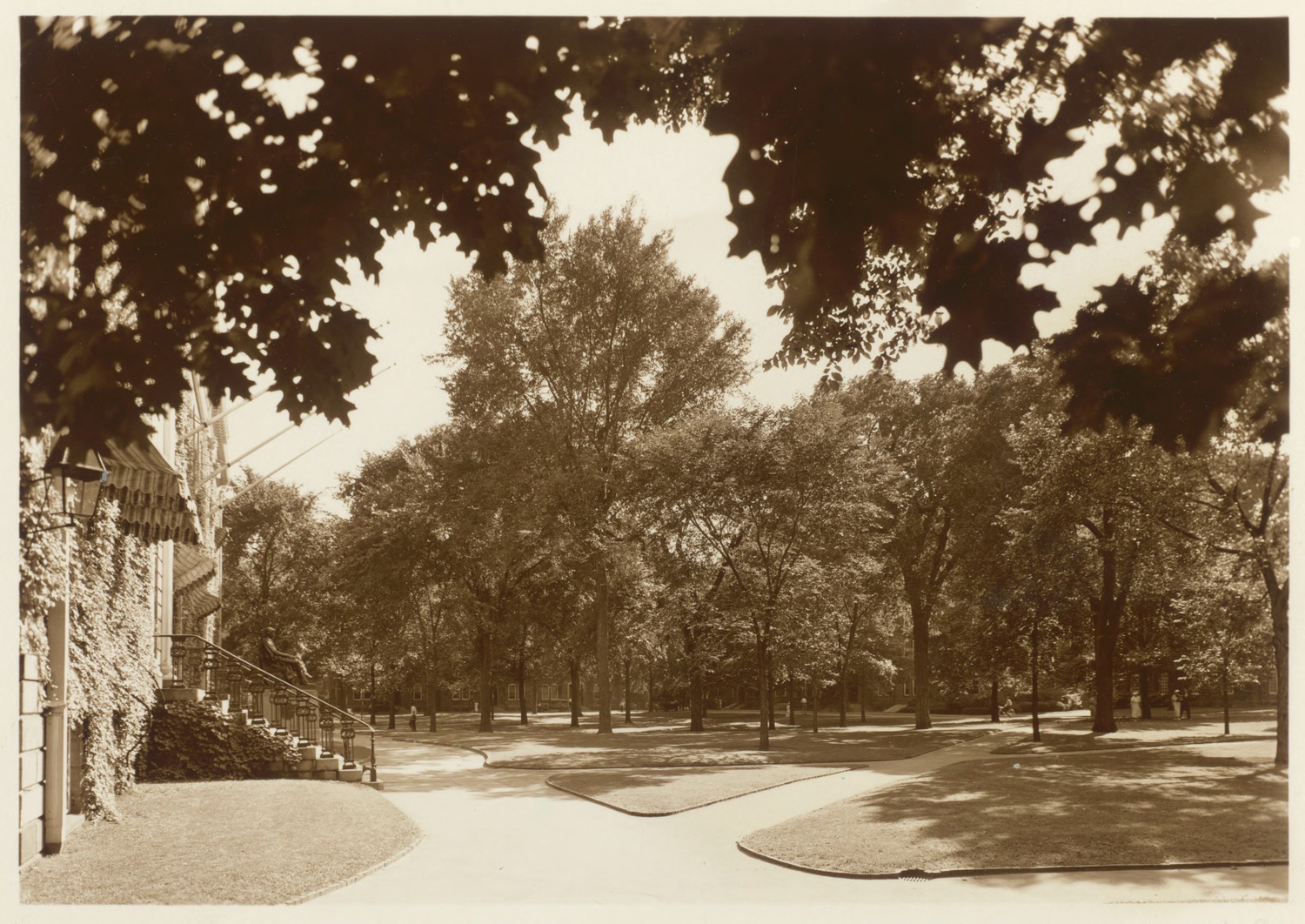 During the Spanish Influenza of 1918, University President Abbott Lawrence Lowell made the controversial decision to keep classes in session. By Courtesy of olvwork361412, Harvard University Archives

During the Spanish Flu pandemic, many colleges were hit harder than Harvard and imposed more severe restrictions. At the University of North Carolina, the president and his successor both died from influenza, and the entire school was placed under quarantine. Many schools, including Princeton and Wellesley, created on-campus infirmaries; others, like Stanford, mandated all students wear masks.

A few decades the Spanish Flu, Harvard and other colleges also briefly contended with polio on campus, though the case count on campus never reached beyond the double digits. A polio outbreak at Columbia nearly canceled a Harvard-Columbia football game in the fall of 1951, but officials ultimately decided a cancellation was unwarranted.

In the fall of 1955, a Radcliffe freshman contracted a mild case of polio, and 27 other Radcliffe students preemptively received gamma globulin shots. Earlier that same year, a senior at Harvard also contracted polio. Still, the University declined to enact a mass quarantine or take similar steps.

By comparison, the University had reported 127 confirmed cases of COVID-19 among its affiliates as of Tuesday. University President Lawrence S. Bacow informed affiliates of the first Harvard affiliate who tested positive on March 13, just three days after administrators told students to vacate campus. Bacow and his wife, Adele F. Bacow, contracted COVID-19 themselves in late March, and have since recovered.

Preventive measures such as masks and enforced social distancing policies seemed to work much more effectively than therapeutic treatments during the 1918 flu, according to Scott H. Podolsky ’93, a professor of global health and social medicine at the Medical School.

“People did try things, they did try things ranging from vaccines as therapeutics to active immunotherapy as treatment,” Podolsky said. “So there were treatments, but, you know, in hindsight we can say that most of the treatments were probably not efficacious, whereas some of the preventive measures were.”

Nearly a century later, in 2009, another strain of H1N1 hit campus, though on a far less severe scale.

As that strain — commonly referred to as swine flu — swept across the continental United States, Harvard College remained fully operational.

The University’s Longwood Campus — which consists of the Medical School, the T.H. Chan School of Public Health, and the School of Dental Medicine — closed for several days at the start of May after a third-year dental student contracted what health authorities considered a probable case of the H1N1 flu.

In September 2009, Harvard University Health Services ordered 19,000 doses of the H1N1 vaccine, exceeding the usual 12,000 doses. By the end of the outbreak, three dental students had confirmed cases of the H1N1 virus.

Though most of the H1N1 outbreak fatalities were people under 65, the virus’s overall mortality rate was approximately 0.02 percent — far lower than that of COVID-19.

As of May 23, there have been nearly 1.6 million cases of COVID-19 in the United States and over 96,000 deaths, with a death rate of approximately 6 percent.

Harvard’s most recent outbreak, meanwhile, also came to pass on a far smaller scale than COVID-19: In 2016, Harvard University Health Services saw more than 60 confirmed cases of mumps on campus.

The mumps vaccine is only 88 percent effective, and the 2016 outbreak occurred even though 99 percent of undergraduates were vaccinated against it, former HUHS Director Paul J. Barreira said at the time.

After an unspecified number of Harvard affiliates contracted mumps again in November 2018, HUHS urged students to take precautions — especially in advance of the Harvard-Yale Football Game, which normally draws dense throngs of students, alumni, and guests into stadiums and party spaces. But beyond the recommendations, HUHS declined to put any specific restrictions or interventions into place.

Today, it also boasts a wide range of innovations available that allowed it to continue classes online and communicate with and monitor its affiliates across the globe after the pandemic hit this spring.

Administrators are still deciding which of the measures they have taken so far to stymie the virus will remain in place this fall; but regardless, the upcoming semester, like the spring, will likely mark a continuation of an unprecedented chapter in Harvard’s long history contending with infectious disease.

—Staff writer Julia A. Kendall can be reached at julia.kendall@thecrimson.com.